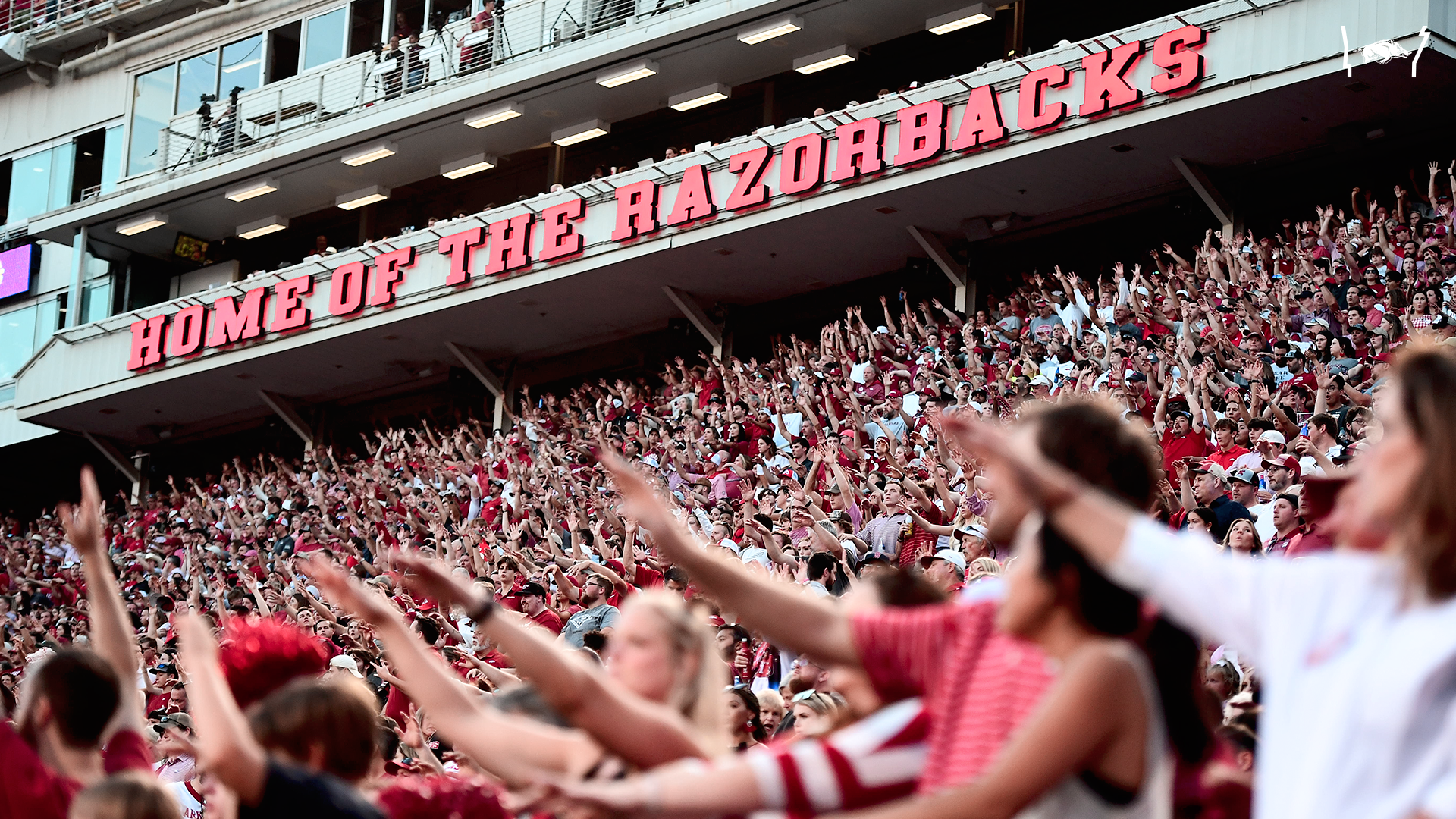 For the second time this season, a top-25 showdown comes to Fayetteville as No. 20 Arkansas hosts SEC West leader No. 2 Alabama at 2:30 p.m. Saturday, Oct. 1, inside Donald W. Reynolds Razorback Stadium on CBS.

1. – Under head coach Sam Pittman, Arkansas has gained 400+ yards of total offense in 19 of 27 games as well as in seven consecutive games dating back to last season.

Under head coach Sam Pittman, Arkansas has gained 400+ total yards of offense in 19 of 27 games and in seven consecutive games dating back to last season. pic.twitter.com/8x48g1hCDi

2. – The Crimson Tide hold a 24-8 series edge over the Razorbacks. Arkansas is looking to snap a 14-game losing streak against Alabama and pick up its first win in the series since 2006.

3. – LB Drew Sanders is tied for the national lead in sacks (5.5) this season. Sanders has tallied at least half a sack in all four games, including multiple sacks in two of those four contests. Earlier Friday, Sanders earned Butkus Award National Linebacker of the Month honors after leading Arkansas in tackles for loss (6.5), sacks (5.5), and forced fumbles (2) while ranking second in total tackles with 31 (team-high 16 solo) through four games. With the help of Sanders, who is tied for the national lead in sacks (5.5), Arkansas leads the country in sacks (20) and sacks per game (5.0) this season.

4. – Arkansas has totaled 200+ rushing yards in each of the first four games of the season for the first time since 2007. The Hogs are second in the SEC and rank ninth nationally in rushing, averaging 242.8 yards per game on the ground this season.

5. – LB Bumper Pool’s race to become the Hogs’ all-time tackler continues this Saturday against Alabama. Pool has climbed to second in the program record book (385 total tackles) through four games and is 24 tackles shy of surpassing LB Tony Bua’s 408 career tackles, which have been the program record since 2003.

6. – QB KJ Jefferson is one of two FBS quarterbacks with a rushing TD in five consecutive games. Jefferson has tallied 941 passing yards and 274 rushing yards through four games, making him one of two SEC players to rank in the league’s top 10 in passing and rushing. Jefferson became the first Arkansas QB to rush and pass for 100+ yards in a single game since Matt Jones did in 2004.

7. – RB Raheim “Rocket” Sanders ran for 100+ yards in each of the first three games this season, becoming the first Arkansas running back to do so since Jonathan Williams and Alex Collins did in 2013. Sanders leads the SEC and ranks fourth nationally in rushing yards (508) this season. He is one of only four FBS ball carriers to eclipse the 500-yard mark on the ground this year.

8. – Transfer WRs Jadon Haselwood and Matt Landers are the Razorbacks’ leading receivers this season. Landers has caught 15 passes for a team-high two touchdowns. Haselwood boasts a team-leading 80 receptions for 950 yards in 32 career games. An Oklahoma transfer, Haselwood led the Sooners with a team-best 39 catches for 399 yards and a team-leading six touchdowns in 2021.

10. – QB KJ Jefferson is the only FBS quarterback this season with 900+ passing yards and 250+ rushing yards.