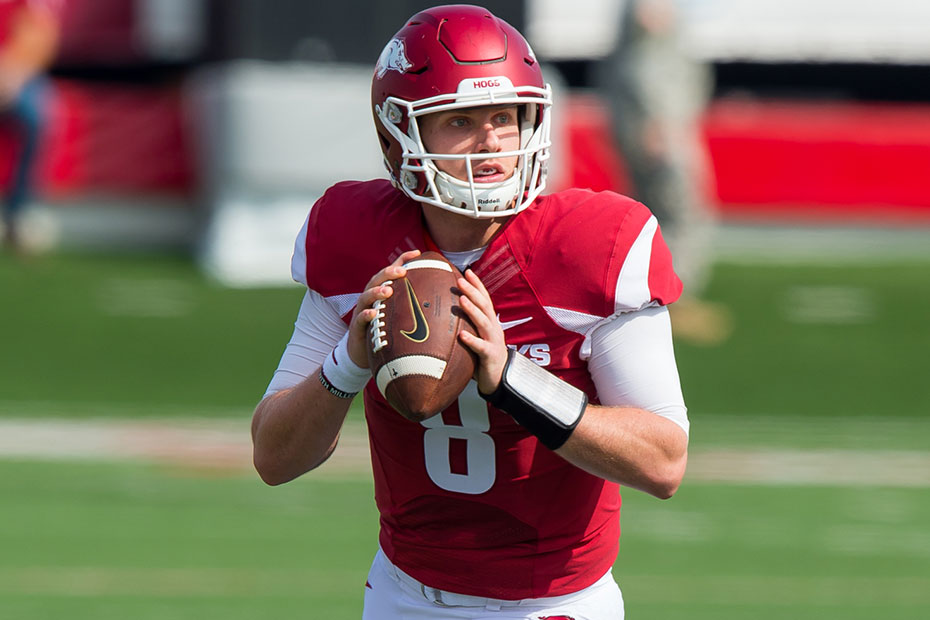 10 Things To Know For The Season Opener

LITTLE ROCK, Ark. — Arkansas will kick off its 124th season of football, including the fifth under head coach Bret Bielema, when the Razorbacks host Florida A&M of the Mid-Eastern Athletic Conference at 7 p.m. CT on Thursday at War Memorial Stadium. The game will be televised on SEC Network with Tom Hart, Jordan Rodgers and Cole Cubelic on the call.

Below are 10 things to know heading into the season opener:

1. It marks the first time since 2001 that Arkansas will open the season on a Thursday night. Arkansas defeated UNLV in its 2001 season opener. It will also be the program’s first Thursday night game since 2003 when Arkansas took down South Carolina, 28-6. Both of those games were played at War Memorial Stadium in Little Rock. Arkansas is 2-1 in regular-season games on Thursday night since joining the SEC 25 years ago.

2. It will be the first-ever meeting between Arkansas and Florida A&M and the first time since 2009 that the Hogs open the season at War Memorial Stadium. Florida A&M will be the 12th FCS Bielema has faced during his 11-year head coaching career. He is 11-0 in those contests.

3. Bielema has a staggering 40-4 record against non-conference opponents during the regular season over his 11-year head-coaching career. Bielema is 10-1 all-time in season-opening games as a head coach at Wisconsin (7-0) and Arkansas (3-1). Additionally, Bielema has never lost a home opener during his career, posting an 11-0 mark in the first home game of the season.

5. The Hogs return 19 letterwinners on offense with six starters, including the SEC’s leading passer from last year in Austin Allen and All-American center Frank Ragnow.

6. A first-team All-American by Pro Football Focus in 2016, Ragnow has made 26 straight starts heading into his senior campaign. He was also named the nation’s best offensive lineman and best run blocker by PFF last season.

7. Allen, who is back for his senior campaign and second season as the starting signal caller, took the reins at QB from his older brother Brandon a year ago and immediately made his mark. He led the SEC with 3,430 passing yards, including a league-best 2,291 in conference play and finished with 25 touchdown passes, which ranked second in the conference.

8. One of Allen’s top targets will be senior Jared Cornelius, the veteran of the receiving corps. Highlighted by three straight 100-plus yard receiving performances, Cornelius recorded 32 receptions for 515 yards and four touchdown catches, while adding a rushing score, last season.

9. After backing up regular-season rushing champion Rawleigh Williams III last season, sophomore Devwah Whaley will be counted on for more carries in 2017 and looks to become the featured running back in the Razorbacks’ offensive attack. Whaley rushed for 602 yards and three touchdowns on 110 carries in 13 games played a year ago.