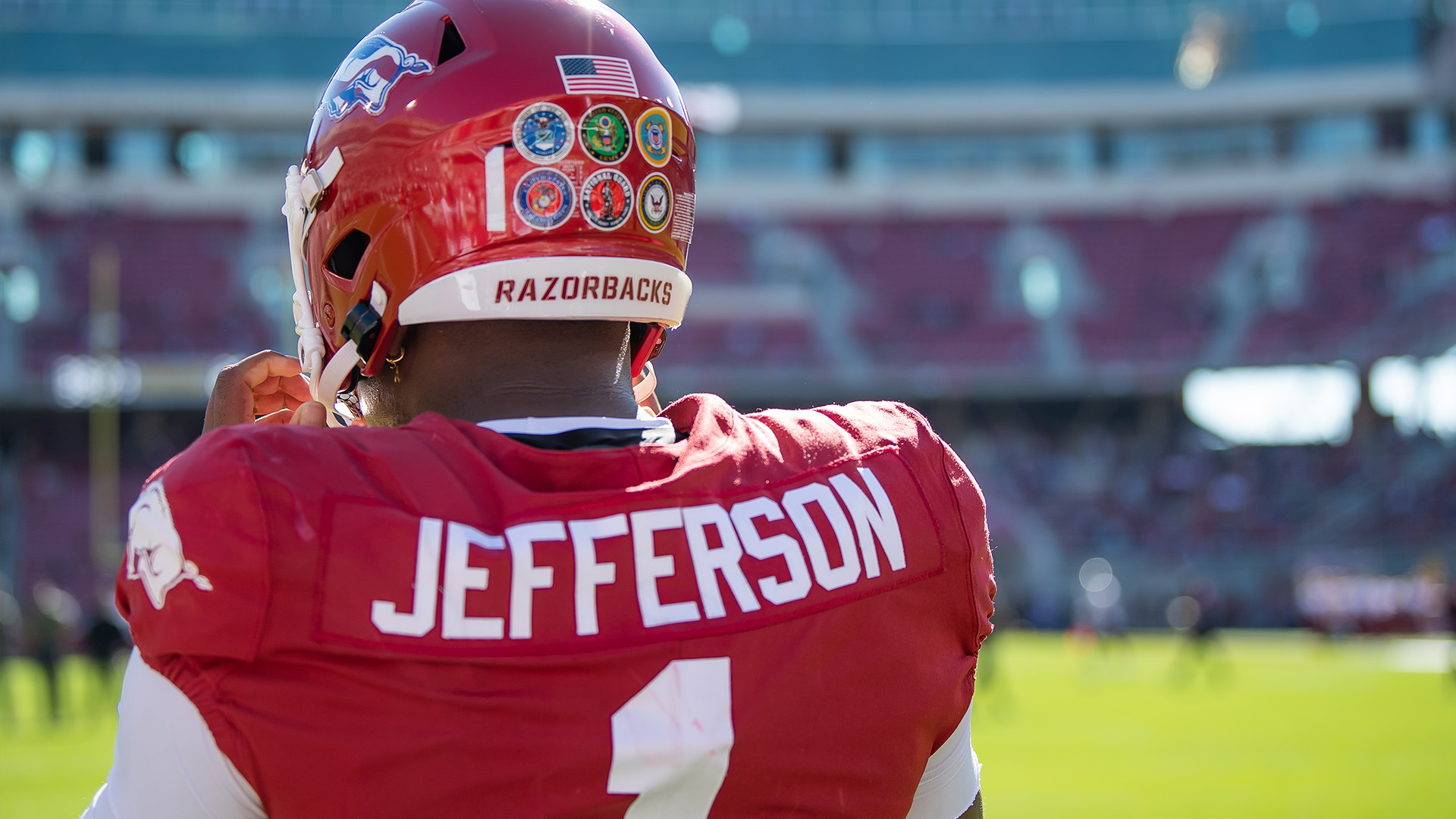 1. – The Razorbacks won a thrilling game last week 31-28 at home against Mississippi State to reach the six-win mark for the first time since 2016 and achieve bowl eligibility. After jumping out to a 10-0 first quarter lead, the Bulldogs outscored Arkansas 14-6 in the middle two quarters, but the Razorbacks responded by scoring the winning touchdown on Dominique Johnson’s 4-yard rush. Arkansas head coach Sam Pittman improved to 2-0 against Mississippi State, recording the program’s first back-to-back wins against the Bulldogs since 2010-11.

2. – The Arkansas rushing attack is one of the best in the country this season, averaging 243.8 yards per game on the ground to lead the SEC and rank fourth-best nationally. Air Force (301.7), Army (286.0) and Syracuse (247.7) are the only teams in the country averaging more yards on the ground per game than the Hogs. Last week against Mississippi State, the Hogs posted 202 rushing yards, surpassing the 200-yard mark for the seventh time this year. Arkansas last ran for 200+ yards in a game at least seven times in 2015 (8).

3. – The ground attack is headlined by four ball carriers who have each totaled over 400 rushing yards this year in running back Trelon Smith (476), quarterback KJ Jefferson (433) and running backs Raheim Sanders (460) and Dominique Johnson (416). Arkansas and Ole Miss are the only two teams in FBS that feature four 400-yard rushers this year. The last time the Hogs had four 400-yard rushers was 1975, Frank Broyles’ second to last season as head coach. Running backs Ike Forte (983), Jerry Eckwood (792) and Rolland Fuchs (618) and quarterback Scott Bull (533) led the way for a team that rushed for 320.3 yards per game, the single-season school record.

4. – Quarterback KJ Jefferson has thrown for 1,848 yards and ranks sixth in the SEC with 16 passing touchdowns. He threw for 191 yards in the win against Mississippi State, completing 82.6% of his passes on 19-of-23 attempts. Jefferson joined Ryan Mallet and Brandon Allen as the only Razorback quarterbacks to complete at least 80% of passes on 20+ pass attempts. The redshirt sophomore is one of four FBS signal callers with more than 1,800 passing yards, 15 passing touchdowns, 400 rushing yards and five rushing touchdowns this year, joining Ole Miss’ Matt Corral, North Carolina’s Sam Howell and Liberty’s Malik Willis.

6. – Linebacker Bumper Pool leads the team with 87 tackles and ranks second in the SEC averaging 9.7 stops per game. He has recorded 311 career total tackles and is 24 tackles away from entering the school’s career top-10 tacklers.

7. – Rookie kicker Cam Little earned his second SEC Freshman of the Week award after making three field goals of 46, 48 and a career-long 51 yards against Mississippi State. Little became the first Arkansas kicker since at least 1997 to connect on three field goals of more than 45 yards in the same game. His 51-yard field goal was the longest by a freshman Razorback kicker since Zach Hocker’s 51-yarder in 2010 against South Carolina. The rookie leads all FBS freshmen with 14 made field goals this season.

9. – Second-year head coach Sam Pittman is one of just 14 SEC coaches in history to take over a team with a losing record and lead it to a top 10 spot in the AP Poll in their first two seasons. The Razorbacks were ranked eighth in the fifth release of this year’s AP Poll. Pittman and Houston Nutt (1998) are the only Razorback head coaches to accomplish the feat. The Hogs are currently slotted at No. 25 in the College Football Playoff Committee’s rankings and are ranked by the committee for the first time since 2016.

10. – The Razorbacks are 22-42-2 all-time against LSU and in search of their first win in the series since a 31-14 win in Baton Rouge. Last year, the Tigers escaped Donald W. Reynolds Stadium with a 27-24 victory. The Hogs haven’t visited Baton Rouge to play an unranked Tiger team since 2001.