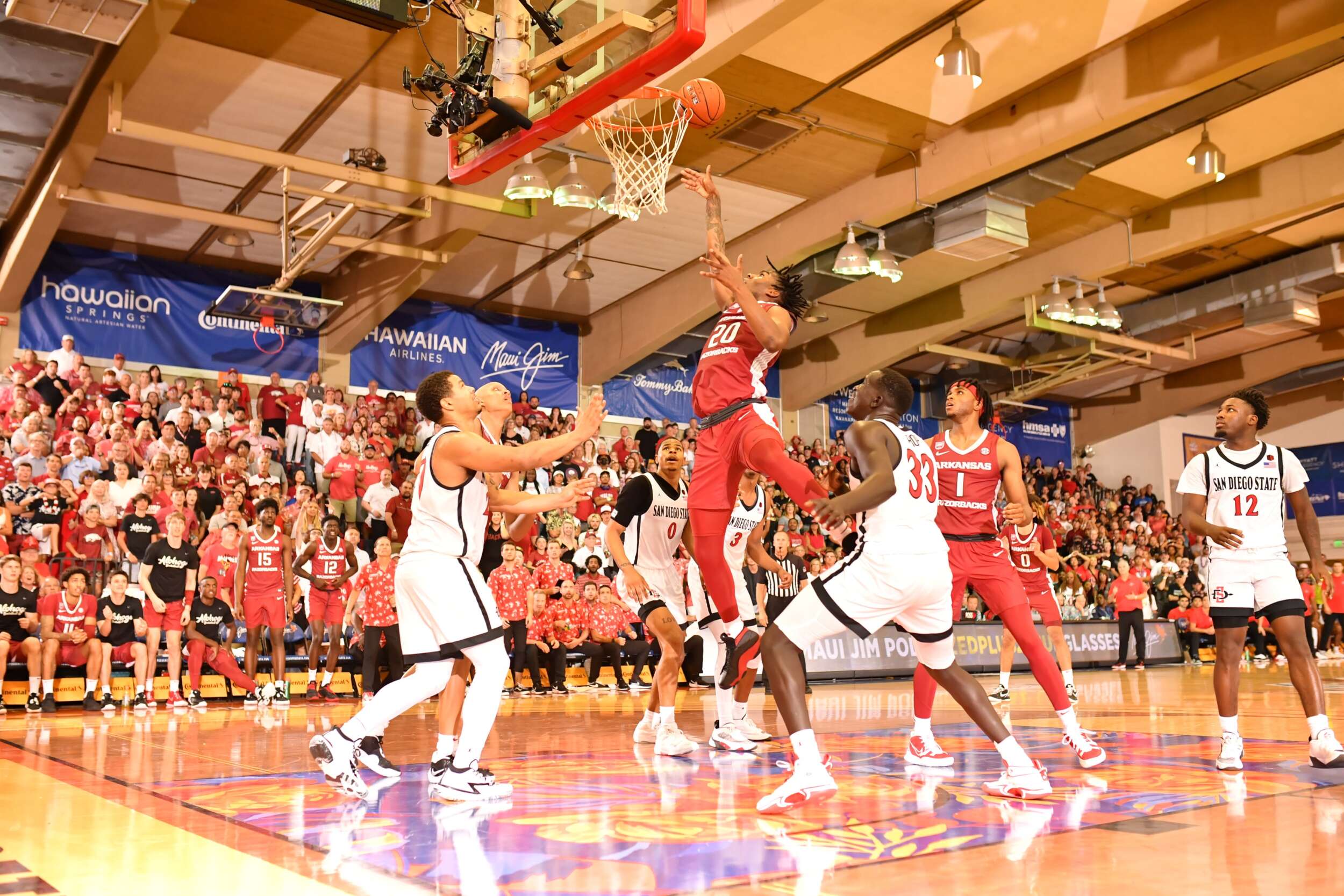 #9 Arkansas Takes Down #17 SDSU in Overtime at Maui Invitational

LAHAINA, Hawaii – Trevon Brazile, who led ninth-ranked Arkansas (5-1) with 20 points, had a steal with seven seconds left in regulation and Kamani Johnson tipped in a shot at the buzzer to force overtime against #17/19 San Diego State (4-2). The Razorbacks outscored the Aztecs 11-7 in overtime to take a 78-74 third-place victory on the final day of the Maui Jim Maui Invitational.

Brazile boasted nine additional rebounds and teammates Ricky Council IV and Anthony Black added 19 and 15 points, respectfully. The Razorbacks trailed for most of the contest, but a late surge closed the gap and Kamani Johnson forced overtime at the buzzer with a second-chance layup.

Both teams started strong defensively with fast play and 15 combined turnovers but struggled offensively. Between both teams, they went zero for 16 beyond the arc in the first half. Arkansas shot 40%, touted 33 points from the bench and led for only 8:52, but it was enough to secure the victory.

Black was named to the event’s All-Tournament Team and led all scorers with 22.33 PPG.

Arkansas returns home to face Troy on Monday (Nov. 28). Tipoff at Bud Walton Arena is set for 7 pm and the game will be televised on SEC Network.