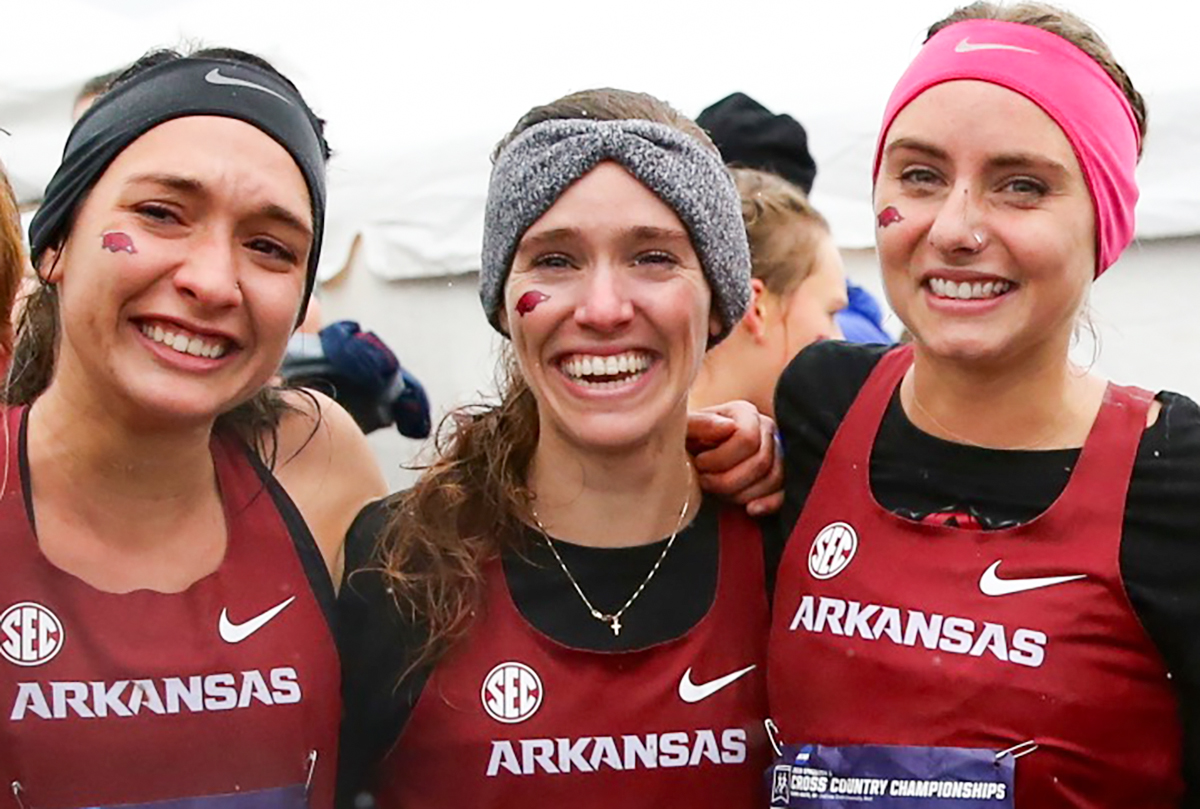 AUSTIN, Texas – Three members of the Arkansas track and field program were named to CoSIDA Academic All-America Division I Cross Country/Track & Field teams, as announced by the College Sports Information Directors of America on Thursday.

Taylor Werner earned another distinction on the first team while Devin Clark and Katie Izzo were named to the second team.

Werner, a senior from Ste. Genevieve, Missouri, with a 3.97 GPA in Kinesiology: Exercise Science, collected the 2019 SEC Cross Country Runner of the Year accolade along with a pair of SEC Scholar-Athlete of the Year honors, in cross country and for the outdoor track and field season.

Clark, a senior from Spring Branch, Texas, posted a 4.0 GPA in Recreation and Sports Management graduate program. She earned a bronze medal in the SEC Indoor 5,000m and established a career best of 9:17.27 in the 3,000m.

Izzo, a graduate transfer from Cal Poly who is from Seal Beach, California, has a 4.0 GPA in Recreation and Sports Management graduate program. This season Izzo earned the female Student-Athlete of the Year within Razorback athletics and was Arkansas’ nomination for the SEC Roy F. Kramer Female Athlete of the Year award.

Named the 2020 SEC Indoor Runner of the Year, Izzo swept the 3,000m and 5,000m titles, which included a meet record in the 5k, bettering a mark set in 1990, and the second-fastest winning time in the 3k. She also claimed the SEC cross country individual title.

The trio were key members of Arkansas’ cross country team in the fall when the Razorbacks claimed the program’s first national championship, completing a sweep of three NCAA titles in 2019.

As Arkansas won the NCAA cross country championship in November, Werner earned an All-America honor finishing fourth in the NCAA Championships. Werner was the top individual in NCAA South Central Region, leading a Razorback 1-5 sweep for a perfect score of 15 points for a ninth consecutive team title, and finished runner-up to Izzo in the SEC Championships.

Clark earned her first cross country All-America honor by placing 21st in the NCAA Championships as the third finisher among the Razorback squad. She placed fifth in the SEC, and fourth in the NCAA South Central Region.

Werner and Clark both earned first-team All-America honors in each of Arkansas’ three national championships in 2019. Werner claimed silver medals in the indoor 3,000m and outdoor 5,000, while adding a fourth place in the 10,000m. Clark finished seventh in the 3,000m steeplechase and joined Werner on a fifth-place distance medley relay indoors.