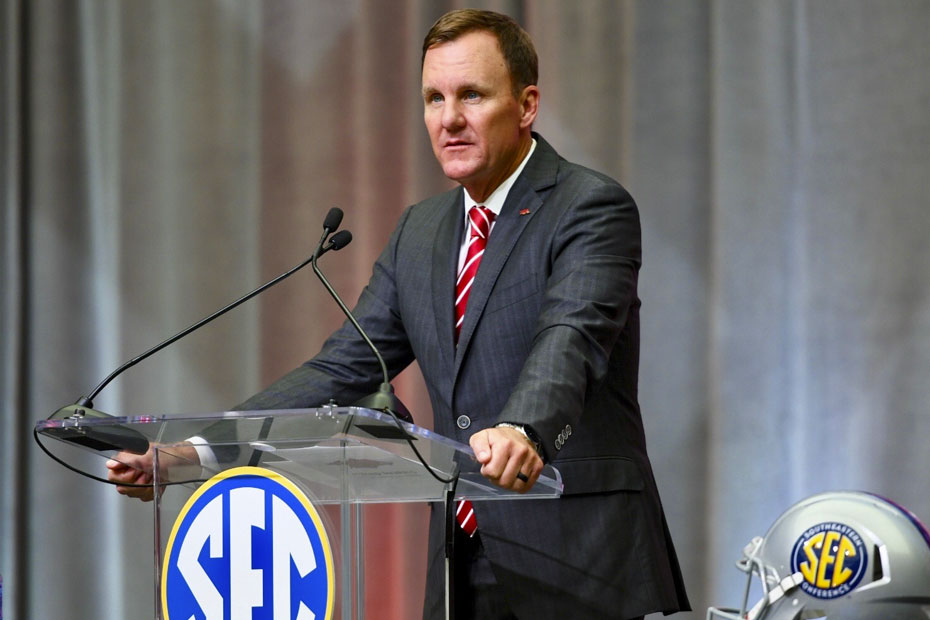 FAYETTEVILLE, Ark. – Three Arkansas seniors will represent the Razorbacks next week when the Hogs take their turn at SEC Media Days in Hoover, Ala. on Wednesday, July 17. McTelvin “Sosa” Agim, De’Jon “Scoota” Harris and Devwah Whaley have been selected to participate in the annual media event, which returns to Hoover after being held in Atlanta for the first time last year. 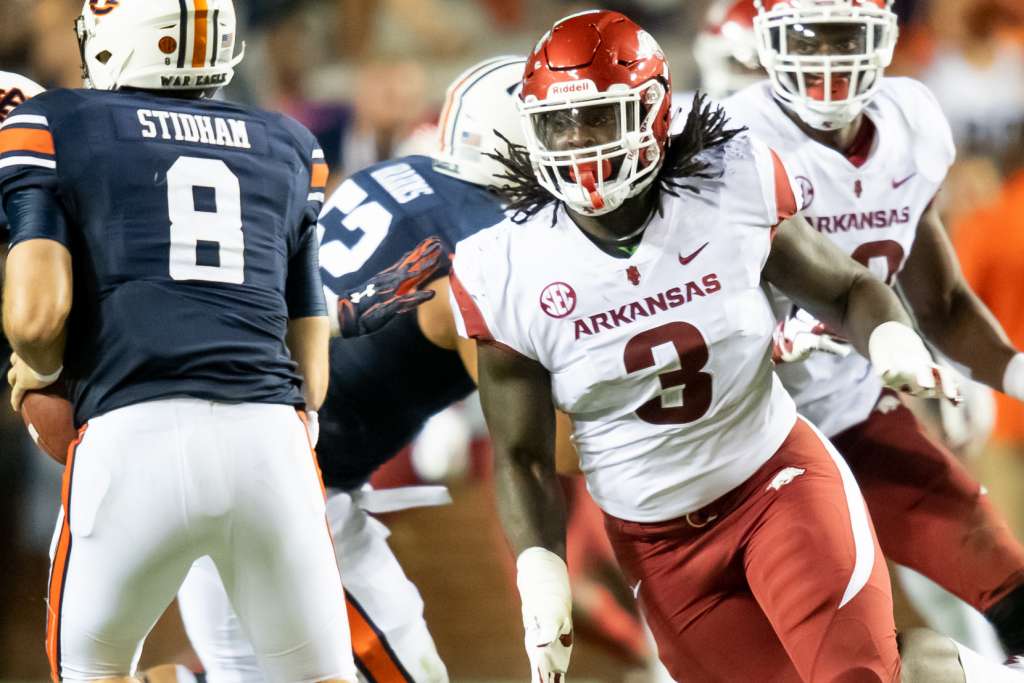 Agim returns for his senior season after posting his best year as a Razorback last fall. He started all 12 games and posted career-bests with 45 tackles, 10.0 tackles for loss and 4.5 sacks. His team-best 10.0 TFLs were the most by an Arkansas defender since Deatrich Wise recorded 10.5 in 2015. A former five-star recruit out of Hope (Ark.) HS, Agim has played in 37 games in his first three years on The Hill, starting 28. Phil Steele recently tabbed him as a preseason second-team All-SEC member along with Athlon Sports. 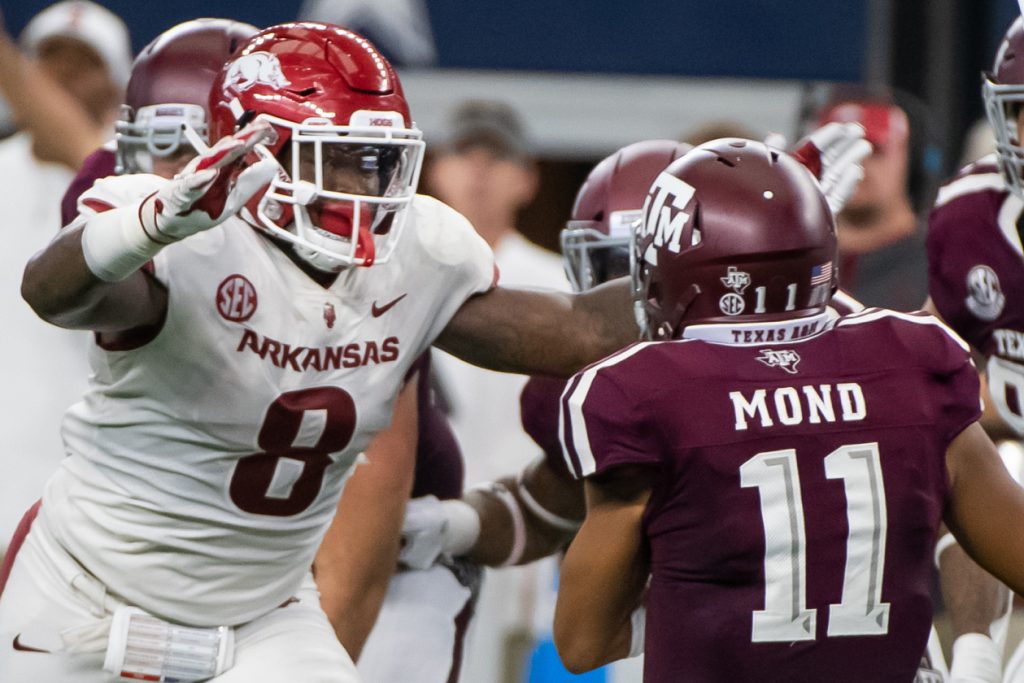 Harris also returns for his senior year after a big junior campaign. Harris led the Southeastern Conference with 118 total tackles to become the first Razorback since Martrell Spaight in 2014 to pace the nation’s premiere conference in stops. The 118 tackles put him over 100 tackles for the second straight year to make him the first Hog since Jerry Franklin in 2010-11 to eclipse the century mark in consecutive years. The Associated Press has tabbed him a second-team All-SEC member each of the last two seasons. Phil Steele and Athlon Sports have him on their preseason All-SEC second teams as well. 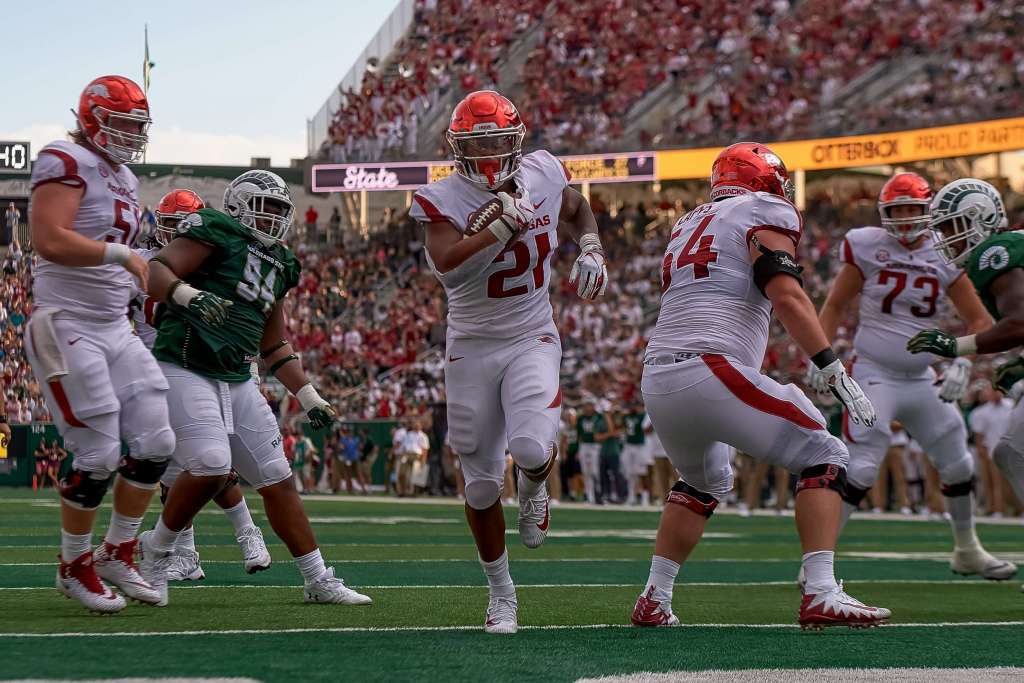 Whaley enters his final year at Arkansas off an injury-plagued 2018 season. He earned the starting nod in each of the Razorbacks’ first four games before being slowed by injuries and appearing in three of the team’s final eight games. Despite the injuries, Whaley rushed for 383 yards on 82 carries with two scores while also catching eight passes for 87 yards out of the backfield. His biggest game of the year, and his Arkansas career, came at Colorado State in Week 2 when he ran for a career-best 165 yards and a touchdown on 26 carries.

The Razorbacks will be a part of the morning session on Wednesday alongside Alabama.

Head coach Chad Morris begins his second season at the helm for Arkansas. The Hogs return 60 lettermen and 13 starters from last year’s team and add one of the highest rated recruiting classes in school history. The Razorbacks will kick off the 2019 season at home inside Donald W. Reynolds Razorback Stadium against Portland State at 3 p.m. on SEC Network. Single-game tickets for all seven home games are now on sale and can be purchased by calling the Razorback Ticket Center at 479.575.8683 or by clicking here.