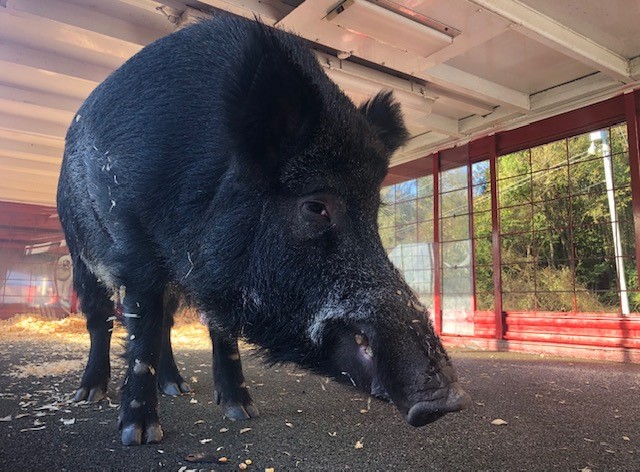 Tusk V, the official live mascot of the Arkansas Razorbacks, is headed to Little Rock.

As part of the festivities leading up to this weekend’s historic gridiron showdown between Arkansas and UA Pine Bluff, Tusk V will be making an appearance in downtown Little Rock from 5:30-7:30 p.m. Friday, Oct. 22, at St. Vincent’s Plaza at the corner of River Market and President Clinton Avenue.

The meet-and-greet event is free and open to the general public.

Little Rock’s War Memorial Stadium will be the site of Saturday’s game between Arkansas and UAPB, with kickoff set for 11:00 a.m. This historic weekend will mark the Razorbacks’ first-ever meeting with the Golden Lions as well as the program’s first football game against an in-state opponent since 1944.