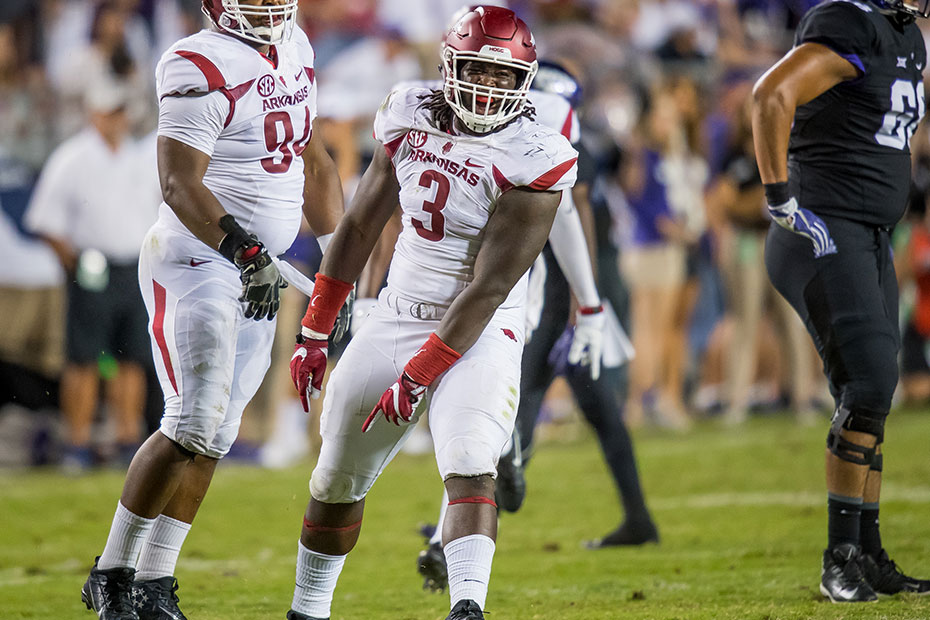 FAYETTEVILLE, Ark. – Already scheduled to play Colorado State during the 2019 season, Arkansas completed its 2018 schedule on Wednesday by agreeing to play the Rams in Fort Collins, Colorado, on Sept. 8, 2018.

The home-and-home series with Colorado State replaces Arkansas’ originally scheduled home-and-home with Michigan that was set for 2018 and 2019. Michigan bought out of the two-game contract in July 2016. Thanks to SEC approval of a waiver submitted by Arkansas, the games against Colorado State will satisfy the league requirement for games against a non-conference Power 5 opponent in both the 2018 and 2019 seasons.

“We are appreciative of the assistance of the Southeastern Conference and Colorado State University in filling the scheduling void created by the cancellation of a home-and-home series with a Big Ten opponent,” Vice Chancellor and Director of Athletics Jeff Long said. “Since we received the news of that cancellation this past summer, we worked on a number of scenarios to meet the SEC requirement, but were ultimately unable to find a Power 5 conference opponent at this late date. I would like to thank Commissioner Sankey and the other SEC AD’s for their cooperation with the waiver. Colorado State is an outstanding program with a beautiful new football stadium. We look forward to our series with them in the coming years.”

The 2018 meeting against Colorado State will be played at the Rams’ new on-campus stadium that is scheduled to open next fall. As previously announced in June 2016, the Razorbacks and Rams are also scheduled to play in Arkansas on Sept. 14, 2019.

Earlier in the week, Arkansas announced that it will host Eastern Illinois and Tulsa during the 2018 season along with a meeting against Georgia Southern during the 2021 campaign.