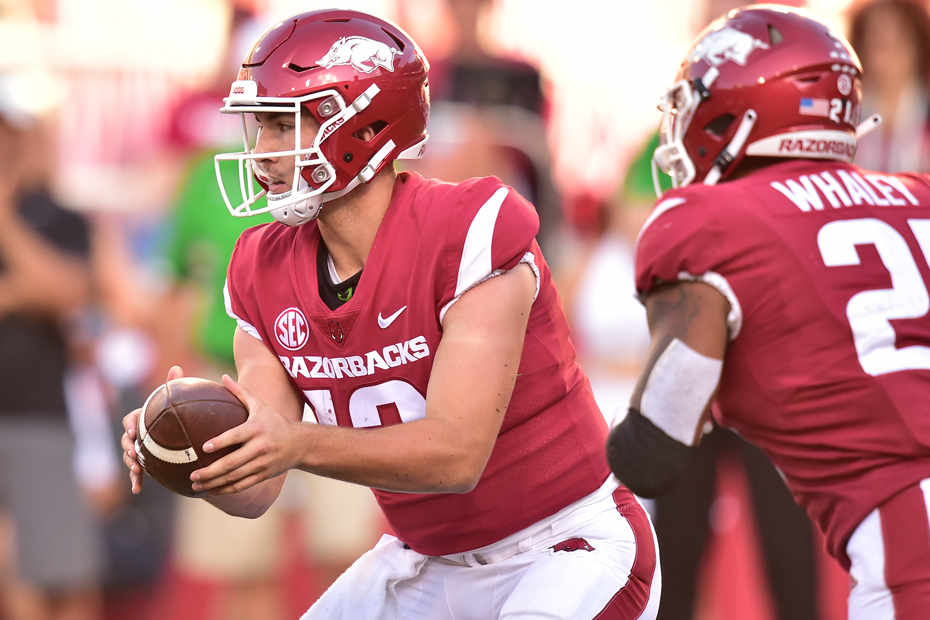 Cole Kelly scored the first touchdown of the game for Razorbacks with a five-yard run. The touchdown was his fourth of the year and 15th career touchdown.

Connor Limpert scored a 54-yard field goal to put the Razorbacks with one score of North Texas. The 54-yarder was a career-long for Limpert and the longest for a Razorback since 2016.