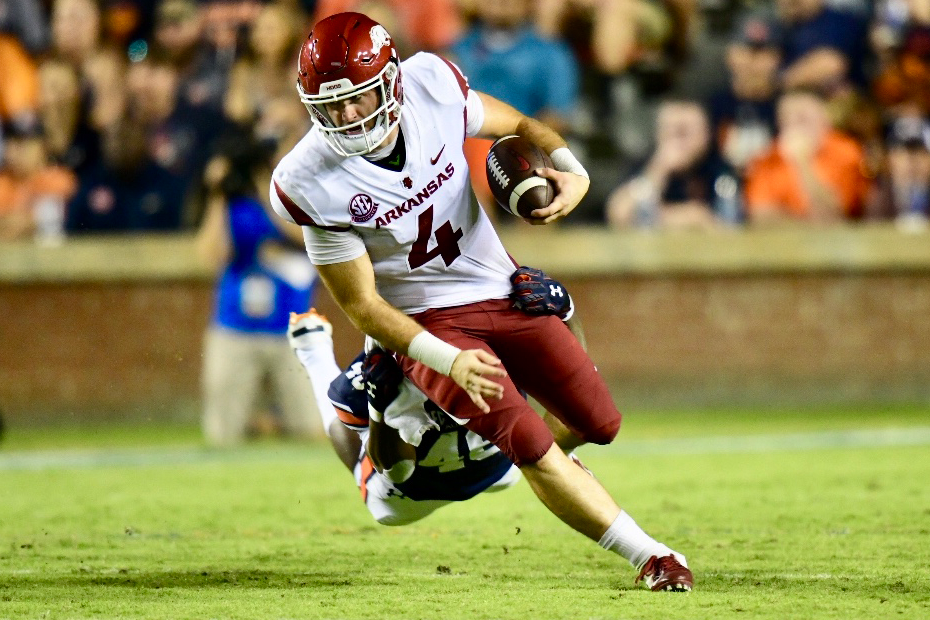 On 3rd and goal at the Arkansas three-yard line, sophomore Kamren Curl made a goal-line stop that led to Auburn settling for a field goal.

On 4th and 1 with Auburn in the red zone, De’Jon Harris and Michael Taylor tackled JaTarvious Whitlow for a loss of one and a turnover on downs.

Connor Limpert made a field goal from the 29-yard line to put Arkansas on the board.