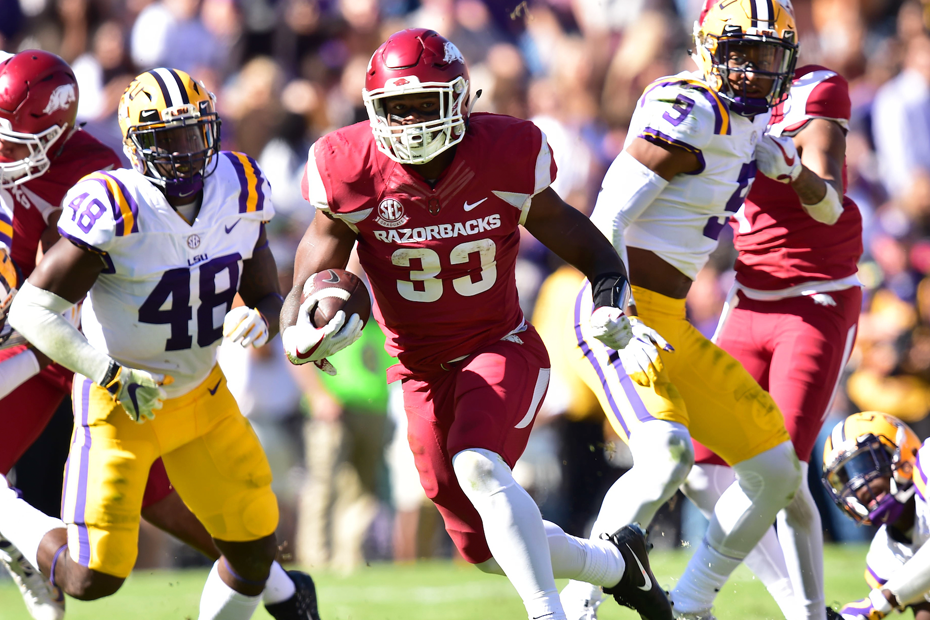 Arkansas Falls To No. 24 LSU in Baton Rouge

Three touchdowns from LSU late in the second half proved too much to overcome as Arkansas fell 33-10 Saturday afternoon in Baton Rouge.

A 10-play, 86 yard drive was capped off with a one yard touchdown run by Devwah Whaley to even the score right before halftime. Whaley finished with 55 yards on 12 carries with one touchdown. He has scored a touchdown in three of the last four games

Sophomore Connor Limpert hit a 38-yard field goal to bring Arkansas within three points midway through the third quarter. Limpert has made a field goal in six-straight games as he improved to 7-of-8 on the year.

Up Next
Arkansas returns home for a matchup against Mississippi State inside Razorback Stadium, with kickoff time to be announced later.