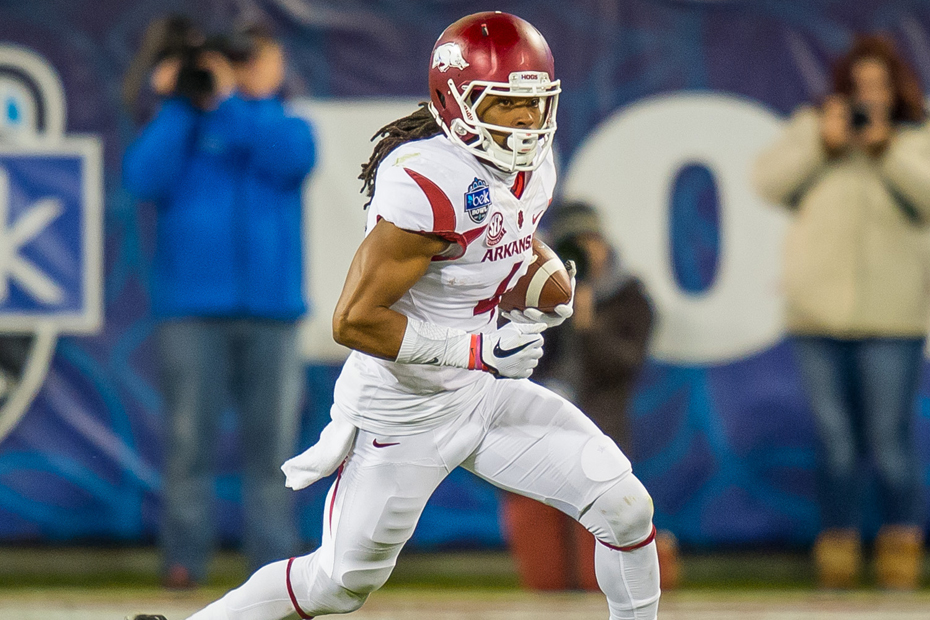 CHARLOTTE, N.C. – Despite a 24-point first half, the Razorback football team fell to No. 22 Virginia Tech, 35-24, in the 2016 Belk Bowl inside Bank of America Stadium Thursday night in Charlotte, N.C.

The Hogs jumped out to a 24-0 halftime lead on 215 passing yards and three scores from quarterback Austin Allen, but the offense was stifled in the second half, managing only 56 yards of total offense and no points.

Tight end Cheyenne O’Grady and wide receiver Keon Hatcher each hauled in a touchdown pass. For O’Grady, it’s his first touchdown catch of his career. For Hatcher, he now has 19 touchdowns in his career putting him alone at fourth all-time in school history in career touchdown receptions.

Hatcher led all Razorbacks with six catches in the game for 105 yards and one score. Drew Morgan also turned in a strong game with four catches for 75 yards. Hatcher finishes his career with four career 100-yard receiving games, tying for 10th most in school history.