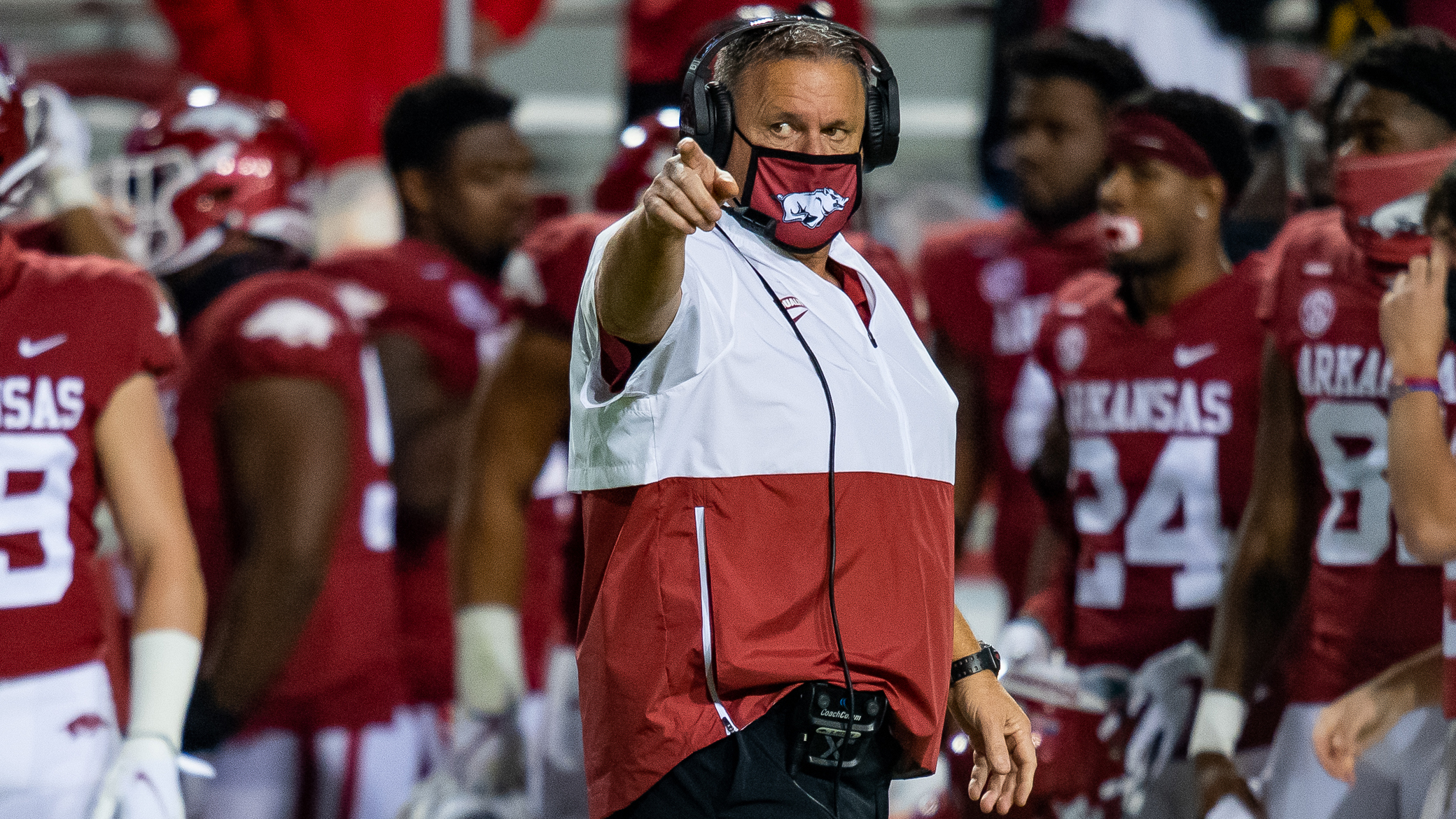 Arkansas headed to Texas Bowl to take on TCU

FAYETTEVILLE, Ark. – For the first time since 2016 the Arkansas Razorbacks are going bowling, being selected to play TCU in the Mercari Texas Bowl at NRG Stadium in Houston, Texas on Dec. 31 at 7 p.m. on ESPN.

The match-up against former Southwest Conference rival TCU will be the 71st in history dating back to the first meeting in 1920. The Hogs and Horned Frogs last met in 2017 as the second game of a home-and-home series. No. 23 TCU topped Arkansas in Fayetteville 28-7 in 2017. The Razorbacks took down No. 15 TCU 41-38 in double overtime in Ft. Worth, Texas in 2016. Arkansas is 44-24-2 all-time against the Horned Frogs.

Under first-year head coach Sam Pittman, the Razorbacks won three games against an all-SEC schedule tripling the number of SEC wins over the last three seasons combined. Arkansas snapped a 20-game Southeastern Conference losing streak at No. 16 Mississippi State for Coach Pittman’s first win as the Head Hog and followed up with wins over Ole Miss and Tennessee.

The Mercari Texas Bowl will be the 43rd bowl appearance for Arkansas dating back to the 1934 Dixie Classic in Dallas, a 7-7 tie against Centenary.

Due to limited capacity at NRG Stadium, tickets will not be available through the Razorback Ticket Center. Fans interested in attending the Texas Bowl can visit mercaritexasbowl.com for ticket information.