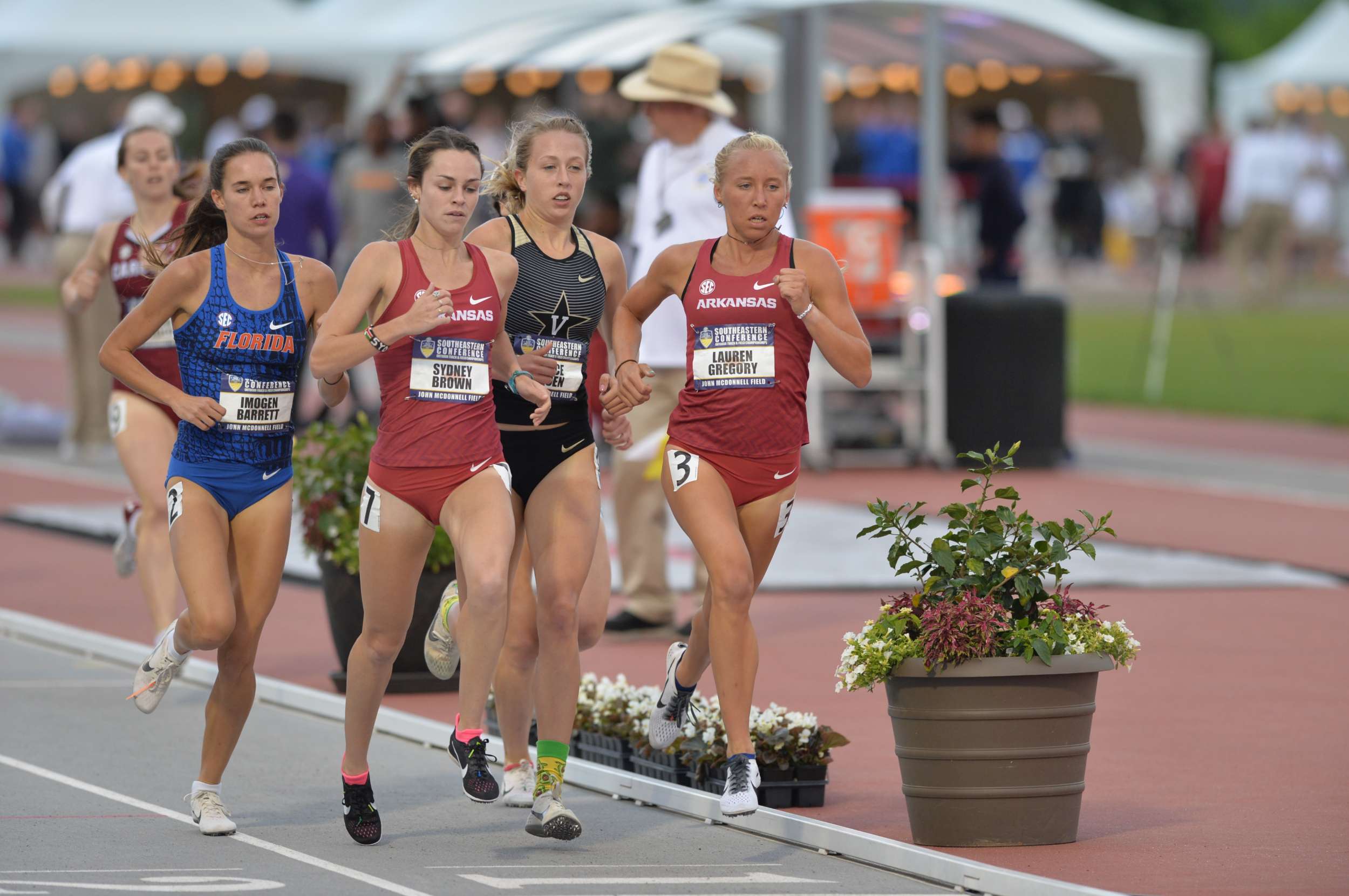 Arkansas in Prime Position For an SEC Title

FAYETTEVILLE, Ark. – The Razorbacks remain in the hunt for a conference title following day two of the SEC Outdoor Track & Field Championships at John McDonnell Field.

Tori Hoggard, Lexi Jacobus, and Desiree Freier combined for 19-points in the pole vault as the trio finished 2-3-4 in the event. Hoggard and Jacobus cleared an identical 4.36m (14-3.50), but were separated by misses throughout the competition, while Freier’s fourth-place finish came following a clearance of 4.26m (13-11.75).

Janeek Brown (12.84Q) and Payton Chadwick (12.91Q) advanced to the final of the 100-meter hurdles, both earning the Auto-Q by finishing in the top three of their heats. Brown finished as the second-fastest qualifier trailing LSU’s Tonea Marshall by one one-hundredth of a second (0.01).

Kethlin Campbell advanced to the 400-meter final running 52.03 that stood as the fourth-fastest time from the preliminary round.

An SEC finalist at 100-meters last season, Kiara Parker will make her return as she advanced to this year’s final in 11.24 seconds. Parker’s time is the fastest qualifying mark heading into the finals.

Devin Clark is an SEC Champion in the 3,000-meter steeplechase after crossing the line in 9:55.86 Friday night. The senior from Spring Branch, Texas brought home 10-points for the Razorbacks and earned her first individual SEC title. Rachel Nichwitz scored in the event for Arkansas as well running 10:29.41 for sixth-place.

The Razorbacks are currently in second place with 34.5 points through eight events scored.

Arkansas will have at least one athlete in nine of the 13 events contested tomorrow afternoon.