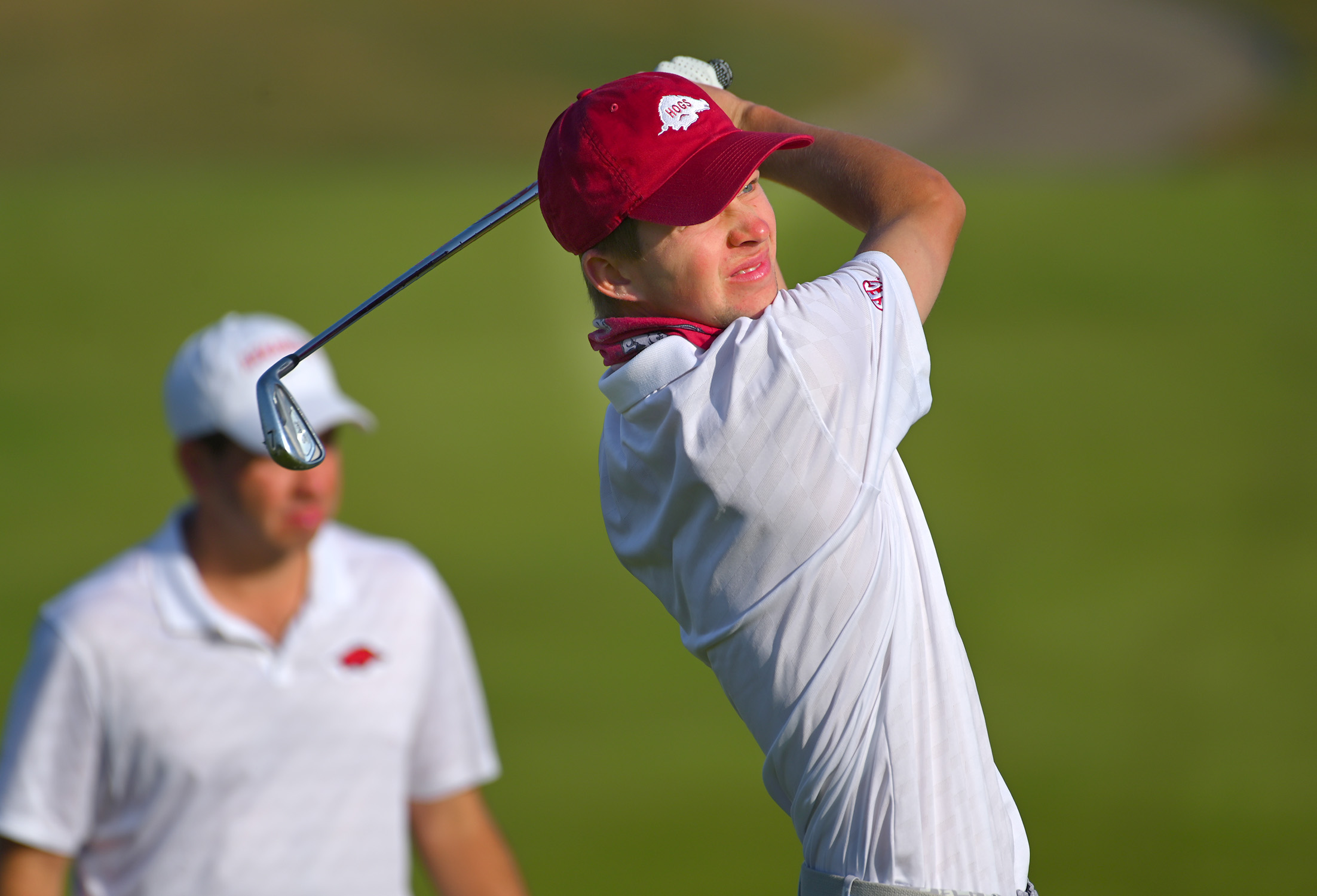 FAYETTEVILLE – Arkansas, ranked 21st nationally, will play in its final regular-season event – the Collegiate Invitational – April 5-7 at the Country Club of Birmingham (Ala.). The 15-team field features 14 of the nation’s top 50 programs.

Julian Perico, whose lowest finish is 22nd this season including a win, is ranked 27th in the nation.  He leads the team with 80 birdies and eight eagles this season.

Tyson Reeder is coming off a win and third-place finish in his last two events and has climbed 468 spots in the World Amateur Golf Ranking since the end of the fall to 322nd in the world. The graduate senior is a combined -18 over his last two events with 27 of his 55 birdies (49%) for the season over the span.

Rounding out the lineup will be William Buhl, Manuel Lozada and Wil Gibson. Buhl is gradually working himself back into form after having back surgery last fall. Lozada has played as an individual in each of the previous four spring tournaments but returns to the lineup after finishing third among the Razorbacks last time out. Gibson will make his second team appearance this season and first since the opener – the Blessings Collegiate Invitational.