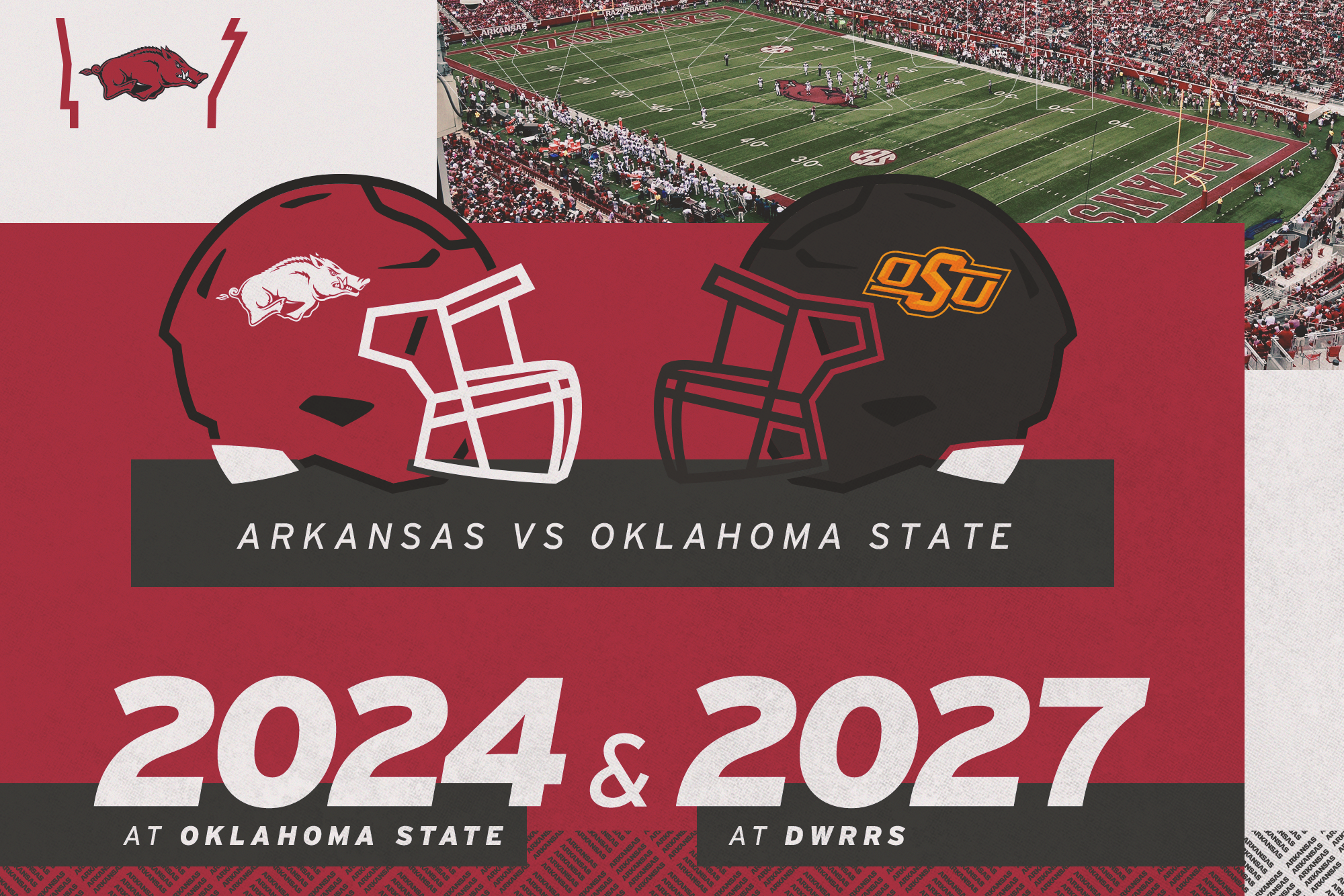 FAYETTEVILLE, Ark. – Arkansas and Oklahoma State have agreed to a two-game, home-and-home football series for 2024 and 2027.

The Razorbacks will travel to Boone Pickens Stadium in Stillwater, Oklahoma, during the 2024 season, while Arkansas will host the Cowboys in 2027 at Donald W. Reynolds Razorback Stadium in Fayetteville.

It will be the first time since 1980 the two teams have squared off against each other, when the Razorbacks defeated OSU, 33-20, in Little Rock. Overall, Arkansas holds a 30-15-1 advantage in the series, claiming each of the last five meetings with the Cowboys.

The two squads have met 25 times in Little Rock, with the Razorbacks holding a 21-4 record in those matchups. The old Southwest Conference foes first met on Oct. 12, 1912, in Fayetteville, with the program’s first win over the Cowboys coming a year later in a 3-0 victory on Oct. 18, 1913.

The Razorbacks return to action on Saturday, Oct. 13, against Ole Miss at War Memorial Stadium in Little Rock. Kickoff is slated for 6:30 p.m. and will broadcast on SEC Network and the Razorback/IMG Sports Network.