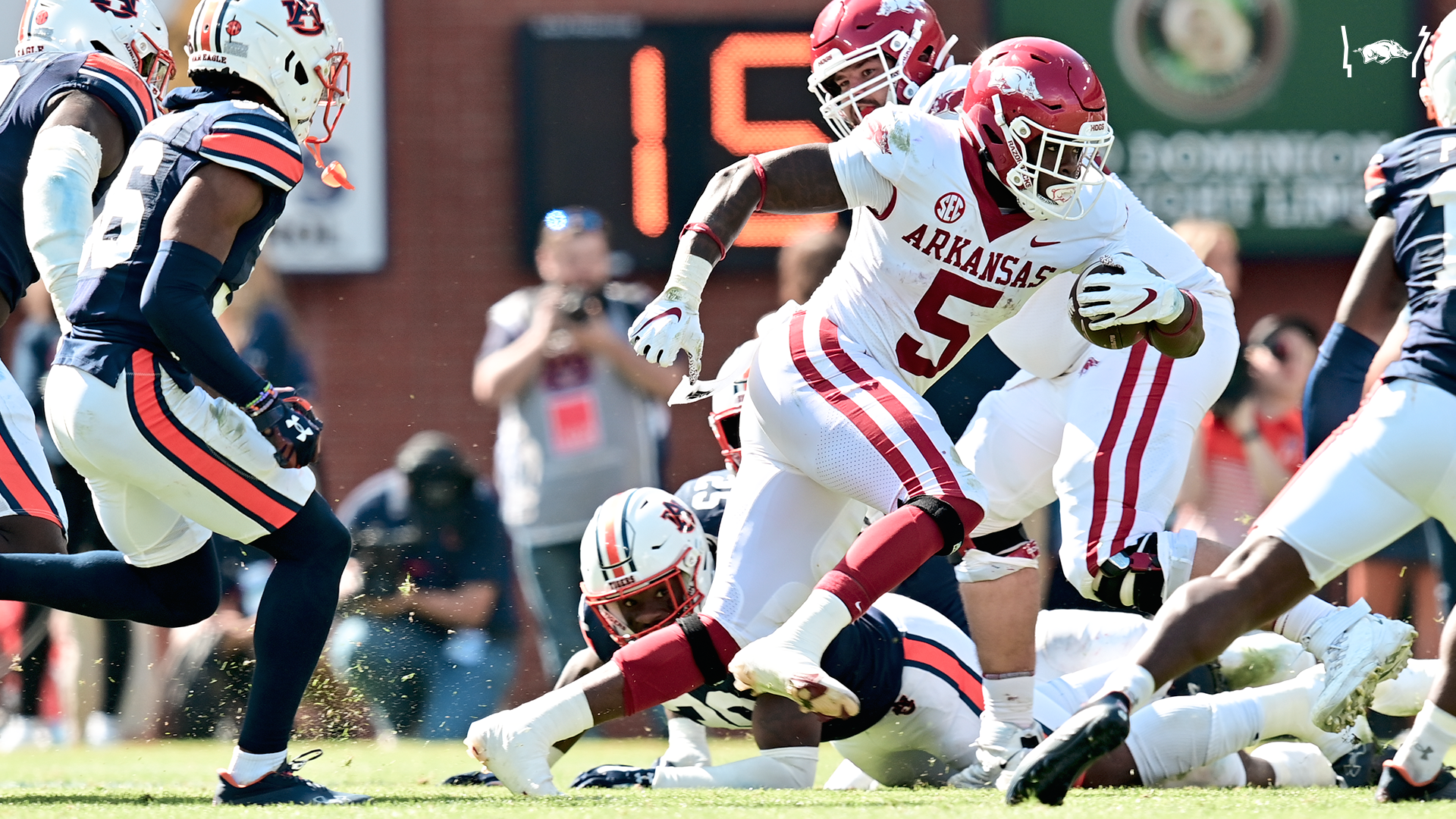 AUBURN, Ala. – The Arkansas Razorbacks (5-3) claimed their first win over Auburn since 2015 after defeating the Tigers 41-27 Saturday afternoon at Jordan-Hare Stadium.

R-Fr. LB Chris Paul Jr.’s sack in the first quarter forced an Auburn FG attempt that was missed, keeping the score knotted up at 0-0.

QB KJ Jefferson scored his first touchdown of the day on a 1-yard run to give Arkansas a permanent lead.

QB KJ Jefferson breaks tackles and scores his second rushing touchdown of the ballgame on a 13-yard effort, putting the Hogs in front 14-3.

DL Landon Jackson became the first Razorback since Dan Skipper in 2016 to block a field goal.

RB Rashod Dubinion scored his first touchdown of the day on a 2-yard rush to close the third quarter.

Dubinion finds the endzone again for another 2-yard score.

The Hogs get their final points on Cam Little’s 37-yard FG.