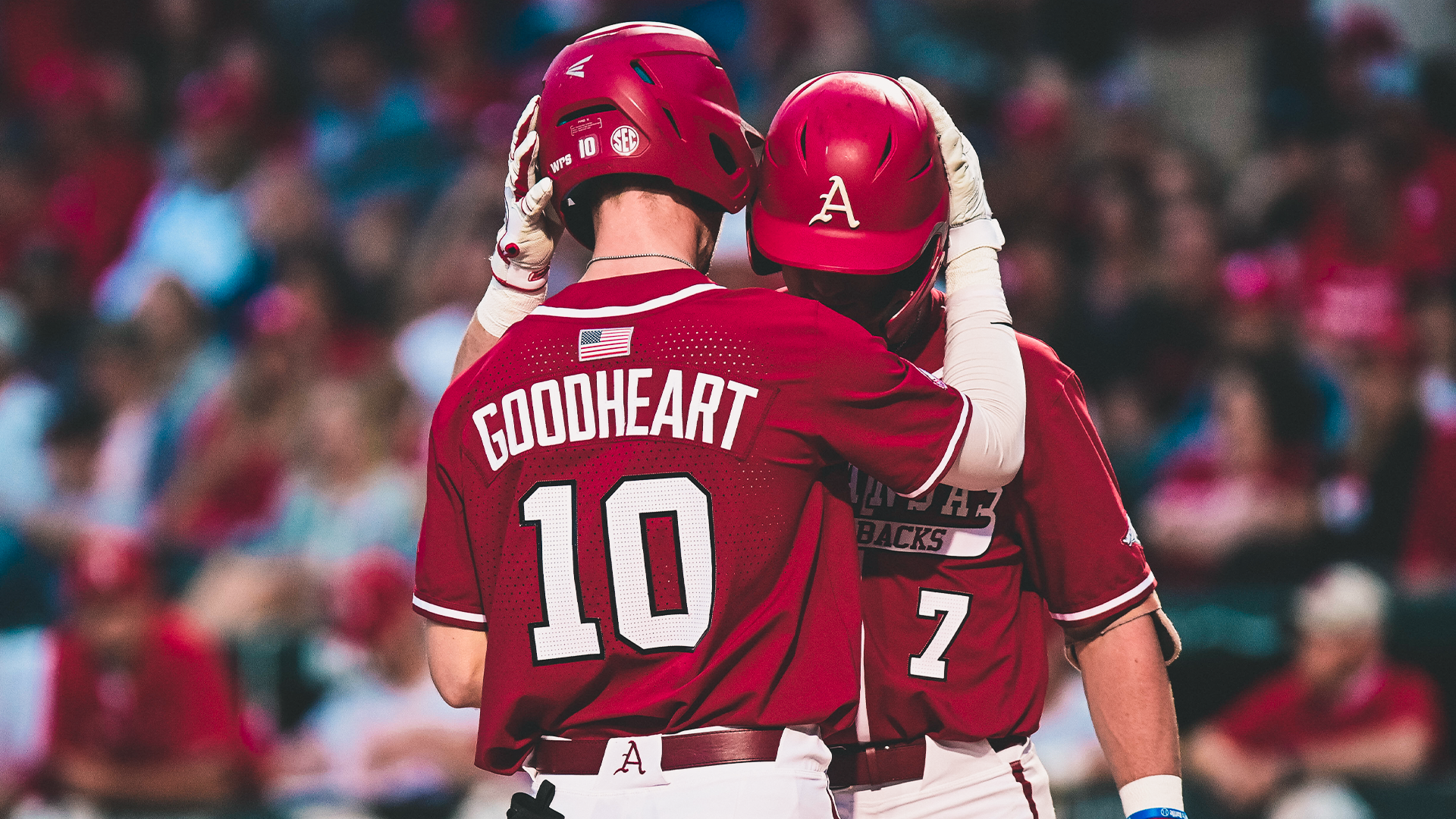 FAYETTEVILLE, Ark. – It took only four pitches for the Razorbacks to make history Saturday night.

Matt Goodheart’s leadoff blast in the bottom of the first helped No. 1 Arkansas defeat No. 19 Nebraska, 5-1, at Baum-Walker Stadium to secure a 10th consecutive win and advance to the championship game of the NCAA Fayetteville Regional.

Goodheart’s homer was Arkansas’ 99th of the season in its 58th game of the year, surpassing the previous program record of 98 home runs by the 2018 Hog squad in 69 games.

Patrick Wicklander and Kevin Kopps were all the Razorbacks needed on the mound Saturday night. The duo limited the Cornhuskers to one run on five hits and two walks while striking out 13.

Wicklander earned the win and improved to 6-1, giving Arkansas five innings of one-run ball with seven strikeouts before turning the game over to Kopps. The nation’s most dominant pitcher looked every bit of it once again, striking out six in his second four-inning save of the season.

Goodheart’s two-hit day, including his leadoff homer, led the Hogs offensively. Braydon Webb’s RBI single in the bottom of the second ultimately put Arkansas up for good before Cayden Wallace drove in one on a sacrifice fly to left later in the frame, extending the Razorback advantage to three.

Ahead 3-1 in the bottom of the sixth, Arkansas scored twice more to put the game on ice. Christian Franklin drew a bases-loaded walk, and Wallace later scampered home on a passed ball.

The Hogs, now 48-10 overall on the year, will play the winner of tomorrow afternoon’s ballgame between Nebraska and NJIT at 8 p.m. in Sunday’s regional championship on ESPN3.