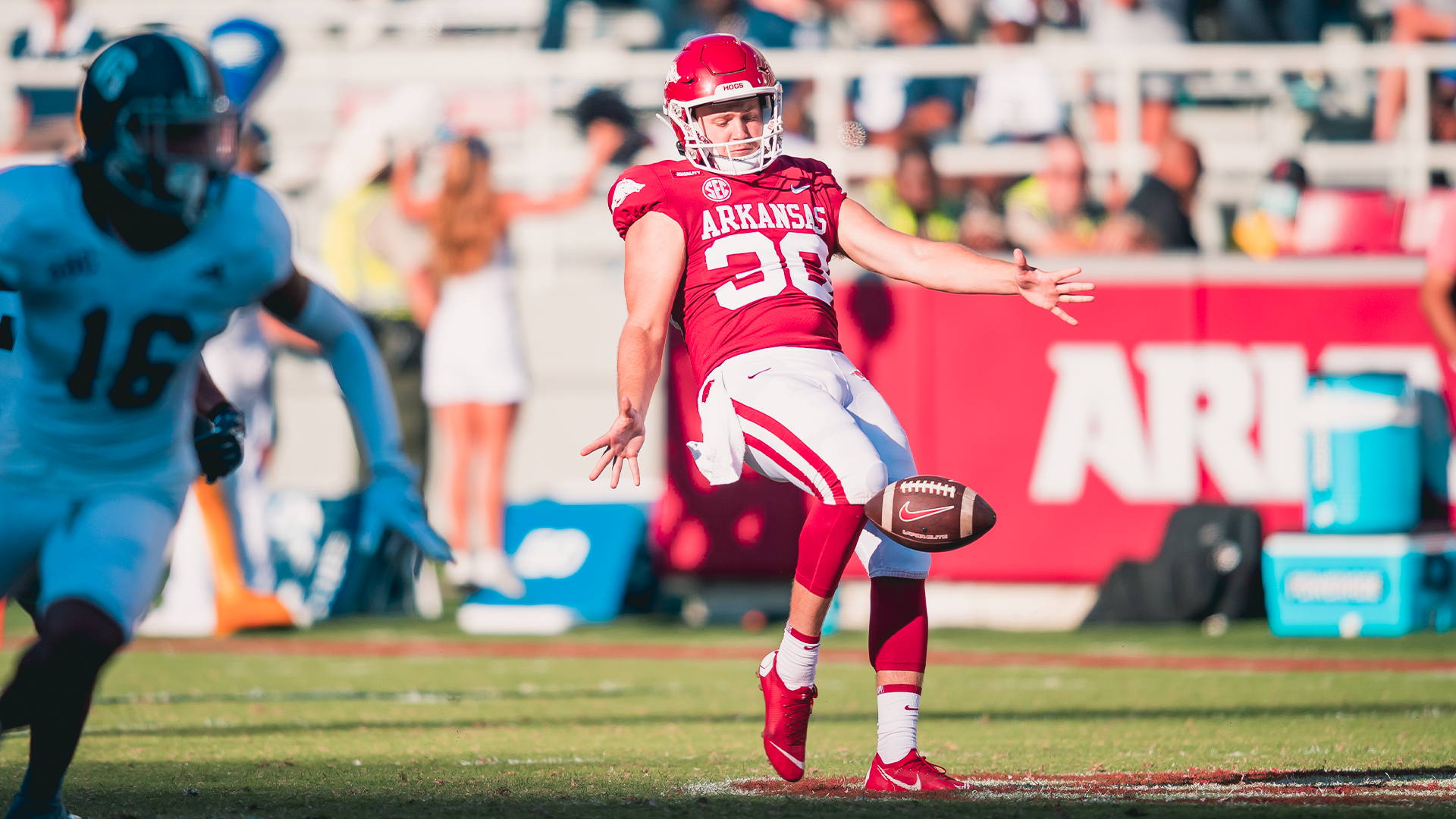 FAYETTEVILLE, Ark. – Arkansas punter Reid Bauer has been added to the watch list for the Ray Guy Award.

Bauer is one of 74 FBS candidates for the award, which is presented annually to college football’s most outstanding punter. Through three games this season, the Magnolia, Texas, product has booted the ball 12 times for 487 yards (40.6 avg.) with a long of 60 and pinned two punts inside the opponent’s 20.

After the finalists are named, the voting body will cast ballots again to select the nation’s top punter. The winner will be announced live during The Home Depot College Football Awards airing on ESPN on Dec. 9.

Bauer and the 16th-ranked Razorbacks take on No. 7 Texas A&M this Saturday at AT&T Stadium, home of the Dallas Cowboys. The 78th edition of the Southwest Classic kicks off at 2:30 p.m. on CBS.