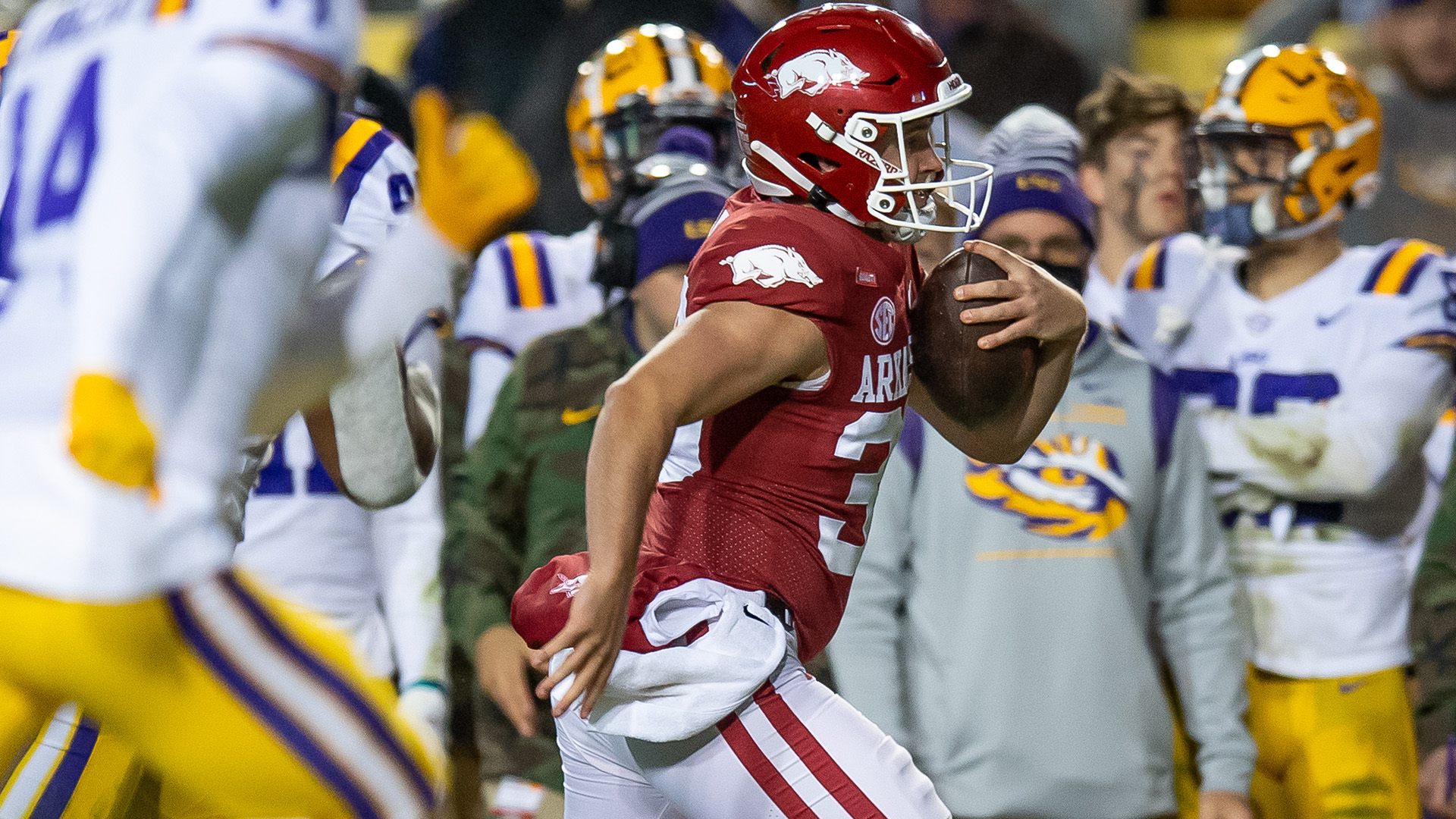 FAYETTEVILLE, Ark. – Arkansas redshirt junior punter Reid Bauer has been named the winner of the Mortell Award, which has been awarded annually since 2015 to college football’s best holder.

Working with kicker Cam Little and long snapper Jordan Silver, Bauer helped Arkansas’ field goal and extra point operation convert 20-of-24 field goal attempts and all 46 point after tries. Bauer, who also handles the Razorbacks’ punting duties, shined on fake field goals this season, converting a pair of fakes with his legs and his arm in back-to-back weeks.

On the road at LSU, Bauer received the snap for what would have been a 53-yard field goal try, and ran 23 yards for a first down, setting up 27-yard field goal, giving Arkansas a 13-10 lead in the third quarter of an eventual overtime win.

The next week at No. 2 Alabama, Bauer completed a 32-yard pass on a fake field goal to tight end Blake Kern for a touchdown which brought Arkansas within one possession in the fourth quarter.

Bauer also averaged 40.0 net yards per punt this season and has the eighth-highest grade (86.7) among FBS punters, according to Pro Football Focus.

The winner of the Mortell Award selects a charity of their choice to support. Bauer will aid the Northwest Arkansas Boys and Girls Club.

The award is named after Minnesota punter Peter Mortell, who started the award that was highlighted by ESPN’s College Gameday in its inaugural season.