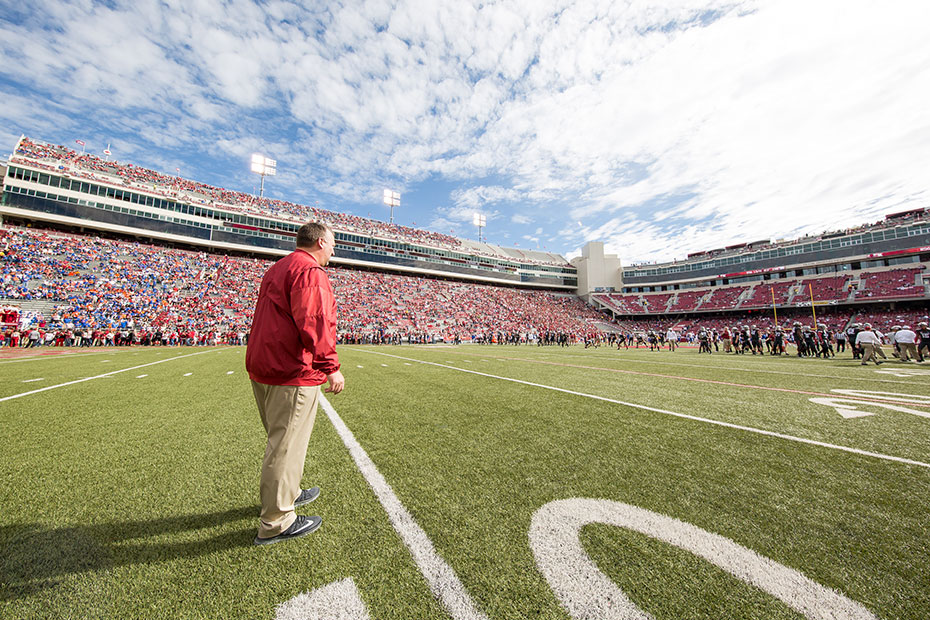 FAYETTEVILLE, Ark. – Arkansas head football coach Bret Bielema has been dismissed by the University of Arkansas, it was announced by Interim Athletics Director Julie Cromer Peoples. Bielema completed his fifth season as the Razorbacks’ head coach on Friday.

“Shortly after the completion of today’s game, I met with Coach Bret Bielema and informed him of our decision to move forward with new leadership in the Razorback Football program,” Cromer Peoples said. “During the course of the past five seasons, we have not been able to sustain the success on the field that is expected and required at the University of Arkansas. There is no question that Coach Bielema has been a valued and respected member of our department and has made a positive impact on the lives of our student-athletes, including supporting them in their pursuit of graduation. We are grateful for his contributions to our program and most importantly his investment in the lives of our student-athletes. We wish him the very best both personally and professionally.

“Our goal has been and will always be to compete and win in the SEC and nationally. I firmly believe that with all that the University of Arkansas has to offer, including our history and tradition, our facilities, our passionate fan base and competing in the nation’s best conference, we will attract the interest of many of the top coaches in the nation.”

Named the 32nd head coach in program history in December of 2012, Bielema compiled a 29-34 record over his five seasons. He led Arkansas to three straight bowl appearances, highlighted by wins over Texas at the 2014 Texas Bowl and Kansas State at the 2016 Liberty Bowl. In 2014, Arkansas became the first unranked team in college football history to post back-to-back shutouts over ranked opponents after blanking No. 20 LSU and No. 8 Ole Miss.