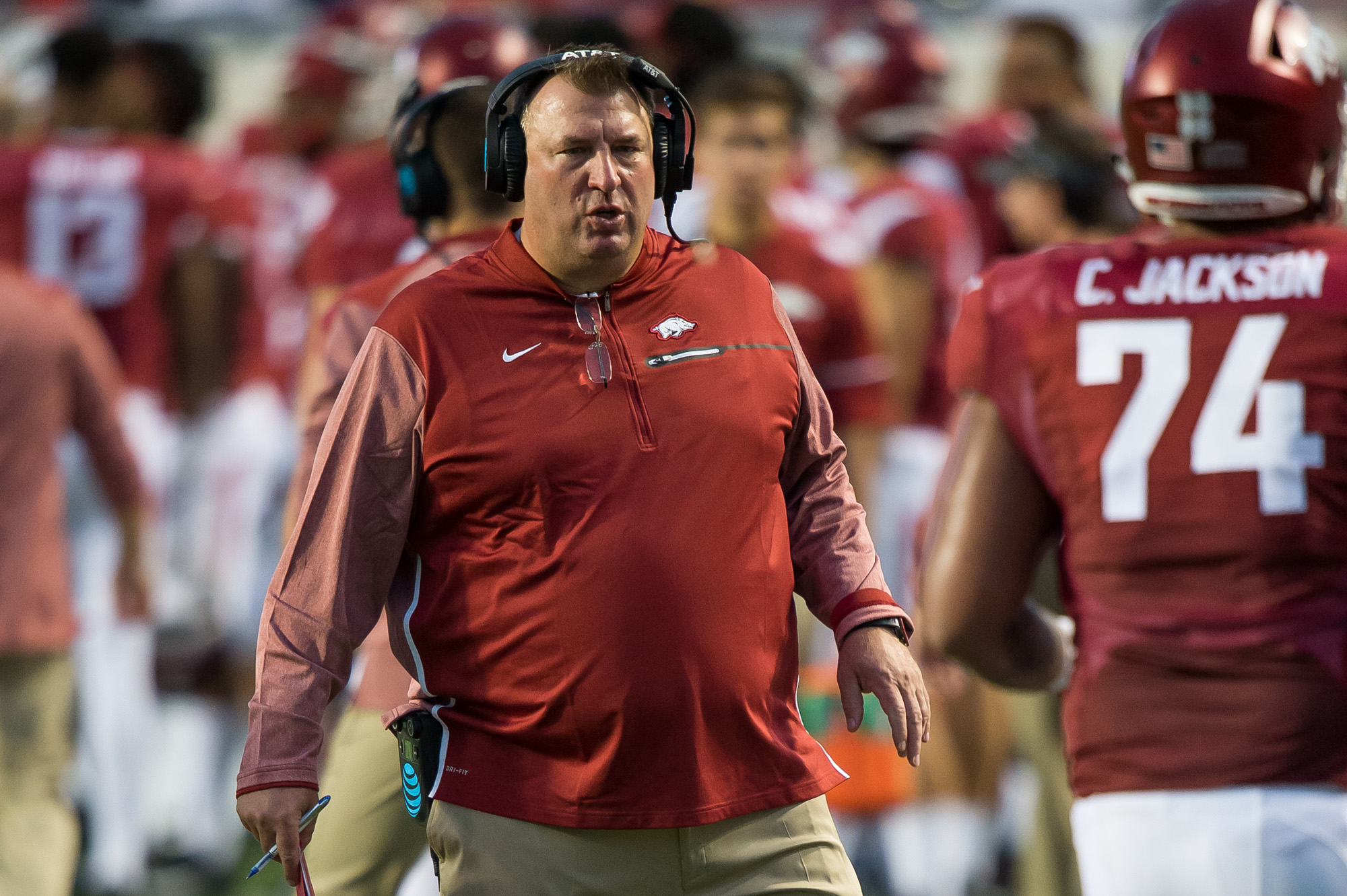 A total of nine true freshmen are on this week’s depth chart, including projected first team right guard Ty Clary and corner Kamren Curl. Last Thursday against Florida A&M, Clary became the first Arkansas offensive lineman since 2011 to start his first game as a true freshman. With his 120-yard debut on the ground in the season opener, running back Chase Hayden is the only true freshman in the FBS so far this week to rush for 100 yards and score a TD. 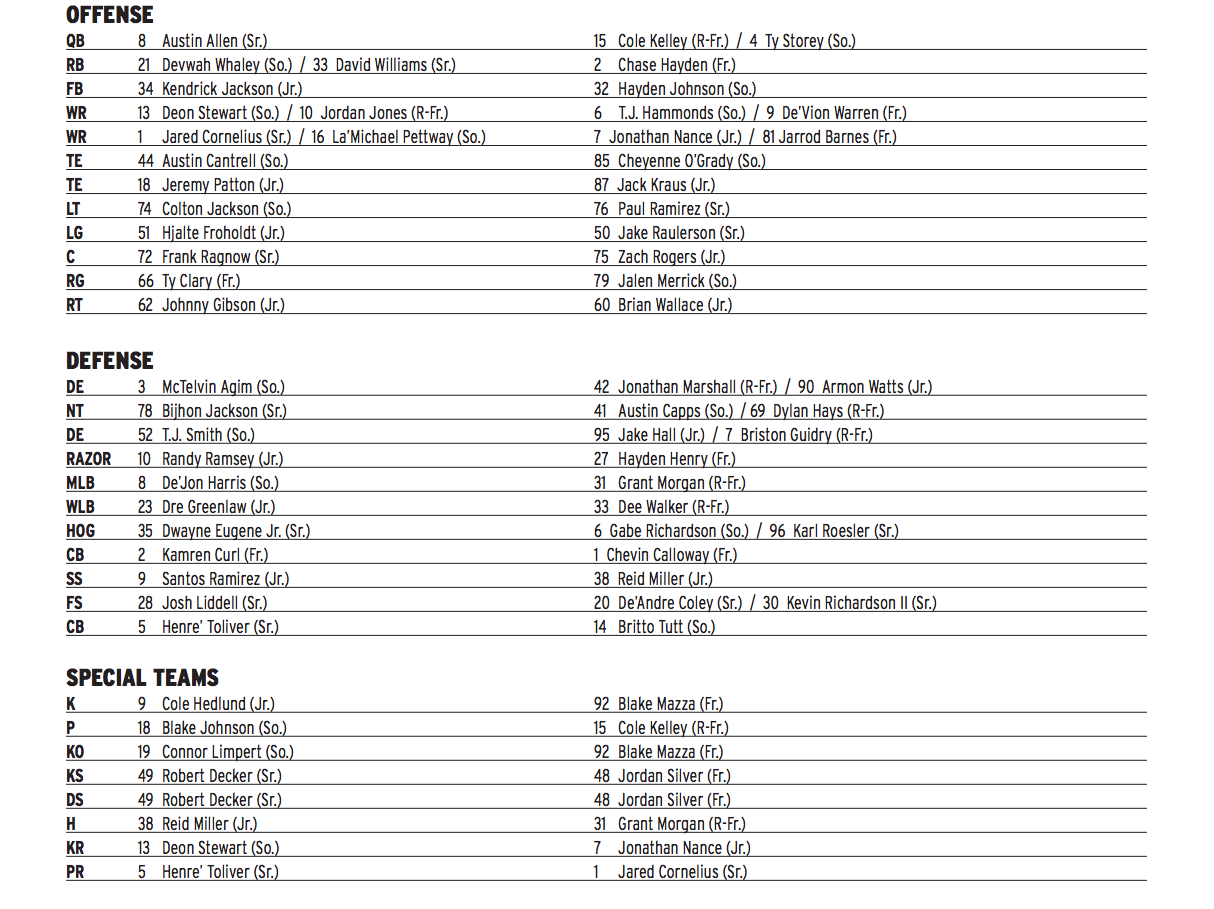