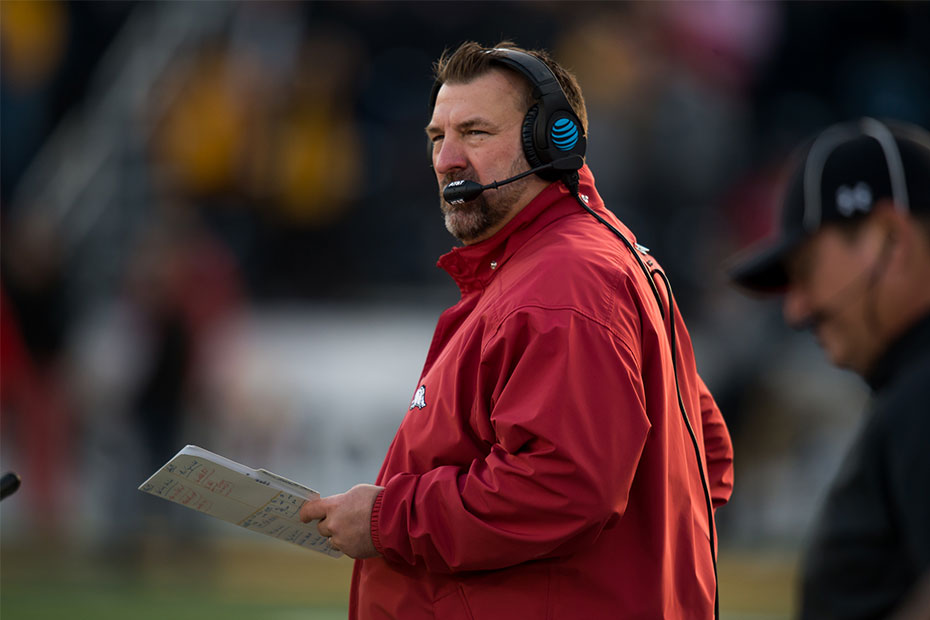 High School
Accounted for 36 touchdowns to help Bald Knob High School to an 11-2 record and a Class 3A conference championship as a senior in 2016 … Carried the ball 86 times for 697 yards and 16 TDs … Caught 36 passes for 909 yards and 12 TDs … Returned six punts for 232 yards and four TDs as well as seven kickoffs for 215 yards and a score … Clocked a time of 4.42 seconds in the 40 at the All Arkansas camp in Little Rock in June 2016 … Attended Nike The Opening Dallas in March 2016 … Invited to the 2016 U.S. Army All-American Combine … Earned All-State honors at wide receiver as a junior … Totaled 1,013 yards and 14 TDs on 90 carries … Hauled in 36 passes for 580 yards and 10 TDs … Returned an interception for a score … As a sophomore, earned All-Conference and All-Arkansas Prep honors … Tallied 940 yards and 11 TDs on 109 attempts on the ground … Recorded 315 yards and two TDs on 13 catches … Returned two kickoffs for TDs … Coached by Randy Johnston … Also played basketball, baseball and was a member of the track and field team at Bald Knob HS.

High School
Helped lead Little Rock Catholic to the 7A state playoffs each of his four years … Owns the school record in the bench press (370 lbs.) and squat (510 lbs.) … Attended the Arkansas three-day camp last summer … Has carried a 3.4 GPA over his high school career … Chose Arkansas over Air Force, Arkansas State and others.

Personal
Born on Oct. 28, 1998 … Son of Ashley and Brian Keith Horn … Dad played college baseball at Arkansas State and professionally with the Cleveland Indians … Has a younger brother, Alex.

High School
Rated as a five-star prospect and the No. 13 long snapper in the class according to Kohl’s Kicking, the premier specialist program in the country … Under Armour All-America honorable mention … Snapped 44 times as a senior … Attended the National Invitational Scholarship Camp, which is America’s largest camp for kickers, punters and snappers … Earned a spot in the final Under Armour Competition at the camp after he scored on 10 of his 12 snaps with an average snap time of .68 seconds … His snaps to a punter have been regularly clocked at 38 mph … Chose Arkansas over Oklahoma State, Oklahoma and Baylor.