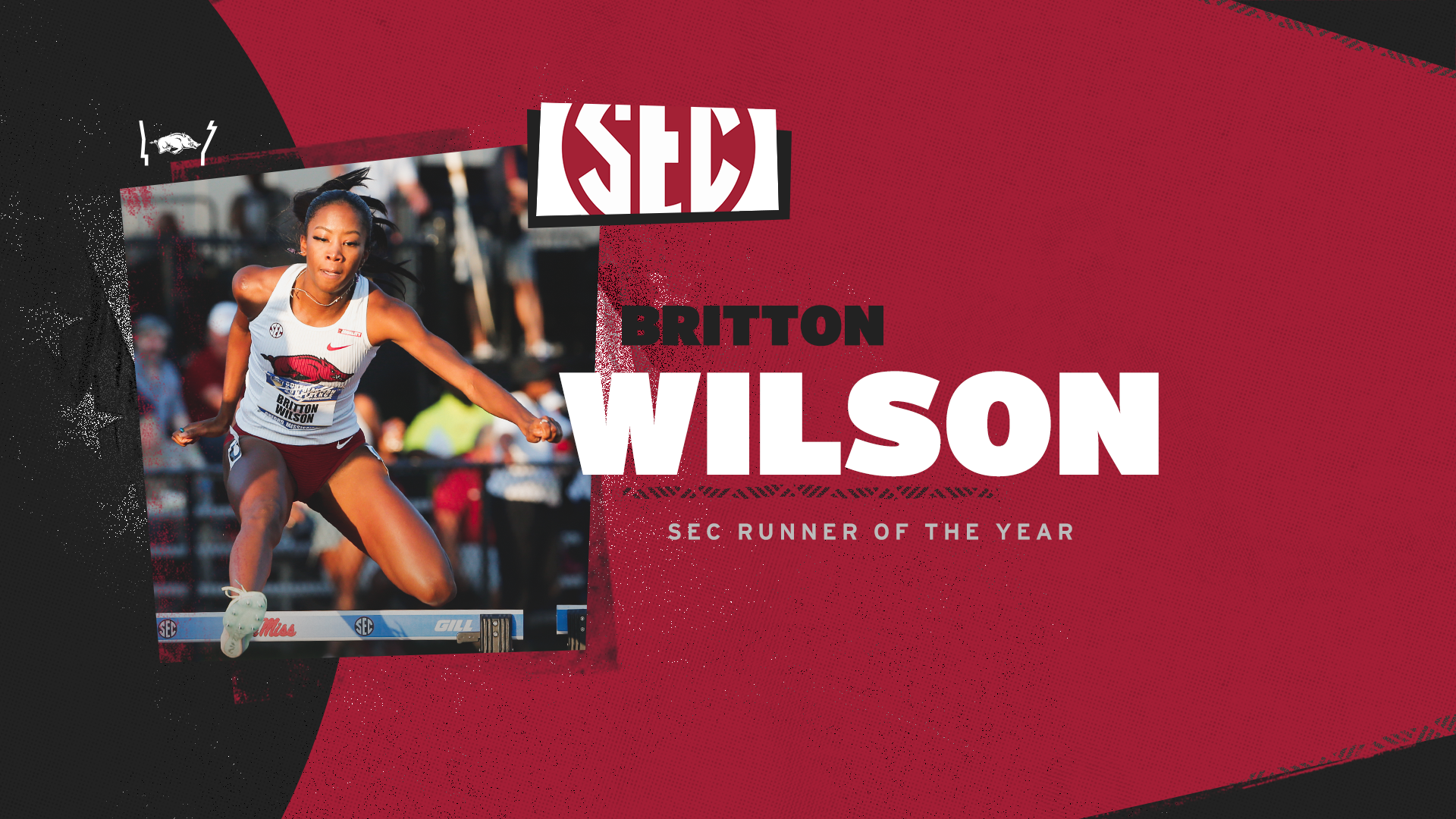 BIRMINGHAM, Ala. – Arkansas sophomore Britton Wilson earned SEC Outdoor Runner of the Year honors as voted upon by league coaches.

Those single day exploits earned Wilson a place on The Bowerman watch list.

The relay split is the fastest by a collegian, topping the 48.78 established by Kentucky’s Abby Steiner during the third leg of the SEC encounter, as well as the mark of 48.84 set the previous year by Texas A&M’s Athing Mu.

In winning the 400m hurdle title in a commanding fashion, Wilson became the first Razorback to claim the event since Sparkle McKnight in 2013. The 400m victory was the seventh Arkansas title over the past 10 SEC Outdoor meets.

Wilson became the first female to achieve the SEC 400m/400m hurdle double win. It’s only been done once on the men’s side, by Auburn’s David Adkins in 1966, the first year the 440y hurdles were added to the schedule instead of the 330y hurdles and previously the 220y hurdles.

Both winning marks by Wilson rank her as the No. 6 performer on the all-time collegiate lists.

Favored to win the NCAA 400m hurdle title in the Track & Field News form chart, Wilson is also predicted by the magazine to finish second in the event at the USATF Championships, the selection meet for Team USA at the 2022 World Championships, which will be held in Eugene, Oregon, this summer.