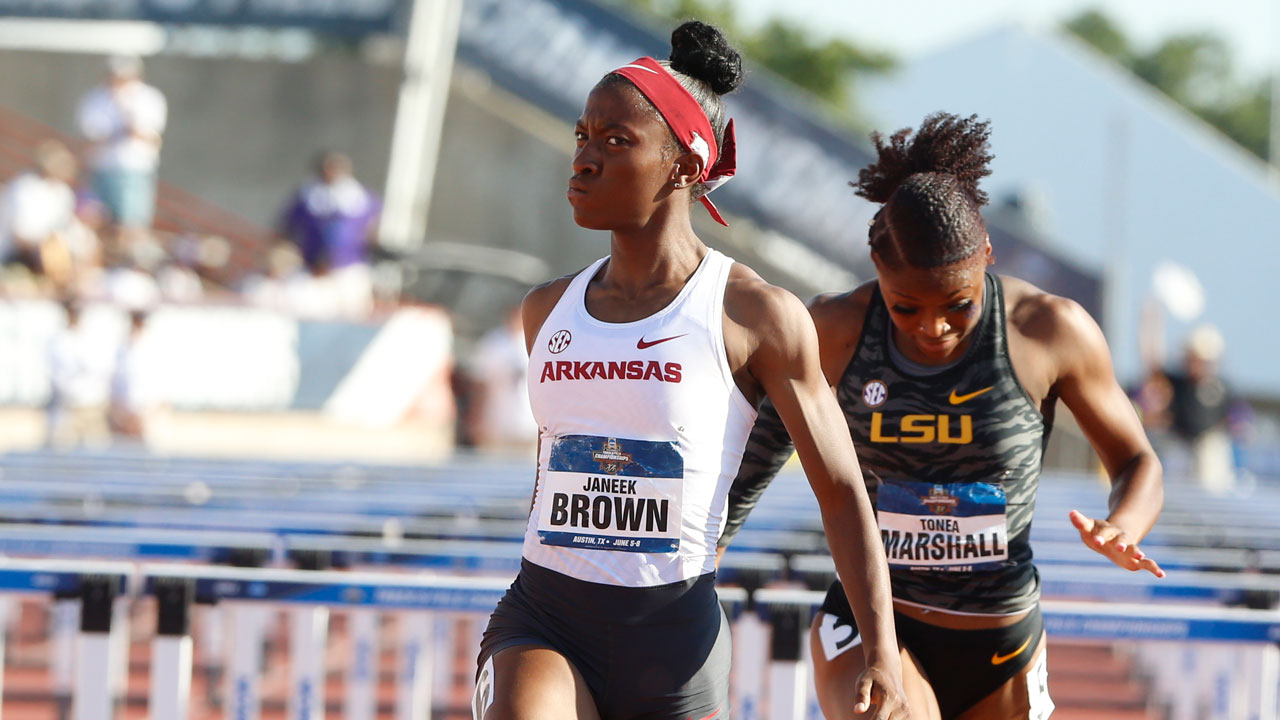 NEW ORLEANS, La. – Janeek Brown has a chance to make history this week, as the Jamaican Razorback sprinting sensation is a finalist for the Bowerman, collegiate track & field’s top honor, which will be awarded on Thursday, Dec. 19.

The second women’s finalist in program history and third overall at Arkansas, Brown put her name among the greats in track & field while competing as a sophomore in 2019. The ceremony will be held at the JW Marriott in Orlando and will be streamed live on ESPN3 and WatchESPN.com beginning at 6 p.m. CT.

Brown is one of three finalists for The Bowerman which is in its 11th season of recognizing the top collegiate male and female student-athletes of the track and field season. Joining Brown on the finalists’ list are Yanis David of Florida and Sha’Carri Richardson of LSU. Brown is the third Razorback to be named a finalist for the award in Arkansas Track & Field history joining Tina Sutej (’11) and Jarrion Lawson – the 2016 men’s award winner. 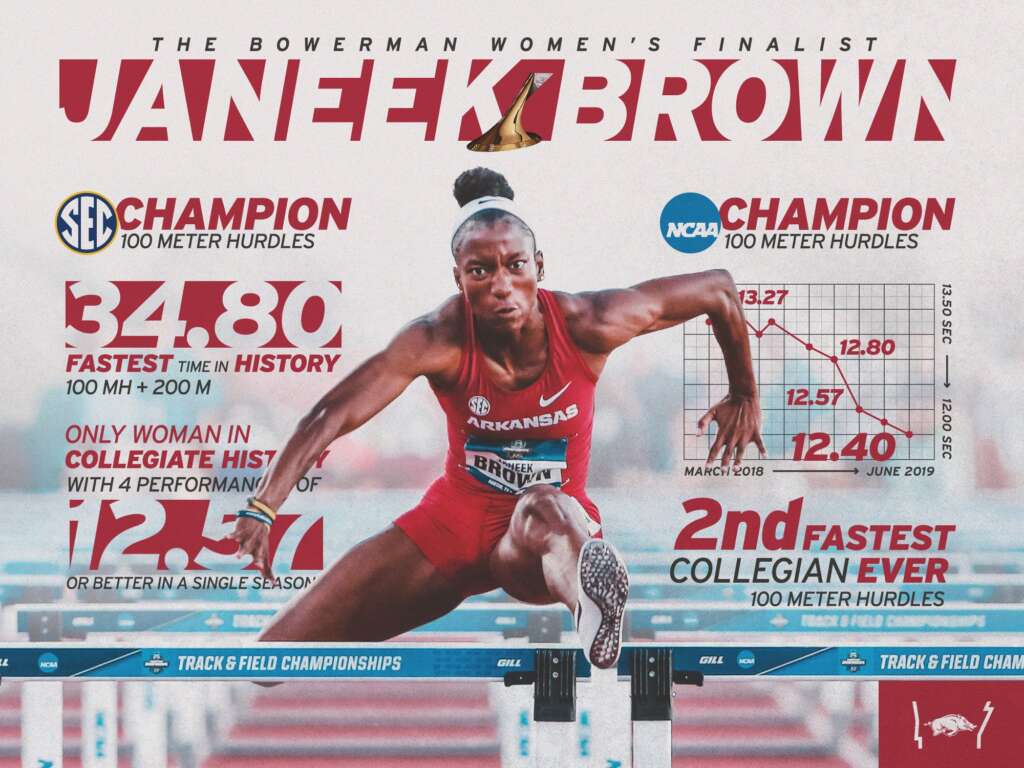 The Kingston, Jamaica, native became the first 100-meter hurdle national champion in Arkansas program history with her victory at the NCAA Outdoor Championships in Austin, Texas. During the 2019 campaign, Brown also set indoor and outdoor Arkansas top-10 marks in the high hurdles with an indoor 60-meter hurdle No. 2 time of 7.95 – two tenths of a second off Payton Chadwick’s school record mark – and an outdoor school record of 12.40 in the 100-meter hurdles that tied for the second-fastest mark in NCAA history in the event.

Brown’s 100H & 200m final double day at NCAA’s marked the fastest ever combined on the same day of competition at 34.80.

Prior to her national championship finish at the NCAA Outdoor Championships, Brown had lost only once during the 2019 outdoor season in the 100-meter hurdles, taking second place in the final at Texas Relays during her opening meet of the season. Brown also concluded the 2019 NCAA season as the only woman in collegiate history to record four performances of 12.57 or better in a single season.

Brown stacked nearly every trophy imaginable, helping the Arkansas women’s track & field teams to team indoor and outdoor SEC and NCAA Championships. Now, only one trophy eludes her and could come home to her trophy case on Thursday night.

Finalists for The Bowerman were chosen by the Bowerman Advisory Board based on performances recorded during the indoor and outdoor 2019 track and field seasons. Only performances through the conclusion of the NCAA Outdoor Track and Field Championships were used in consideration.

Brown’s season didn’t end at NCAA’s, as she would compete under the Jamaican banner at the IAAF World Championships in the 100-meter hurdles, finishing seventh overall in her first World’s competition. 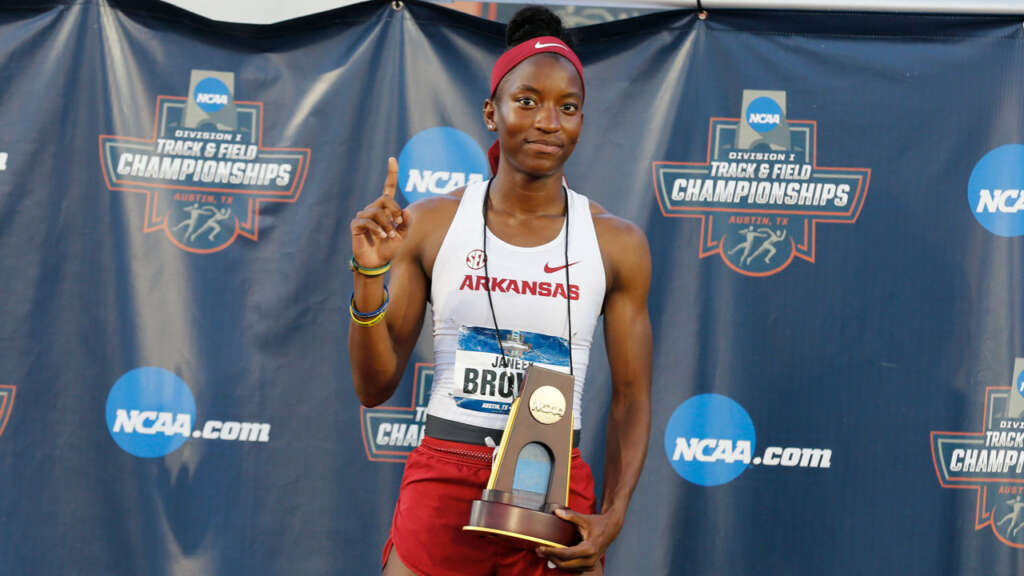 Past finalist of The Bowerman on the women’s side are:
2009
Winner: Jenny Barringer, Colorado
Finalist: Destinee Hooker, Texas
Finalist: Porscha Lucas, Texas A&M