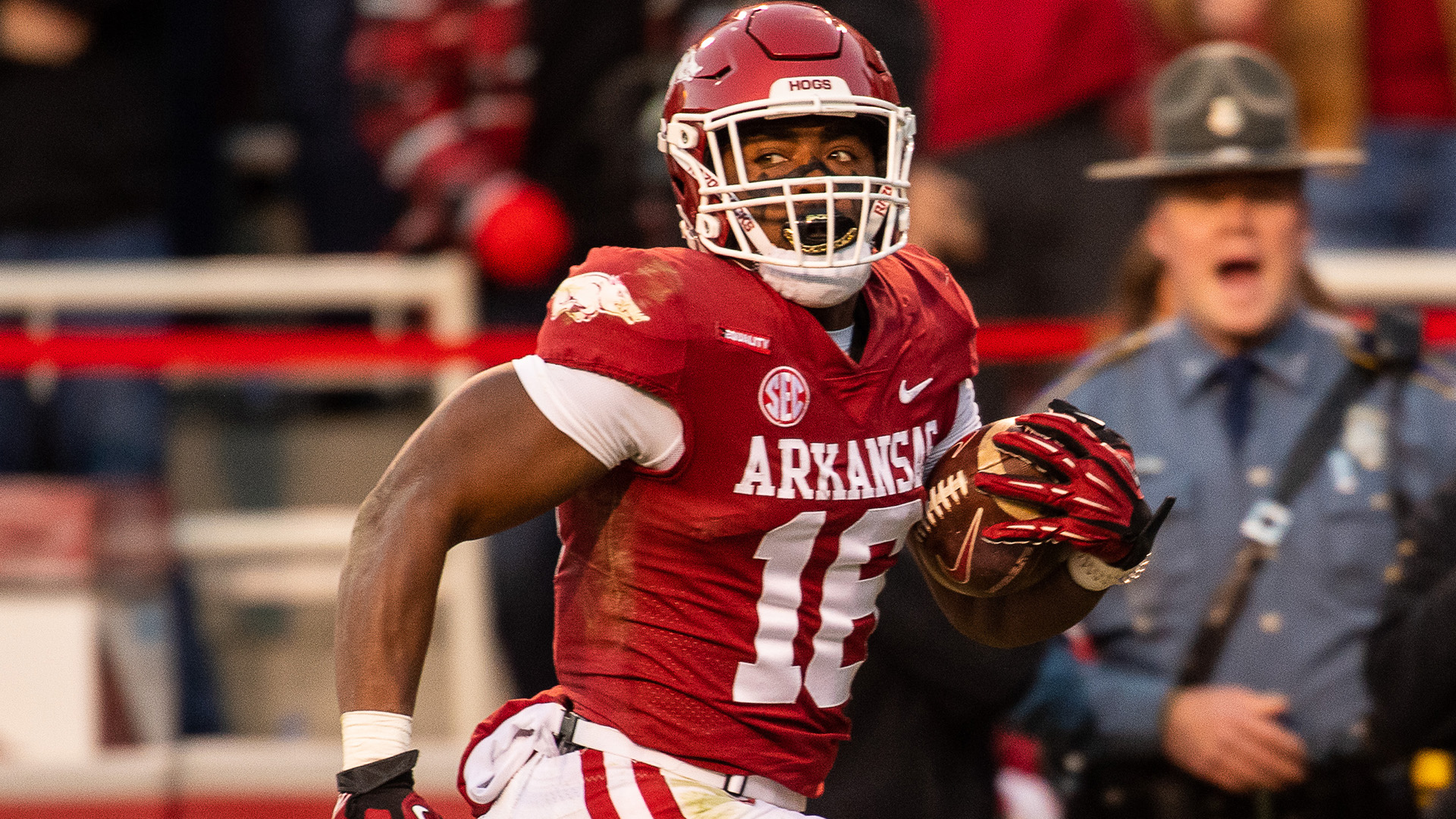 FAYETTEVILLE, Ark. – For the second time this season, Arkansas junior wide receiver Treylon Burks has been named SEC Offensive Player of the Week. The Warren, Ark. product hauled in seven receptions for 129 yards and a touchdown in the Razorbacks’ 34-17 win over Missouri last weekend.

Burks connected with Arkansas quarterback KJ Jefferson for a 52-yard touchdown reception in the third quarter for his 11th receiving touchdown of the season, tied for the second-most in a single season in school history. He eclipsed the 100-yard receiving mark in a game for the sixth time this season, setting a program record.

The wideout eclipsed the 1,000-yard receiving mark in a season during the game against the Tigers and ranks third in the school’s record book with 1,104 yards this year. His 2,399 career receiving yards are the sixth-most in school history.

Burks claimed his first SEC Offensive Player of the Week award this season by making six catches for 167 yards and a touchdown in Arkansas’ 20-10 win over then-No. 7 Texas A&M on Sept. 25.

The Razorbacks finished the regular season in third place of the SEC West Division standings with an 8-4 (4-4 SEC) record. Ranked No. 23 in the AP Poll’s final regular season release, Arkansas recorded its most wins in a regular season since 2011 and awaits a bowl assignment.

For ticket information call the Razorback Ticket Center at 479.575.5151 or click here.