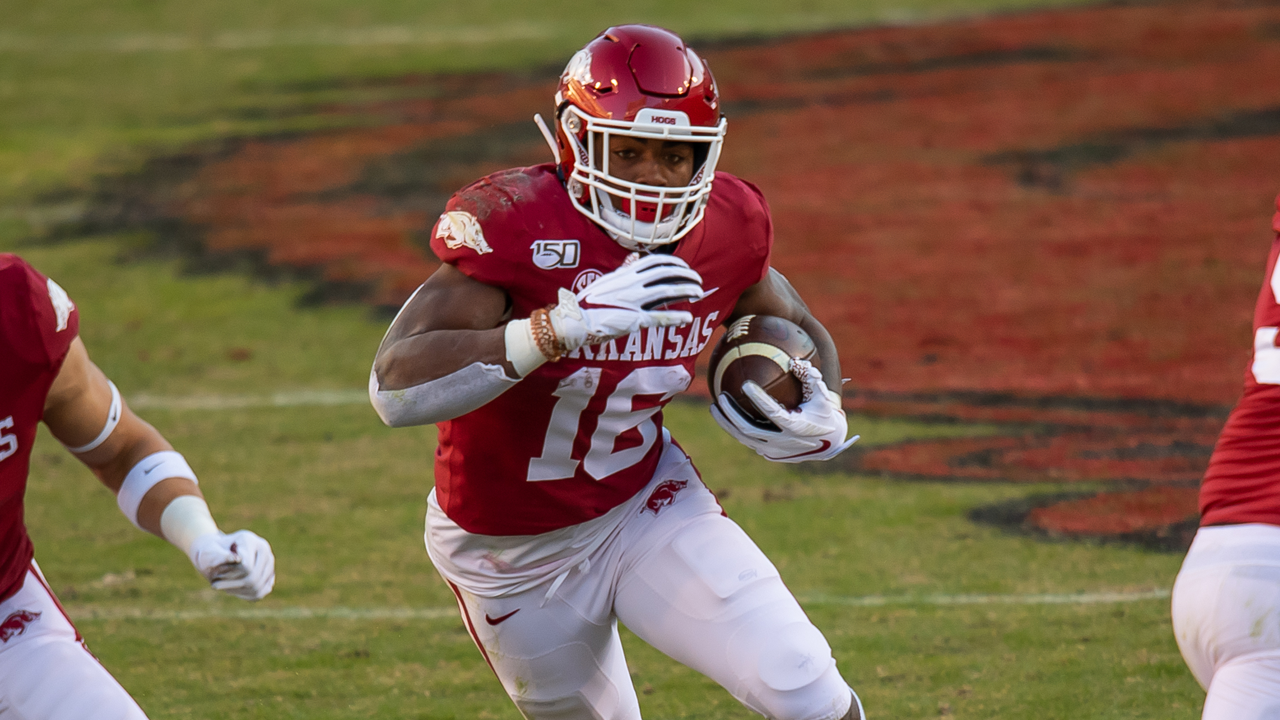 It is the first return specialist award for the Razorbacks since De’Vion Warren in 2017 (All-Freshman Team) and Burks is the first to earn the honor as a first or second team designee since Joe Adams landed on the first team as a wide receiver and punt returner in 2011.

Burks, a freshman from Warren, Arkansas, saw action on both kickoff and punt returns this season, totaling 22 between the two. He returned 10 kickoffs for 226 yards, averaging 22.6 per play, while returning 12 punts for 130 yards for a clip of 10.8 per return.

On top of his prowess in the return game, Burks also made an impact on offense, leading Arkansas in receiving yards with 475 on 29 receptions for a team-best 16.4 yards per catch. He led all SEC freshmen during the regular season in yards per game (43.2) and receptions per game (2.6).