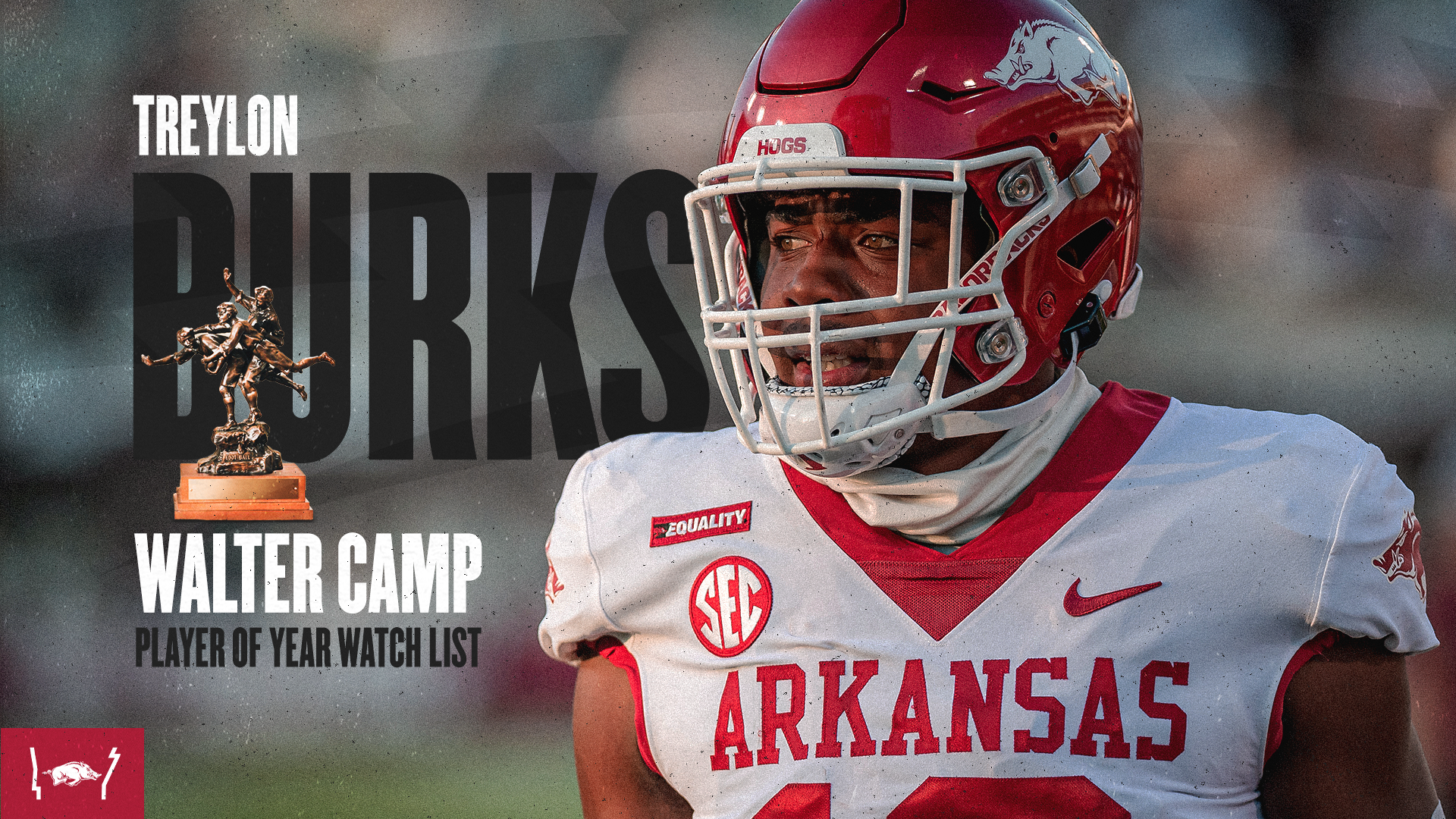 FAYETTEVILLE, Ark. – Arkansas junior wide receiver Treylon Burks has been named to the Walter Camp Player of the Year Watch List. Burks is one of 35 players selected to the watch list, and one of four wide receivers.

The Warren, Ark., native, who earned second-team All-SEC honors after the 2020 campaign, was one of only two FBS receivers to log 800+ receiving yards and 70+ rushing yards on the year. Earlier this preseason, Burks was named to the watch list for the Maxwell Award, which is presented to the most outstanding player in college football, and named Preseason All-SEC.

The Walter Camp Player of the Year award is the nation’s fourth-oldest individual college football accolade. The watch list will be narrowed to 10 semi-finalists in mid-November. The 2021 Walter Camp Player of the Year recipient, which is voted on by the 130 NCAA Bowl Subdivision head coaches and sports information directors, will be announced live on ESPN on Thursday, December 9. The trophy presentation is set to occur on Jan. 15, 2022, in New Haven, Conn.

The Razorbacks open the season at home against former Southwest Conference rival Rice at 1 p.m. Saturday, Sept. 4, on SEC Network+/ESPN+. Season tickets are available now and can be purchased here or by calling the Razorback Ticket Center at (479) 575-5151.