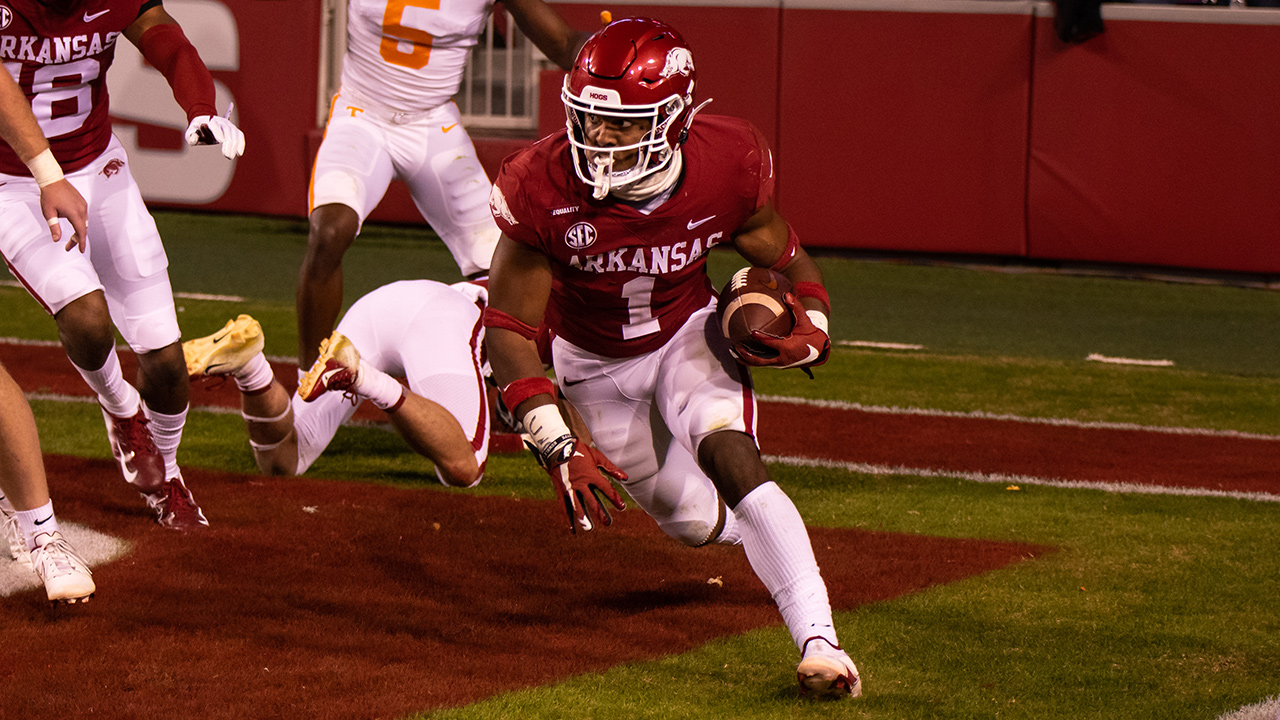 FAYETTEVILLE, Ark. – Arkansas redshirt freshman defensive back Jalen Catalon earned SEC Defensive Player of the Week recognition for the first time in his career by making 12 tackles with an interception and a forced fumble in the Razorbacks 24-13 win over Tennessee last weekend, the league office announced Monday.

The Razorbacks four SEC Defensive Player of the Week awards this year are the most in a single-season in school history. Catalon joined teammates Bumper Pool (Week 2), Joe Foucha (Week 2) and Grant Morgan (Week 4) as honorees.

On Tennessee’s final offensive play, Catalon registered his second interception of the season, picking off QB Harrison Bailey’s throw in the end zone, thwarting the Volunteers comeback attempt. The Mansfield, Texas native registered 10 of his 12 tackles in the first quarter while also forcing a fumble. He was part of the Razorback defense that held Tennessee to 107 passing yards, the Volunteers lowest since 2017 against Alabama (44 yards).

This season, Catalon has posted three 10+ tackle performances and leads the team with 36 solo tackles while ranking third in total tackles (58). Since 2000, the defensive back’s 58 total tackles are the most by an SEC freshman through the season’s first six games. He is the only FBS freshman to record 50+ stops and multiple interceptions this season.

Catalon, along with redshirt freshman DB Hudson Clark (3), make up the only freshmen duo in the country on the same team to each register multiple interceptions this year. Arkansas leads the country with 12 interceptions, which is the Hogs most in a season since 2014 (12).

The Hogs travel to Florida for the first time since 2013 this weekend on Saturday, Nov. 14 for a 6 p.m. kick off against the Gators on ESPN.