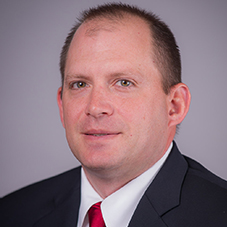 Last season, Smith’s defense was among the best in the nation against the run, holding 12 of 13 opponents below their season rushing average. Allowing only 116.46 yards per game on the ground, Arkansas ranked second in the Southeastern Conference and 12th nationally in rushing defense.

Most notably, the Razorback defense did not allow a running back to rush for more than 100 yards in regulation, which included both LSU’s Leonard Fournette (91) and Heisman Trophy winner Derrick Henry (95) from national champion Alabama. Fournette and Henry averaged 162.75 and 147.93 yards rushing per game respectively.

In 2014, Smith’s first season on The Hill, the Arkansas defense ranked No. 10 in both scoring defense (19.2 points per game) and total defense (323.4 yards per game). It was the first time since Arkansas joined the SEC in 1992 that the Razorbacks had finished in the top 10 in either statistic.

In that same year, the Arkansas defense posted an improvement of 11.6 points allowed per game, the largest turnaround in the SEC and the seventh-best improvement in the nation. Arkansas became the first unranked team in college football history to post back-to-back shutouts of ranked opponents when the Razorbacks blanked No. 20 LSU and No. 8 Ole Miss.

Under Smith’s leadership and vision, Martrell Spaight became one of the best linebackers in the nation in 2014. Despite starting just two games the previous year, Spaight became a consensus first-team All-SEC linebacker and was the first Razorback in school history to lead the SEC with 128 total tackles. Spaight was selected by the Washington Redskins in the fifth round of the 2015 NFL Draft.

The Razorbacks had four defensive players chosen in the 2015 NFL Draft – the most in one year since 1989. Smith was also the college position coach for Devin McCourty, Logan Ryan and Duron Harmon, three members of the secondary for the New England Patriots’ Super Bowl XLIX team.

Smith spent the 2013 season as linebackers coach for the Tampa Bay Buccaneers after 14 years of collegiate coaching experience, which included four seasons at Rutgers University where he was defensive coordinator and secondary coach in 2012.

In 2013 with the Buccaneers, Smith coached second-year linebacker Lavonte David. David was named a first-team All-Pro that season, one of just 12 defensive players in the NFL recognized on the first-team defense, after he started all 16 games and recorded 144 tackles, including 6.0 sacks, five interceptions, 10 passes defensed, two forced fumbles and one fumble recovery. Since sacks became an official statistic in 1982, David was the first linebacker in NFL history and third player to register at least 100 tackles with at least six sacks and five or more interceptions in a season, joining Rodney Harrison in 2000 and Dave Duerson in 1986.

The 2012 season saw Rutgers claim its first conference title since 1961 and the fifth in school history. The Scarlet Knights finished the year ranked fourth in the nation in points allowed per game (14.2), sixth in rush yards allowed per game (95.2), 10th in total defense (311.6 yards per game) and tied for third in rushing touchdowns allowed (6). Rutgers allowed just 91 points against seven Big East opponents, ranking as the eighth-lowest total in conference history. The defense held opponents to 95.2 rushing yards per game, only the third time in school history the Scarlet Knights kept the opponent average below 100 yards.

While at Rutgers, Smith coached linebacker Khaseem Greene who became an All-American and was selected in the fourth round of the 2013 NFL Draft by the Chicago Bears. As a junior in 2011, Greene switched from safety to weak side linebacker. He led the Big East Conference with 141 tackles, 3.5 sacks and two forced fumbles. As a senior in 2012, Greene recorded 136 tackles, including 12 for loss with six sacks, six forced fumbles, two interceptions and three fumble recoveries with two returned for touchdowns. He was named the Big East Defensive Player of the Year and was named a first-team All-American by ESPN. Greene’s 15 career forced fumbles stand as the NCAA record.

Under Smith’s guidance, Rutgers became one of the best special teams units in college football. The Scarlet Knights ranked in the top 10 in blocked punts each of his three years coordinating the unit. Rutgers led the country in 2010 with nine blocked punts, tied for second in 2011 with nine and ranked eighth in 2009 with five. While Smith was at Rutgers, the Scarlet Knights led the nation with 31 blocked kicks. They were also one of the best in the nation in punt and kick returns for touchdowns, tying for fifth with five punt return touchdowns and tying for ninth with four kickoff return touchdowns. Their nine combined special teams touchdowns tied for the fifth-highest total in the NCAA during that time.

Before going to Rutgers, Smith worked at the University of Maine as assistant head coach and defensive coordinator (2006-08), special teams and linebackers coach (2005) and defensive backs coach (2002-04). Under Smith, Maine boasted one of the top defenses in the FCS, highlighted by the 2006 team that ranked first in rush defense, second in total defense, third in sacks and fourth in scoring defense.

A 1997 graduate of Allegheny (Pa.) College with a bachelor’s degree in economics, Smith was a three-year letterwinner at strong safety. He began his coaching career as a graduate assistant with Iowa from 1999-2001 and earned his master’s degree in communications studies from Iowa in 2002.

Smith and his wife Amy have two children: Charlie and Jack.