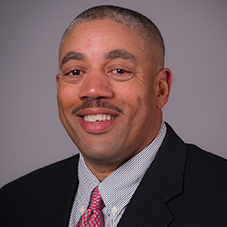 Vernon Hargreaves enters his second season on The Hill after being named linebackers coach on Jan. 20, 2015. He joined the Arkansas staff with 30 years of collegiate coaching experience, including the previous 17 years at the Football Bowl Subdivision level.

In those 17 seasons, Hargreaves’ teams advanced to 14 bowl games, including two appearances in the BCS National Championship while at Miami. As the Hurricanes’ linebackers coach, he helped Miami win the 2001 national championship and was the position coach for NFL stars Jonathan Vilma, Dan Morgan and D.J. Williams.

During his first season at Arkansas, Hargreaves helped develop Brooks Ellis and Dre Greenlaw into one of the SEC’s top duos at linebacker in 2015. Ellis led the team in tackles with 102, which tied for ninth in the SEC. Greenlaw finished fifth nationally among FBS freshmen and tops among SEC rookies with 95 tackles and earned multiple freshman All-America honors for his efforts. Ellis and Greenlaw combined for 150 tackles over the last nine games. The duo finished the season as one of six pairs of teammates to rank in the SEC’s top 20 in total tackles.

Prior to Arkansas, Hargreaves spent the previous two seasons at Houston where he coached linebackers. In 2014, he helped the Cougars finish 8-5, including a thrilling come-from-behind victory over Pittsburgh in the Lockheed Martin Armed Forces Bowl. The Cougars ranked second in The American Conference and 11th nationally with 30 forced turnovers and 15th nationally in scoring defense, allowing just 20.6 points per game.

In 2013, Hargreaves helped Houston rank as the third-most improved defense nationally after allowing just 21.8 points per game, 14.2 points per game lower than the previous season. Houston led the nation with 43 turnovers created and also led the country in turnover margin.

Prior to Houston, Hargreaves served as the special teams coordinator and defensive ends coach at South Florida. The Bulls finished second nationally in tackles for loss and fourth nationally in sacks during the 2011 season, in large part due to the outstanding play of Hargreaves’ defensive ends. He helped South Florida claim its fourth bowl victory in school history with a win in the 2010 Meineke Car Care Bowl over Clemson.

In his first season at USF in 2011, Hargreaves guided a unit that helped the defense rank 17th in total defense, 22nd in scoring defense and 22nd in rushing defense. The Bulls led the league in tackles for loss and ranked fourth in the Big East in sacks.

Hargreaves also spent three seasons as the special teams coordinator and defensive ends coach at East Carolina from 2007 to 2009. He helped defensive end C.J. Wilson earn back-to-back Conference USA Defensive Player of the Year awards in 2008 and 2009. Wilson was selected by the Green Bay Packers in the 2010 NFL Draft and started at defensive end for the Packers in Super Bowl XLV. The Pirates played in a bowl game in all three seasons Hargreaves was on the coaching staff.

From 1998 to 2005, Hargreaves was the linebackers coach at Miami, where he helped lead the Hurricanes to a BCS National Championship title in 2001 and another BCS National Championship game appearance in 2002. At Miami, Hargreaves helped mold Vilma, Morgan, Williams, Rocky McIntosh and Nate Webster into NFL linebackers. Seven of his linebackers at Miami were selected in the NFL Draft, including Morgan who won the Butkus Award, Nagurski Trophy and the Bednarik Award in 2000.

The 2001 Hurricanes were one of the best defensive units in the history of college football, allowing just 9.4 points per game and only 138.2 passing yards per contest. Hargreaves helped Miami to a perfect 12-0 season, culminating in the 2002 BCS National Championship game win over Nebraska.

During the 2000 campaign, Hargreaves helped Morgan make the switch from outside linebacker to middle linebacker. The position change was wildly successful, as Morgan became the first player to ever sweep the Butkus, Nagurski and Bednarik Awards in the same season and was a consensus All-American selection.

Hargreaves finished his playing career at Connecticut in 1983 where he was a two-time All-American. He earned all-conference honors twice during his career and was selected a team captain as a senior. His 393 career tackles still ranks sixth all-time in school history. Hargreaves was named a member of UCONN’s 100th anniversary team.

The New Haven, Conn., native earned his bachelor’s degree in sociology from Connecticut in 1986. He and his wife, Jackie, have three children: Carina, Vernon III and Chanelle. Vernon III played cornerback at Florida from 2013-15 and was selected by the Tampa Bay Buccaneers as the 11th pick in the first round of the 2016 NFL Draft.