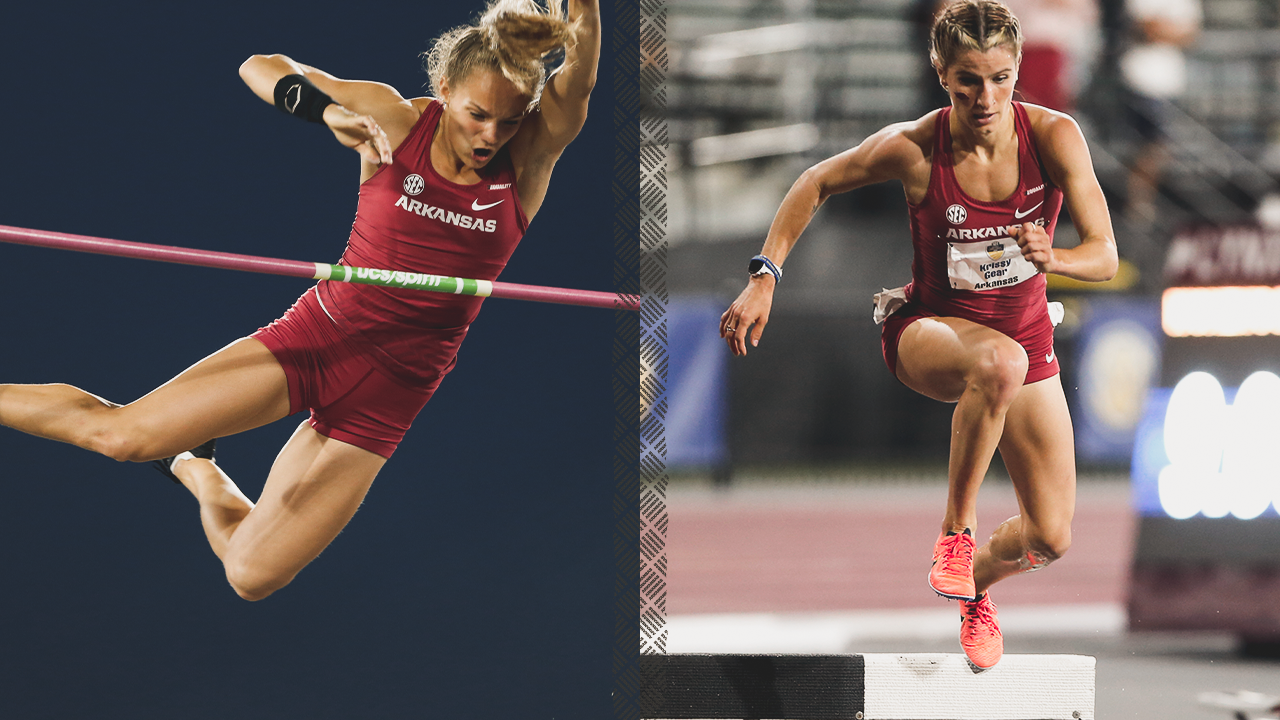 Double SEC gold for Razorbacks with Campbell and Gear

COLLEGE STATION, Texas – A pair of victories highlighted the second day of the SEC Championships for the Razorbacks as Nastassja Campbell won the pole vault and Krissy Gear claimed the 3,000m steeplechase with an Arkansas school record.

In addition to the pair of victories, depth in the pair of events provided the Razorbacks with a total of 38 points, with 23 in the pole vault and 15 in the steeplechase.

The Razorbacks also advanced well, qualifying nine more to Saturday finals with three each in the 100m hurdles and 1,500 along with a pair in the 400m and one in the 100m.

Auburn’s Joyce Kimeli had a commanding lead in the steeplechase, but Gear steadily tracked her down. A final lap of 1:09.97 by Gear, compared to a 1:20.77 for Kimeli, enabled Gear to catch and pass Kimeli for a victory in a time of 9:38.62.

Lauren Martinez tied for second place with LSU’s Lisa Gunnarsson as they both cleared 14-8 ¾ on first attempts to shar the lead at that point. It was a career best vault for Martinez and moved her to No. 6 on the UA all-time list.