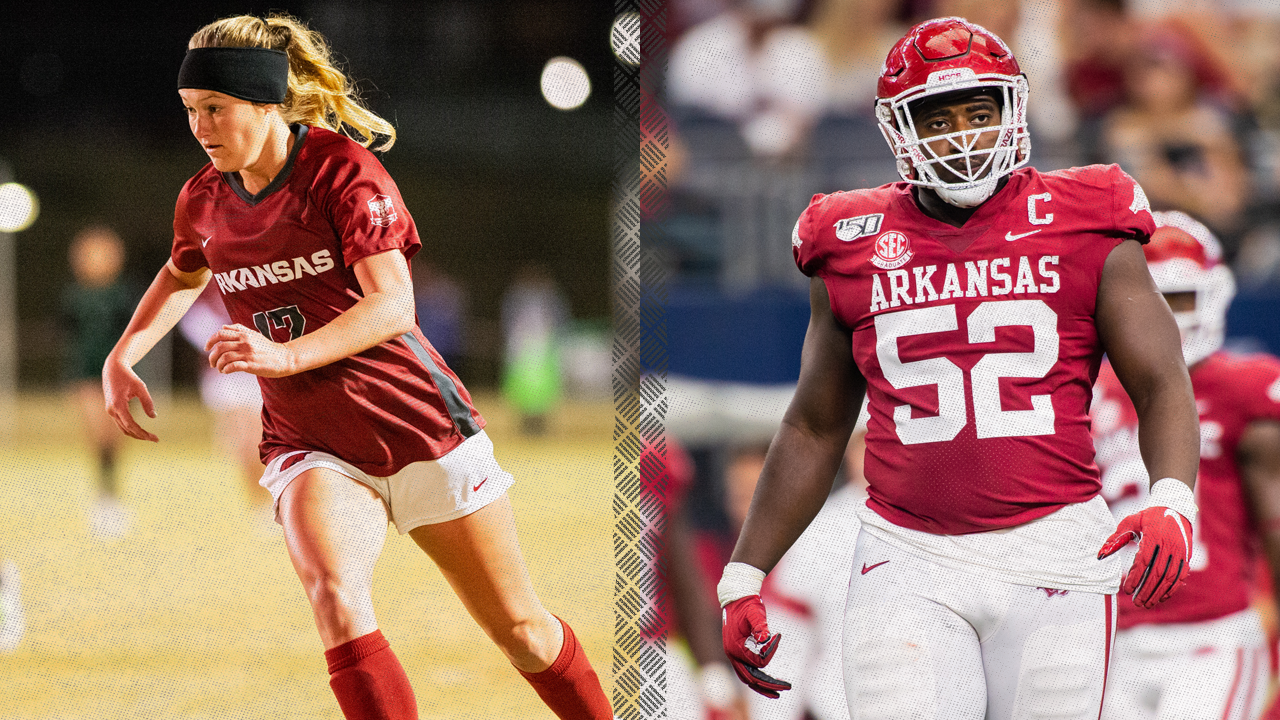 The SEC Community Service Post-Graduate Scholarship is named for former Associate Commissioner Brad Davis. Davis succumbed to cancer on March 2, 2006. He had been a member of the SEC staff since 1988, first serving as an assistant commissioner until 1994 when he was promoted to associate commissioner.

Doyle, the school leader in games played and started, became the first Razorback in soccer history to play in four-straight NCAA Tournaments. After leading Arkansas to its first SEC Championship in school history this past season, she now ranks in the top-10 in Razorback history in goals, assists and points. Doyle was a two-time member of the SEC All-Tournament Team and All-SEC Second Team. In her freshman campaign, the Lewisville, Texas native, was tabbed to the SEC All-Freshman Team and NSCAA All-South Region Third Team.

Off the field, Doyle was a four-year member of the Student-Athlete Advisory Committee (SAAC), becoming an Ambassador of Compassion and volunteering at National Girls and Women in Sports Day. She also served at the Peace at Home Family Center which supports victims of domestic violence and was a mentor for the EMPOWER program at the University of Arkansas to help young adults with intellectual disabilities.

Smith, from Moultrie, Georgia, has served alongside several organizations to help better the Fayetteville and Arkansas communities. He has participated in Lift Up America, visited with Boys & Girls Club children at post-practice events, worked with Blue Cross Blue Shield to help pack meals for families in need for the Fearless Food Fight and has visited Arkansas Children’s Northwest Hospital multiple times to lift the spirits of sick children.

Smith has also worked diligently in the classroom, earning First-Year SEC Academic Honor Roll accolades for the 2015-16 athletic year and was also awarded Fall Academic Honor Roll status by the conference after the 2017 and 28 football seasons. Smith is also involved with the Arkansas Student-Athlete Advisory Committee (SAAC) and represented the Razorbacks as part of the SEC Leadership Council.

On the field, Smith started all 12 games in his final season as a Razorback at defensive tackle. He racked up 20 stops, five solo, with 4.0 for loss, including 2.5 sacks. He was also credited with three quarterback hurries and a forced fumble, coming against Texas A&M on Sept. 28.