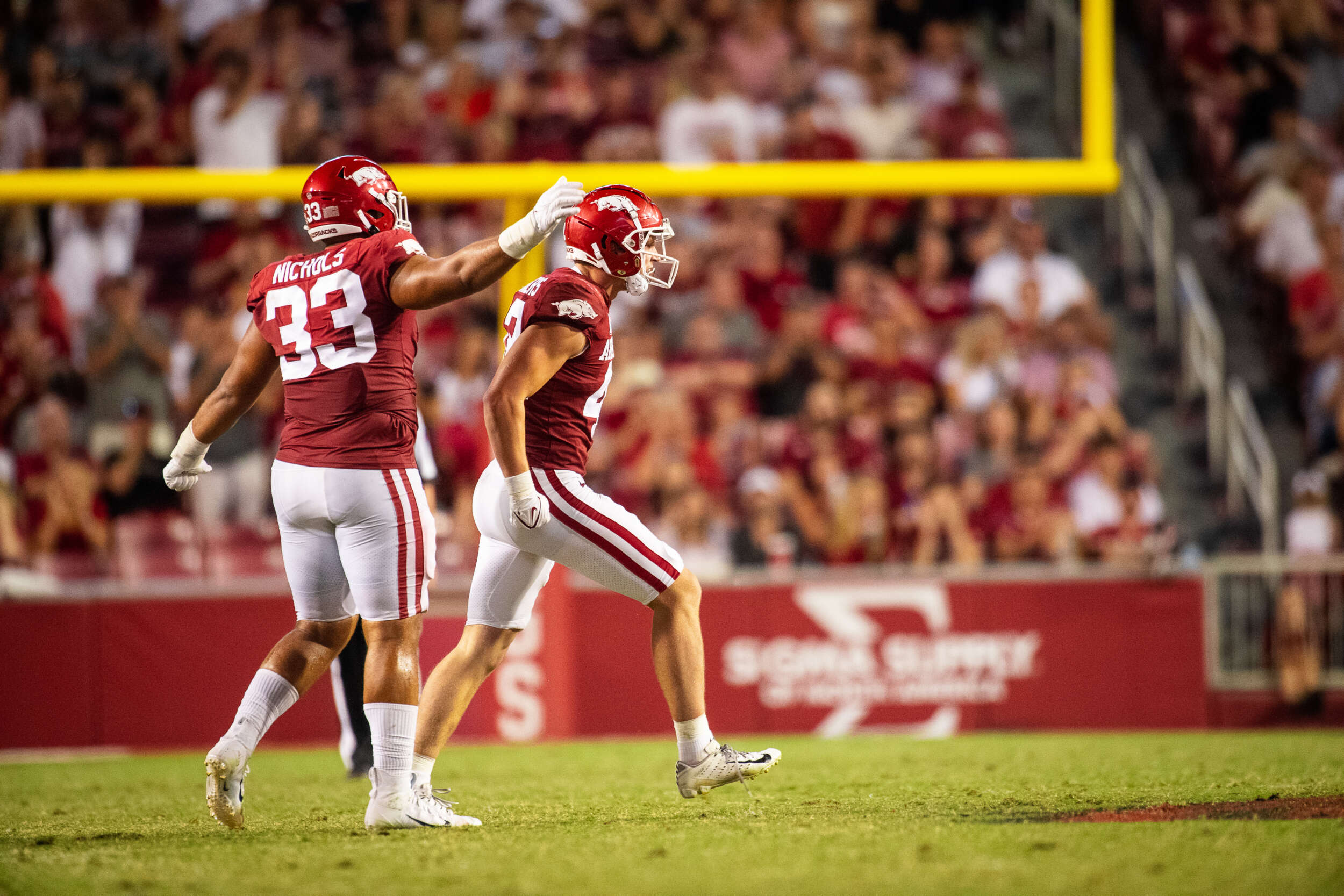 Following four distinguished performances, Sanders paces Arkansas in tackles for loss (6.5), sacks (5.5), and forced fumbles (2) while ranking second in total tackles with 31 (team-high 16 solo). With the help of Sanders, who is tied for the national lead in sacks (5.5), Arkansas leads the country in sacks (20) and sacks per game (5.0) this season.

In Arkansas’ SEC opening win over South Carolina, Sanders racked up 11 total tackles with 3.0 tackles for loss, 2.0 sacks, two forced fumbles and a pass breakup. Since 2000, only two SEC defenders have recorded double-digit tackles with 2+ sacks, 2+ forced fumbles and at least one pass breakup in a game: Sanders (Arkansas) vs. South Carolina in 2022 and Greg Hardy (Ole Miss) vs. Alabama in 2007.

Each month during the regular season, the Butkus Award selects a college linebacker of the month. The award semifinalists are expected to be named Oct. 31 with finalists to follow Nov. 21. The winner will be named on or before Dec. 7. The Butkus Award is named after the legendary Dick Butkus, who dominated college football and then became a star for the Chicago Bears, and is focused on recognizing linebackers who consistently play off the ball on their feet in a two-point stance in traditional form.