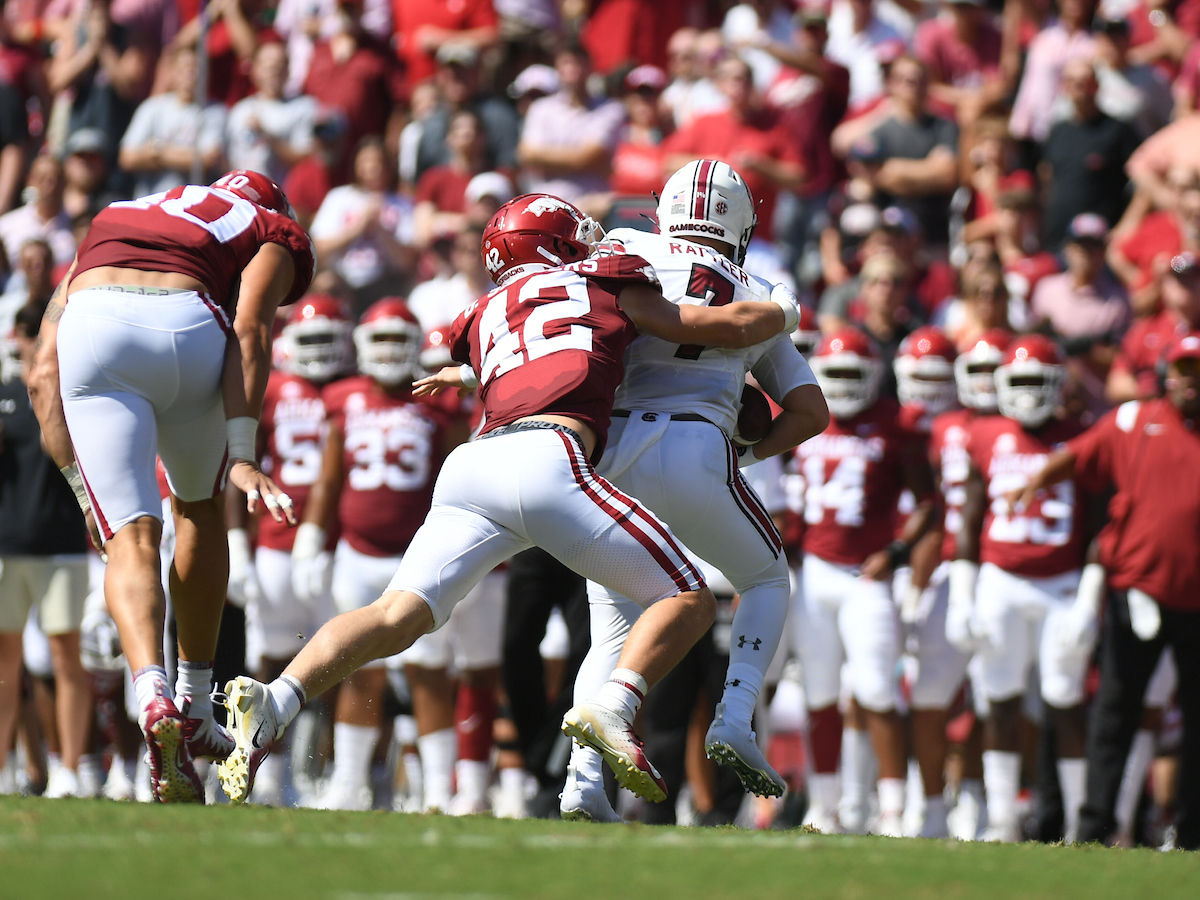 In his second game as a Razorback, Sanders guided Arkansas to a 44-30 win over South Carolina on Saturday. The Denton, Texas, native recorded career highs in total tackles (11), including eight solo stops, and tackles for loss (3.0-12) against the Gamecocks. Sanders tied a school single-game record (based on available stats) in forced fumbles with two while tallying one pass breakup and one quarterback hurry.

Anchoring the Razorback defense, Sanders became one of two SEC defenders since 2000 to have totaled 10+ tackles with 2.0 or more sacks, two or more forced fumbles and a pass breakup in a single game. His 3.0 tackles for loss were the most in a game by a Hog defender since Bumper Pool totaled 3.0 against Texas A&M in 2020.

Sanders is the fifth Arkansas player to earn Walter Camp National Player of the Week honors since 2004 and the first since Hunter Henry did in 2021.