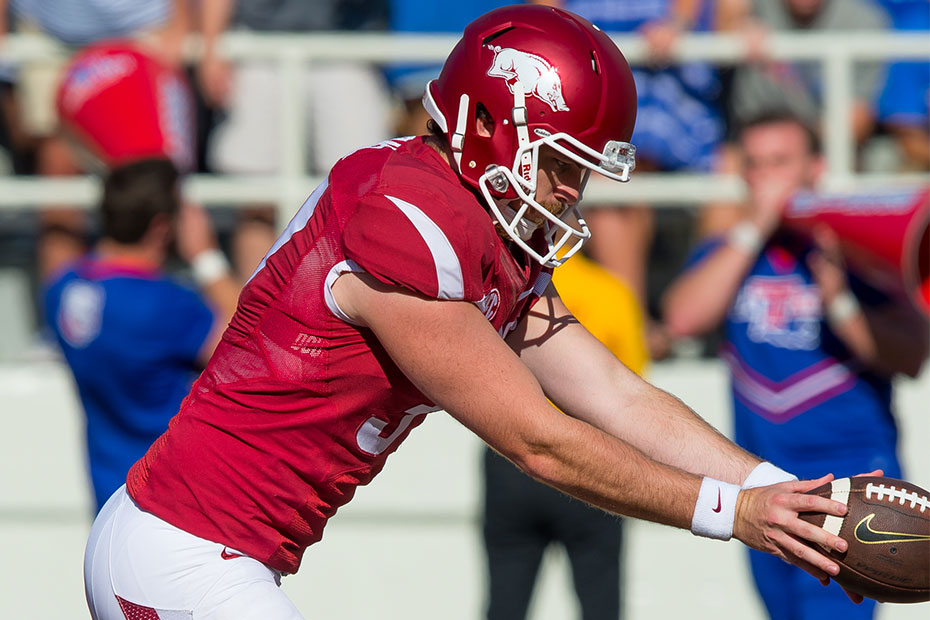 MOBILE, Ala. – Arkansas’ senior duo of punter Toby Baker and tight end Jeremy Sprinkle will compete for the North squad at the 68th Reese’s Senior Bowl on Saturday.

The game will kickoff at 1:30 p.m. CT at Ladd-Peebles Stadium in Mobile, and will be broadcast live on NFL Network.

Players arrived on Sunday and Monday before weigh-ins and measurables were recorded on Tuesday morning in front of NFL scouts and media. Both teams took the practice field on Tuesday afternoon for the first time.

Practices on Wednesday and Thursday will be televised live by NFL Network and will also be covered live by ESPN on ESPNU.

Arkansas has had at least one player participate in the Senior Bowl each of the last 10 seasons, and 20 Razorbacks have played in the game during that span.

Baker, a Burlsworth Trophy semifinalist, punted 57 times and finished with a 44.4 average to rank fourth in the SEC and 13th nationally in 2016. He boomed 21 punts 50 yards or longer, including a career-best 60-yarder at Missouri that was downed at the 1-yard line. The Memphis, Tennessee, product allowed only 101 yards on 18 returns for a 5.6 average. In addition, Baker showcased his accuracy throughout the season, placing 23 punts inside the 20-yard line with only three touchbacks.

Arkansas’ all-time leader in touchdown receptions by a tight end, Sprinkle finished his senior season tied for second among Southeastern Conference tight ends with four touchdowns, fourth in yards (380) and fifth in receptions (33). For his career, Sprinkle totaled 71 receptions for 921 yards and 11 touchdowns. Of his 71 career catches, 47 resulted in either a first down or touchdown for a conversion rate of 66.2 percent.