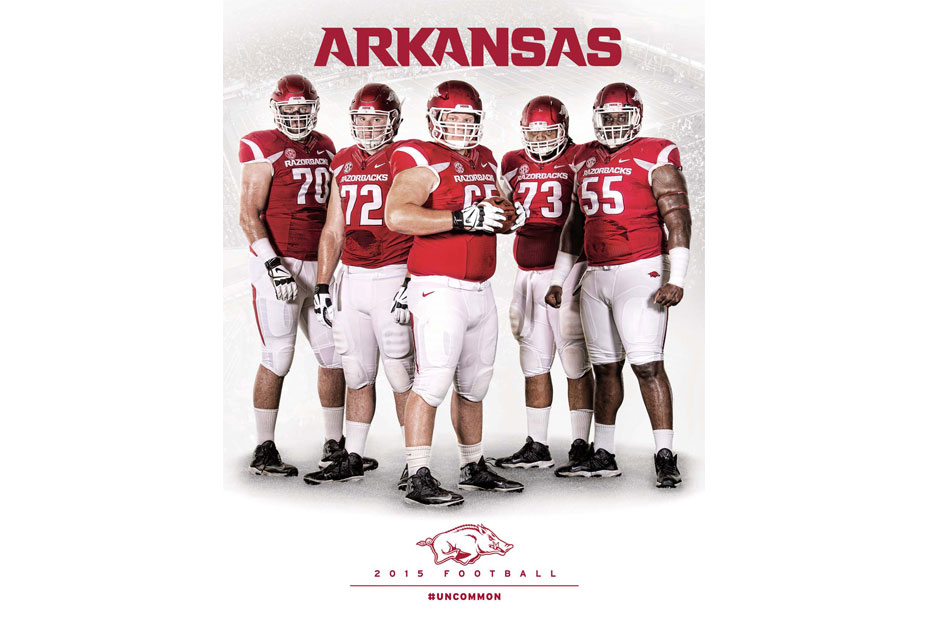 Everyone Is Talking About The Media Guide Cover

Cool statement to make for a program that has found its identity. https://t.co/Gu6hcMmDbZ

The Hogs’ Hogs get star treatment: RT @RazorbackFB: We went BIG for the cover of the 2015 media guide… #Uncommon pic.twitter.com/mXIniEwS1L

How could an Big fella not want to be a Hog don’t to many schools put the online on the media guide cover #WPS https://t.co/FN6ViGtVlL
— Kiero Small (@KieroSmall36) July 11, 2015

In Razorback Country we put our offensive line on the cover of the media guide. #WoooPig pic.twitter.com/a7x5XxAnja

A BIG #WoooPig for our 2015 media guide cover. They are so photogenic in these moments #TrenchHogs https://t.co/jyhpQRxDsW
— Bret Bielema (@BretBielema) July 11, 2015

Bret Bielema knows how to play to his strengths, eh?