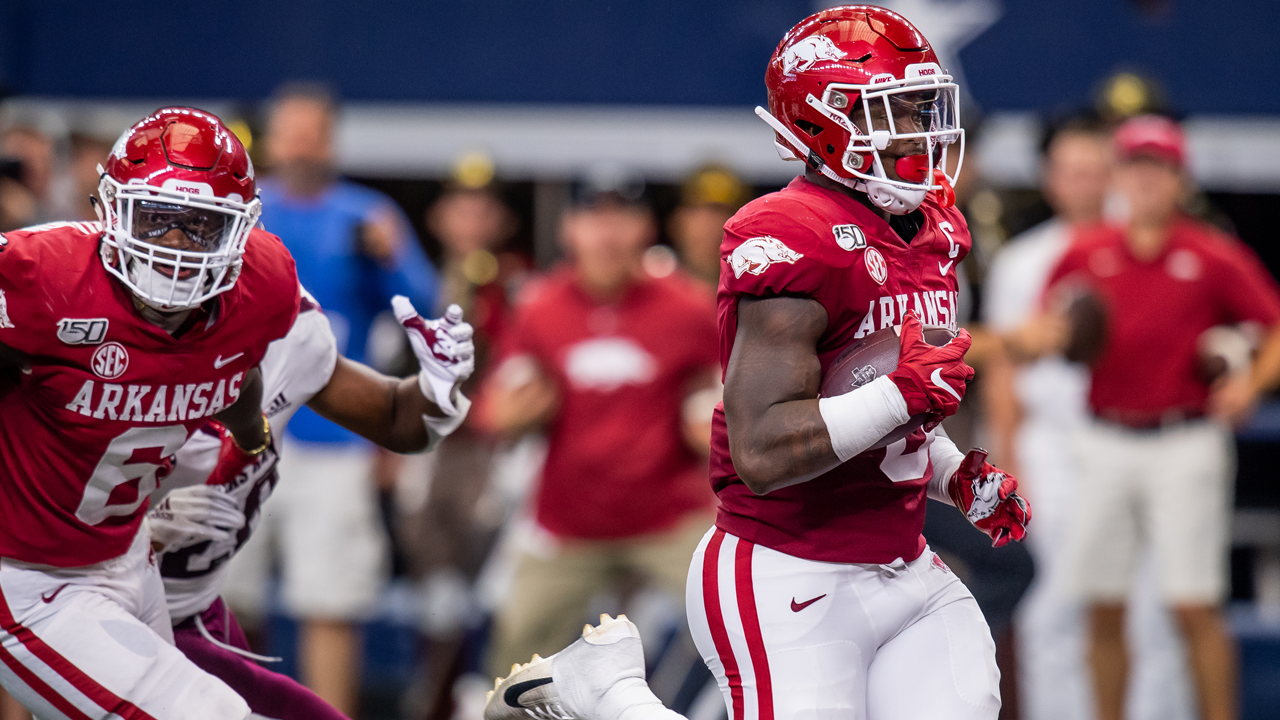 FAYETTEVILLE, Ark. – Arkansas football’s week eight matchup against Auburn has been slated for an 11 a.m. kickoff on Saturday, Oct. 19, at Donald W. Reynolds Razorback Stadium in Fayetteville. The game will be broadcast on SEC Network and can be streamed on the ESPN app.

The Razorbacks and Tigers will square off for the 29th time in the two program’s histories, as Auburn leads the all-time series, 16-11-1. Arkansas has won five times in 12 games in Fayetteville, posting a 54-46 victory in a wild four-overtime contest in 2015.

Single-game tickets remain for the matchup and can be purchased by calling the Razorback Ticket Center at 479.575.5151 or by visiting ArkansasRazorbacks.com.