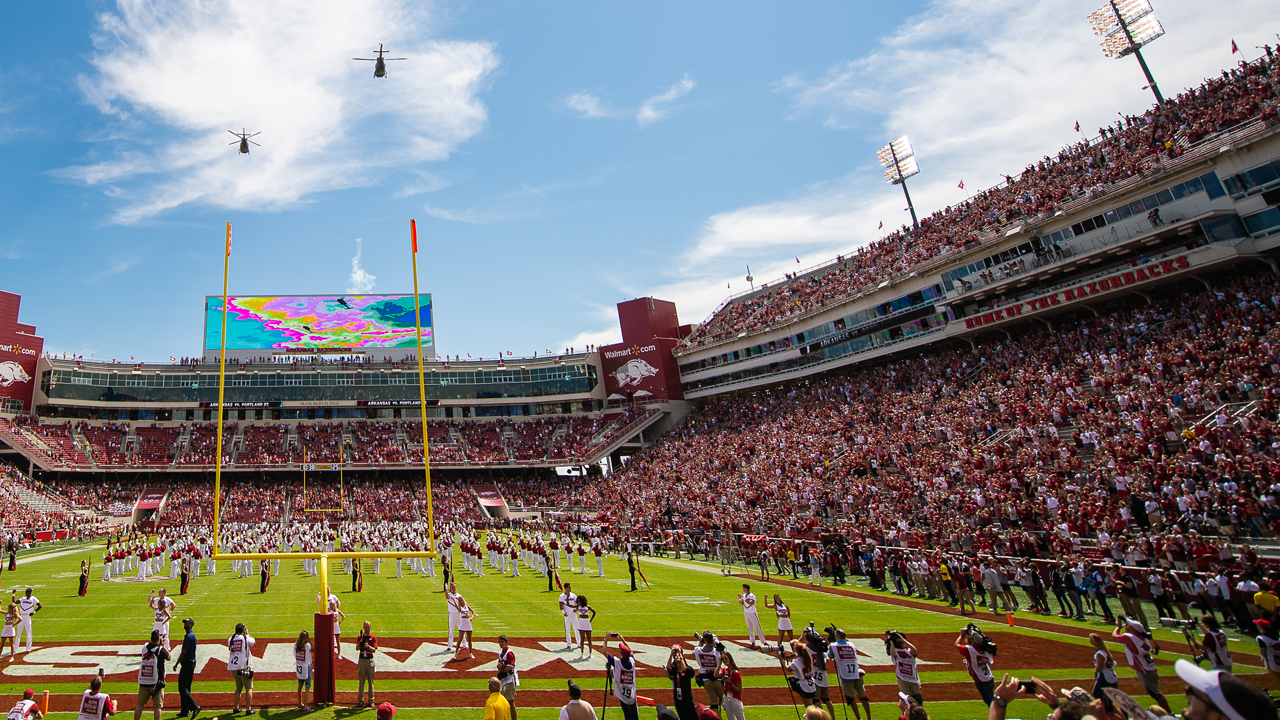 FAYETTEVILLE, Ark. – Arkansas football’s week four matchup against San Jose State has been slated for a 6:30 p.m. kickoff on Saturday, Sept. 21, at Donald W. Reynolds Razorback Stadium in Fayetteville. The game will be broadcast on SEC Network and can be streamed on the ESPN app.

It will be the first meeting between the two programs on the gridiron and second this season against a Mountain West foe, taking on Colorado State on Saturday, Sept. 14, at DWWRS.

Single-game tickets remain for both contests can be purchased by calling the Razorback Ticket Center at 479.575.5151 or by visiting ArkansasRazorbacks.com.