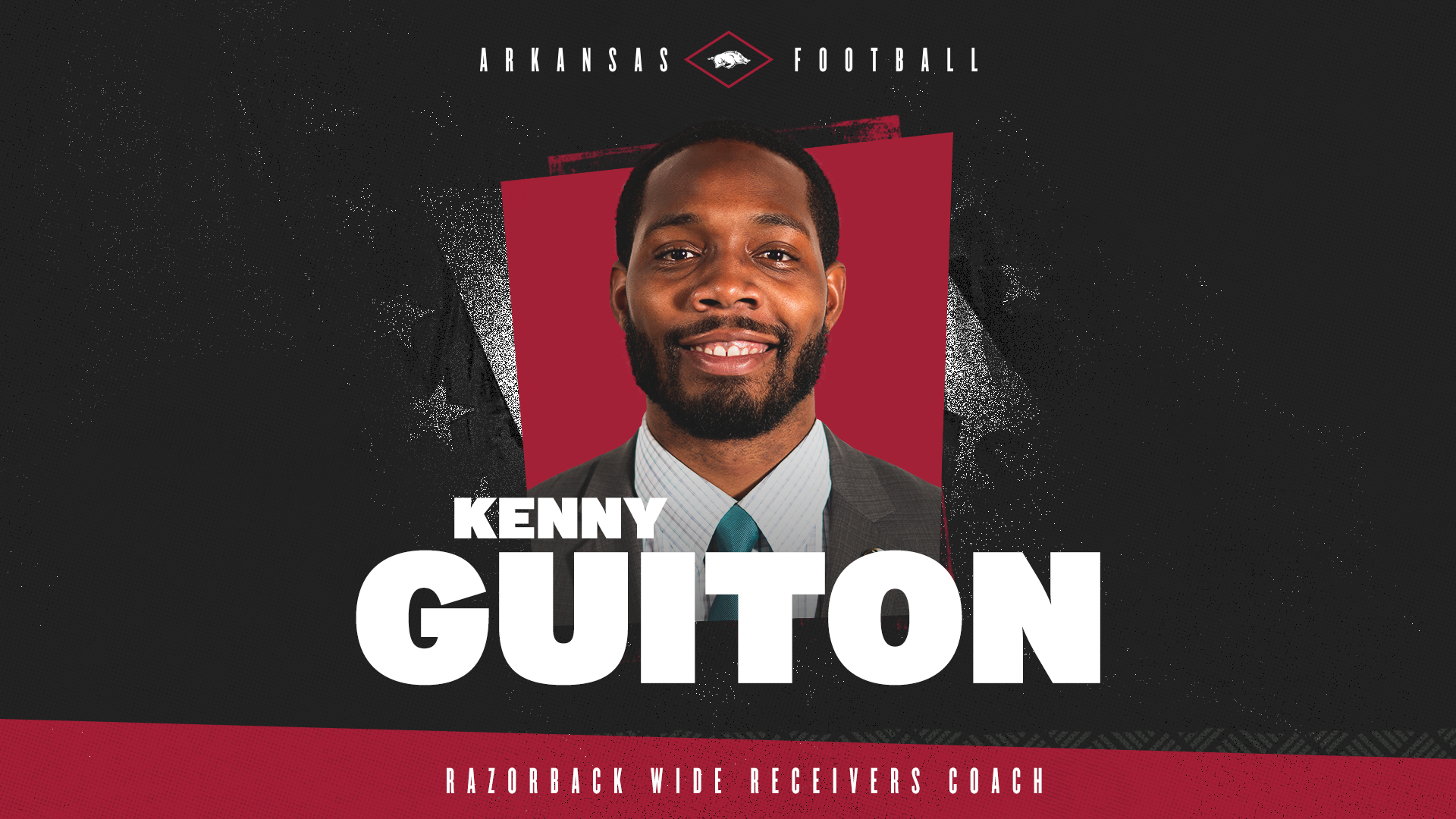 Guiton heads to Fayetteville after spending the 2020 season on staff at Colorado State. The Rams played four games this past fall with one of Guiton’s receivers – Dante Wright – finishing second in the Mountain West with 105 yards per game. Wright also averaged 15.8 yards per catch with teammate Trey McBride averaging 15 yards per catch.

Prior to joining Colorado State, Guiton spent one year coaching the wide receivers at Louisiana Tech (2019) and two seasons leading the wide receivers at Houston (2017-18). With the Bulldogs in 2019, he tutored one of the best receiving corps in Conference USA with the team posting the fourth-best passing offense in the league. He developed Adrian Hardy and Malik Stanley into All-Conference USA honorable mention performers with Hardy catching 42 passes for 534 yards and Stanley catching 40 passes for a team-high 649 yards.

With the Cougars he worked with a pair of the most explosive offenses in the nation and worked with Arkansas offensive coordinator Kendal Briles in 2018 when Briles served as Houston’s offensive coordinator. The 2018 Cougars ranked fifth nationally in scoring (43.9 ppg) and seventh nationally in total offense (512.5 ypg). Houston scored 30+ points in all 12 regular season games and 40+ in 10 of those games.

A fast-rising coach in the industry, Guiton was a two-time team captain at Ohio State before beginning his coaching career in 2015 at Houston as a graduate assistant on Tom Herman’s staff. Houston went 13-1 and 9-4 in his first two seasons before following Herman, his former offensive coordinator at Ohio State, to Texas as a quality control for the Longhorns for four months. He quickly returned to H-Town on Major Applewhite’s staff as the Cougars’ wide receivers coach. He helped Houston to four-straight bowl games during his time, including a 2015 Chi-fil-a Peach Bowl victory over No. 9 Florida State, and saw the Cougars have at least one 1,000-yard receiver each season.

Guiton was a student-athlete for the Buckeyes 2009-13 playing in 22 games as a quarterback. As a senior, he started two games and played in eight total completing 69% of his passes and tossing 14 touchdowns for the 12-2 Buckeyes. He had a brief stint with the Buffalo Bills before joining the LA Kiss of the Arena Football League for the 2014 season.

Guiton is a 2013 graduate of Ohio State University where he earned his degree in Family Resource Management.