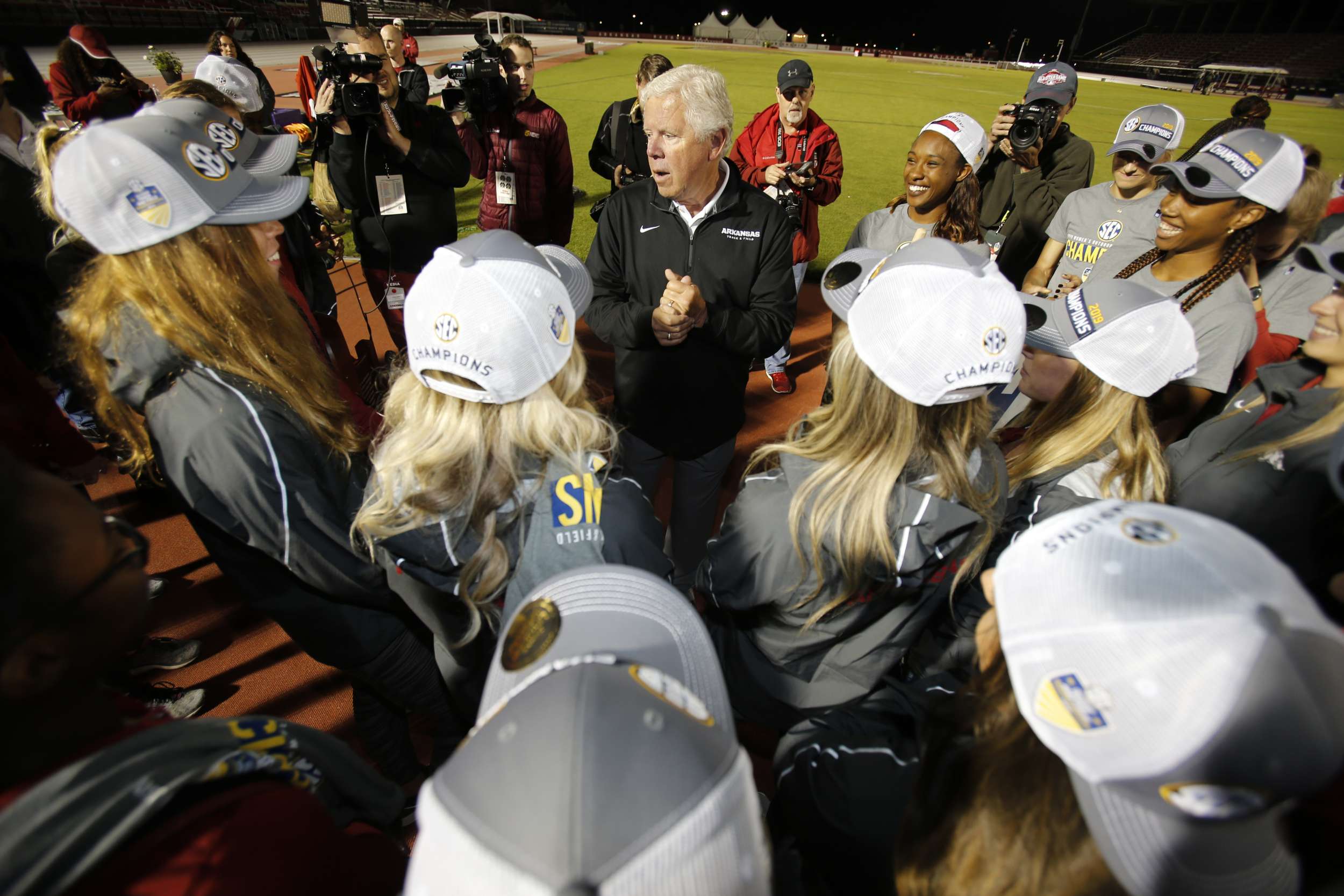 Harter Finalist for National Indoor Coach of the Year

Last year, Harter swept the women’s Coach of the Year honors for indoor, outdoor and cross country seasons as the Razorbacks claimed national titles in each to complete a rare triple crown of championships in a calendar year.

The 2020 indoor campaign resulted in a sixth consecutive SEC Indoor team title for Arkansas, even though they opted to red-shirt some members of the team including a pair of returning SEC Indoor champions.

In winning a 10th indoor conference team title, the Razorbacks totaled eight medalists in the meet – four gold, one silver and three bronze.

Of the 102 team points scored by Arkansas in the SEC Indoor Championships, 72 came from middle distance and distance events. The Razorbacks produced 23 points in the mile, 17 each in the 3,000m and 5,000m, five in the 800m and won the distance medley relay for 10 more points.

Ranked No. 5 in the national team index ratings, Arkansas qualified 11 athletes in seven events for a total of 11 entries in the NCAA Indoor Championships, which were canceled last weekend.