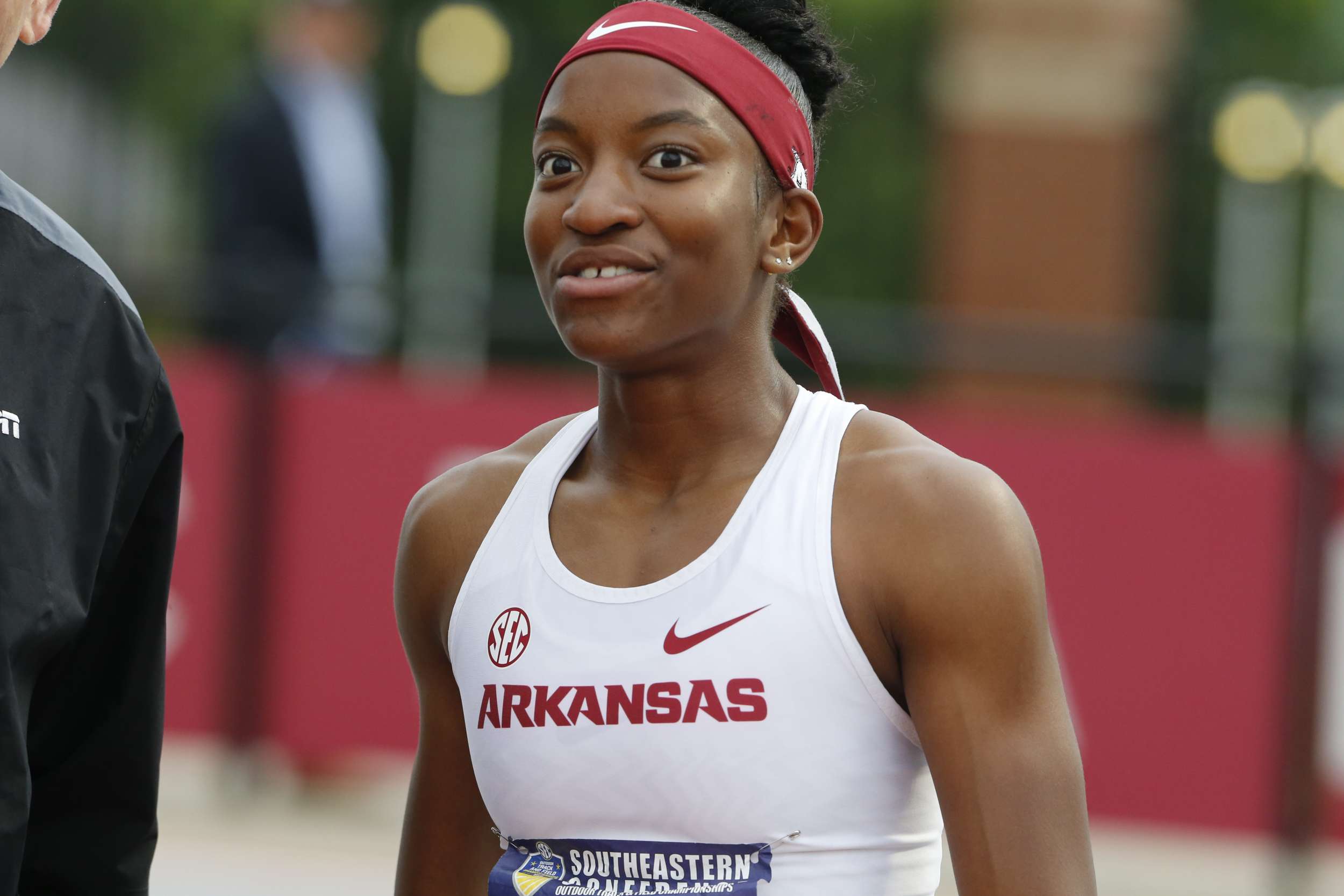 Harter, in his 29th year as Head Coach at Arkansas, guided the Razorbacks to their eighth-consecutive SEC title with a total of 139.5 points. Arkansas ranks at the top of the leaderboards headed into the final site of the NCAA Championships with a national-best of 17 qualifiers to Austin.

Johnson, in his seventh year with Arkansas, had nine of his athletes advance to the National Championships. He coached Janeek Brown to a world No.2 mark of 12.55 in the hurdles while also lowering her 200-meter personal best 22.47. She won the SEC Championships in the 100-meter hurdles. As a complete unit, his group accounted for 46% of Arkansas’ 139.5 points as the team captured the SEC outdoor title. Johnson’s athletes accounted for nine top-10 marks on the all-time list at Arkansas with performances from this season. Of the Razorbacks NCAA-leading 17 entries to nationals, nine are from Johnson’s sprint/hurdle/relay group.

A sophomore from Kingston, Jamaica, Brown is ranked first nationally in the 100-meter hurdles at 12.55 and second nationally in the 200-meters at 22.47. Earlier this season at the Arkansas National Relay Championships, Brown posted the second-best, single-day double in the 100-meter hurdles/200-meters in world history, trailing only Jackie Joyner-Kersee. Brown is also a member of the Razorbacks’ NCAA-qualifying and school record 4×100 relay team.

Each of the nine regions honored both genders’ top track athletes and field athletes, and the top men’s and women’s head coaches and assistant coaches.

Arkansas’ NCAA-leading 17 entries will take the track at the 2019 NCAA Division I Outdoor Track & Field Championships next week in Auston, Texas.