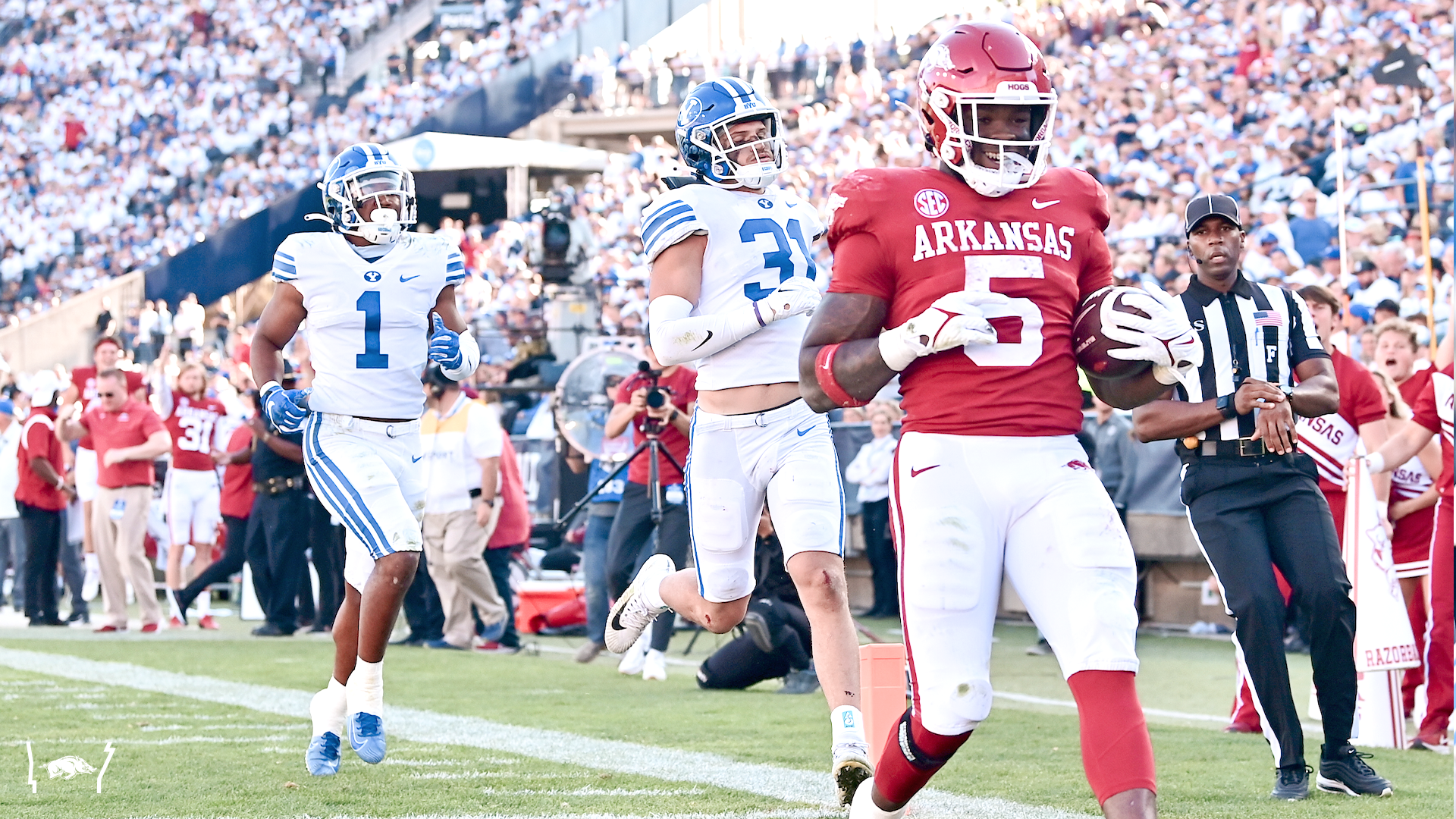 PROVO, Utah — Arkansas took down the BYU Cougars by a score of 52-35 in the first ever meeting between the two teams. Up next, the Hogs will enter the bye week before heading on the road to face Auburn.

Rocket Sanders finds the endzone at the end of his 15 yard run to tie up the game.

KJ Jefferson finds Trey Knox in the endzone for a 6-yard touchdown pass. Little converts the PAT and the Hogs take the lead.

The Razorback defense holds on fourth down to force the turnover on downs. Hogs get the ball in BYU territory.

Jefferson finds AJ Green for 30 yards to get the Hogs to 1st and goal.

Jefferson finds Matt Landers for his first touchdown as a Razorback and to give the Hogs the lead.

Hudson Clark snags the pass to get the interception and the Hogs first forced turnover today.

Sanders breaks loose! To the endzone with 64 yard rush!