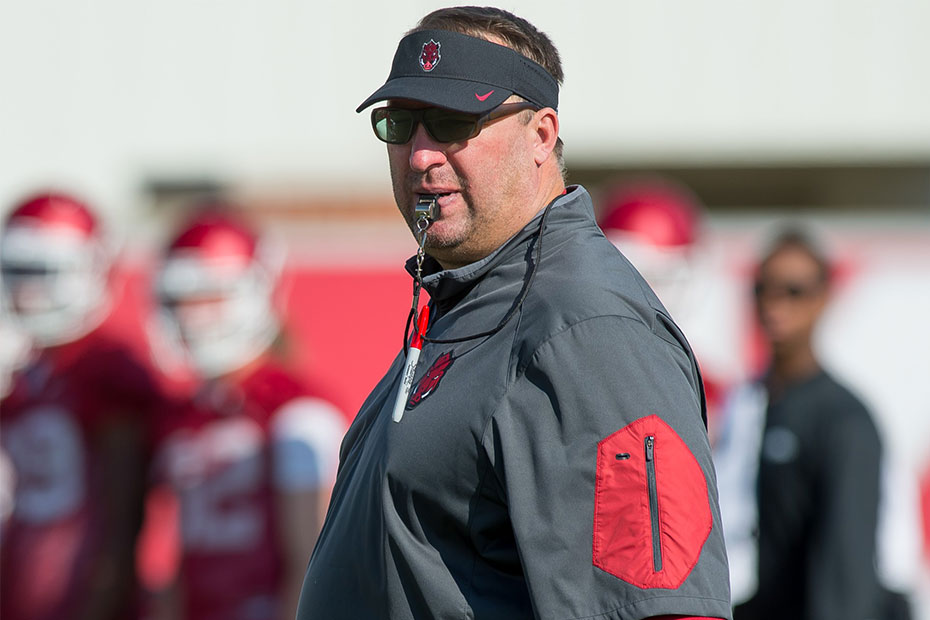 FAYETTEVILLE, Ark. – After a day off Wednesday, the Arkansas football team returned to the practice fields Thursday for the third time this week and the sixth time this spring.

Coming off a 21-period fully padded practice, the Razorbacks went through just 17 periods in just helmets and shoulder pads.

The team turned its attention to red zone work, while Thursday’s practice also included individual, team and 7-on-7 drills.

Fans will have their first opportunity to watch the 2016 Arkansas football team Saturday inside Donald W. Reynolds Razorback Stadium as practice is free and open to the public. Gate 1 will open at 10:30 a.m., with practice scheduled to begin at 11 a.m. Seating will be restricted to west side of the lower bowl.

Last Saturday’s practice saw a 62-play scrimmage that consisted of mostly running plays. However, this Saturday figures to showcase a more open playbook and game-like situations.

After Saturday, the next chance for fans to catch the Razorbacks in action is at the annual Red-White Spring Game presented by Contour by Cox on Saturday, April 23. Kickoff is scheduled for noon inside Donald W. Reynolds Razorback Stadium. The event is free and open to the public.