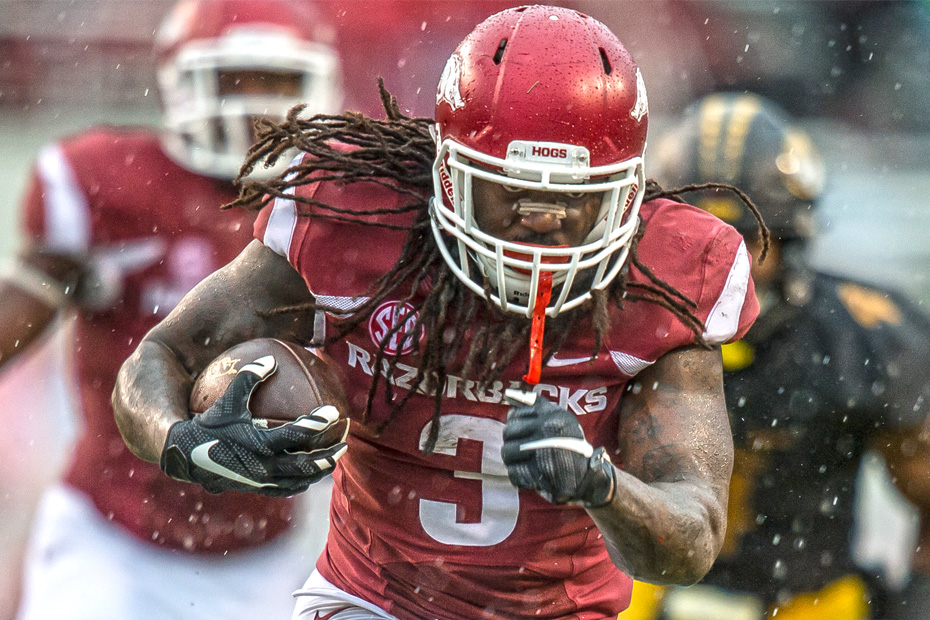 The Razorbacks manufactured 310 yards of total offense while holding the Tigers to just 171 yards.

Collins’ 130 yards rushing marked his sixth 100-yard game in SEC action, equaling Darren McFadden’s program record set in 2007. He leads the SEC with nine 100-yard rushing games this season, and his 17 touchdowns are tied for second-most in Arkansas single-season history and fourth-most currently in the FBS. The Fort Lauderdale native also moved past Ben Cowins for sole possession of fourth in Arkansas history with 33 career rushing touchdowns.

The Razorbacks took a 21-3 advantage over the Tigers into halftime. Collins found the end zone three times in the first half on runs of four, seven and 25 yards while the defense held Missouri to just 93 yards of total offense, surrendering only a 35-yard field goal.

Arkansas extended its lead 28-3 when junior running back Kody Walker capped a five-play 34-yard drive with a 9-yard touchdown run at the 2:33 mark in the third quarter.

Defensively, the Razorbacks held strong throughout the second half, forcing four punts, one turnover on downs and one interception while allowing just 78 yards en route to a 28-3 victory.

The Razorbacks will wait to hear their postseason future when bowl selections are announced in early December.