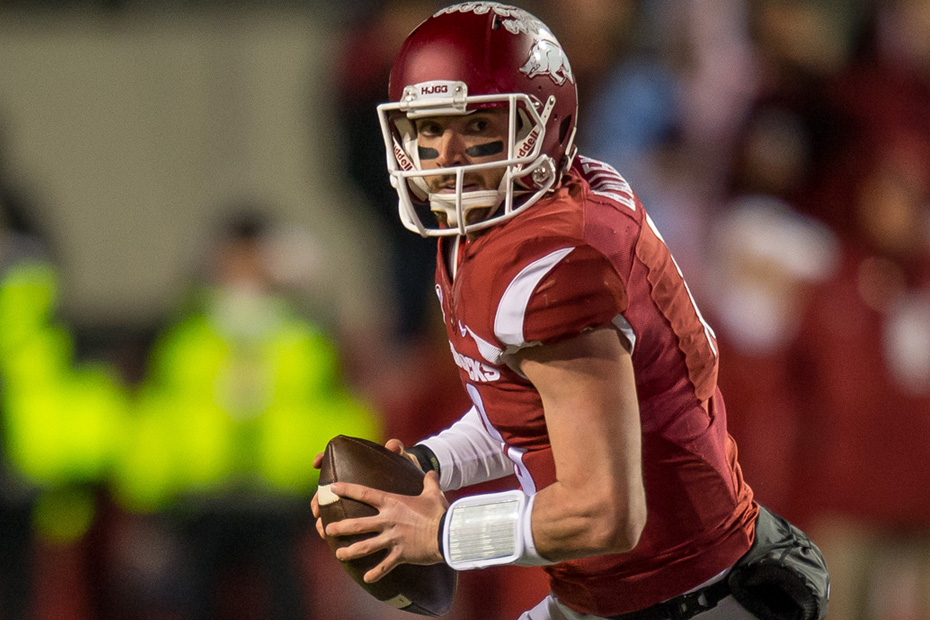 Despite the setback, Brandon Allen turned in another incredible performance. The senior signal caller had scoring throws of 20, 5, 9, 3, 39, 10 and 18 yards, and finished 30-of-43 passing for 406 yards, becoming just the second player in SEC history to throw seven touchdowns in a league game.

Arkansas will host Missouri for its regular-season finale Friday, Nov. 27 at 1:30 p.m. The game will be broadcast nationally on CBS.