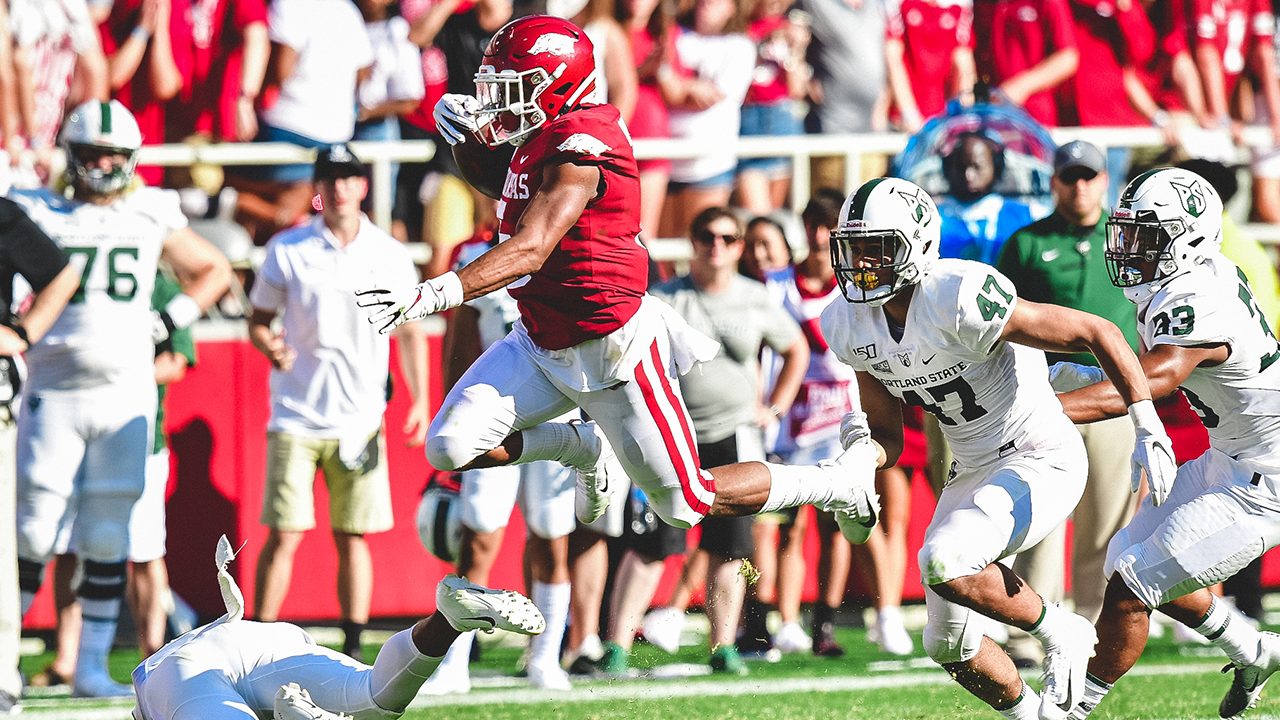 FAYETTEVILLE, Ark. — The Razorbacks (1-0) beat Portland State (0-1), 20-13, at Donald W. Reynolds Stadium Saturday. Touchdowns on the ground from Devwah Whaley and Rakeem Boyd, along with three Hog interceptions, were enough to grab a win in the season opener.

Following a six-play, 42-yard drive, senior K Connor Limpert knocked through a 34-yard field goal to tie the game at 3-3 with 9:40 left in the first quarter.

​Senior RB Devwah Whaley scored Arkansas’ first touchdown of the 2019 season, punching it in from one yard out with 3:19 left to play in the first quarter. It was Whaley’s 13th-career touchdown, and his first since Arkansas played at Colorado State (9/8/18) last season.

On third and long, Arkansas forced its first turnover on the young season, as junior SS Kamren Curl continued his excellent day by nabbing his first-career interception. Curl also had two sacks in the first half. ​​

Junior QB Nick Starkel connects with ​​freshman WR Trey Knox for 38 yards, the Razorbacks longest reception of the game. It was also the longest reception by a true freshman since Devwah Whaley hauled in a 43-yard pass against Florida back in 2016.

Sophomore CB Jarques McClellion nabbed his first-career interception playing with 7:25 to go in the third period. The second INT of the day for the Hogs shifted second half momentum back to the Razorbacks.

Sophomore WR Mike Woods put him on SKATES! The 15-yard reception was the long on the day for the second-year player, and drew quite the reaction from the Razorback faithful.

Junior RB Rakeem Boyd scored Arkansas’ second touchdown on the day, breaking through from two yards out with 2:20 left to go in the third quarter. The score would give the Hogs an 11-point cushion over Portland State as the two teams headed down the stretch.