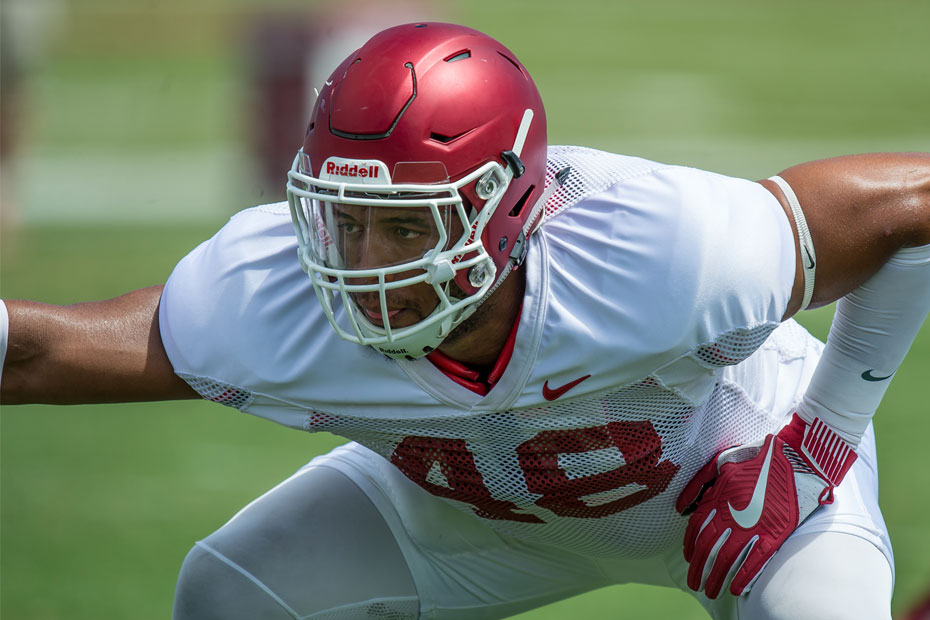 FAYETTEVILLE, Ark. – The Razorback football team was back on the practice field Thursday as it continued working through its preseason schedule in preparation for its Sept. 3 opener with Louisiana Tech.

After its first two-a-day practice of the preseason Wednesday, the team got a much welcomed respite from head coach Bret Bielema this afternoon. Bielema stopped practice early after the 13th period and allowed the team to cool off at the pool inside the HPER building, located right across the street from the Fred W. Smith Football Center.

The Razorbacks still got plenty of good practice time in as Coach Bielema was adamant on finishing the week strong before the first scrimmage of the fall on Saturday. According to Bielema, the scrimmage is expected to go 50 to 60 plays and will take place inside Donald W. Reynolds Razorback Stadium.

Practice Quick Hits
• The Razorbacks battled through the intense heat for 13 periods before Coach Bielema called practice early and allowed the team to cool off inside the university pool at the HPER building.

• The Hogs focused on first downs and some short yardage situations with many running backs including Devwah Whaley and Damon Mitchell getting reps from the backfield.

• Quarterback Austin Allen connected with Anthony Antwine on a short out route during down and distance portion of practice. A couple of plays later, Allen hooked up with wide receiver Drew Morgan on the same play that would have resulted in a first down.

Up Next
Friday will be the second two-a-day practice for the Razorbacks this preseason. The underclassmen will practice in the morning at 10:15 a.m. while the upperclassmen will join for the afternoon session at 7:50 p.m. Both will take place on the practice fields at the Fred W. Smith Football Center.