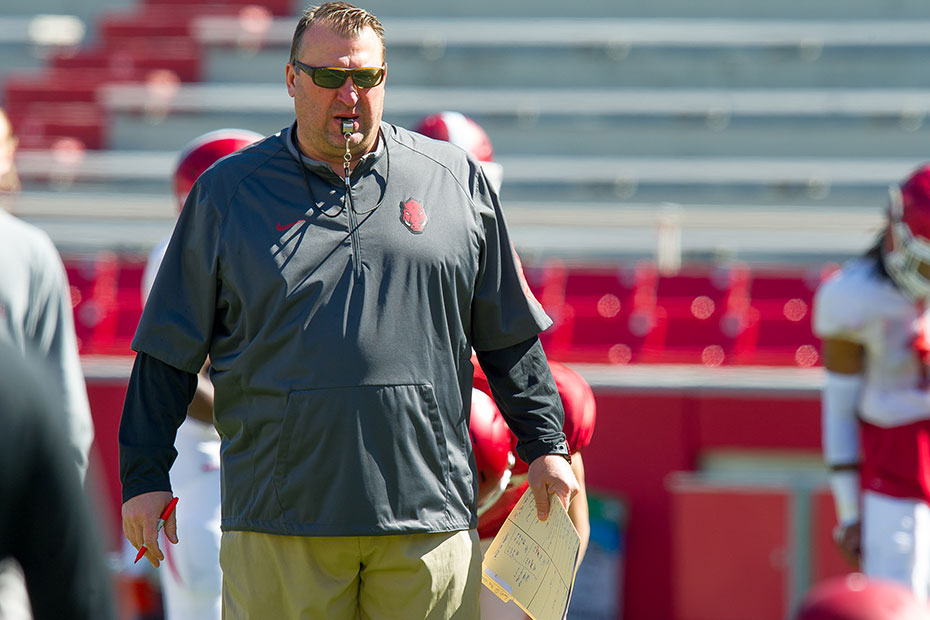 The Razorbacks will hold their annual Red-White Spring Game presented by Contour by Cox on Saturday. Kickoff is scheduled for noon inside Donald W. Reynolds Razorback Stadium. The game is free and open to the public and will be broadcast on SEC Network and SEC Network + with Mike Couzens, Clint Stoerner and Kayce Smith calling the action. Fans can also listen to the game on 92.1 FM in Fayetteville.

After the conclusion of the first quarter, the 2015 John Mackey Award trophy will be presented to consensus All-American and former Arkansas tight end Hunter Henry.

Game Setup and Scoring:
• The first team offense and defense will wear white, while all others wear red.

• Four quarters: The first half will feature two 12-minutes quarters, while the second half may have a continuous clock.

• Special Teams Scoring: Field goal shootouts will be at the end of the first and third quarters.

• The ball will be spotted at the 25-yard line on the opening possession and the first possession following halftime.

• After a score, head coach Bret Bielema will decide where the ball is placed.