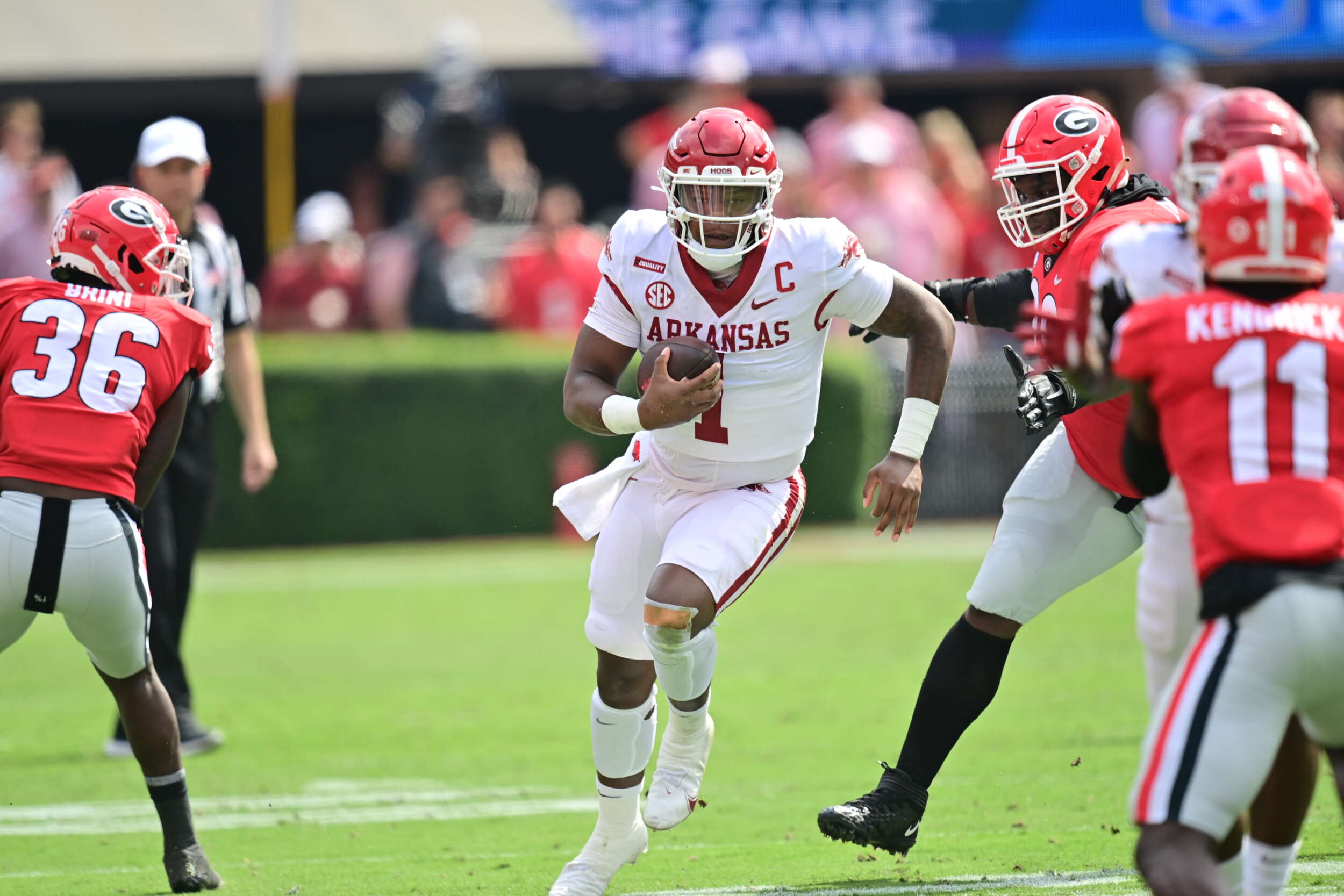 Hogs in Top 20 in latest polls

For the fourth straight week, the Arkansas Razorbacks are ranked in the major Top 25 polls checking in at No. 13 in the Associated Press poll and No. 16 in the USA Today Coaches’ poll.

The four consecutive weeks in the Top 25 are the most for the Hogs since spending six straight weeks ranked in 2016. The team’s current four-week streak is the second-longest since the Razorbacks spent 26 weeks in a row in the Top 25 over the 2010-11 seasons.

Arkansas heads into another Top 20 showdown this weekend at No. 17 Ole Miss. The Hogs and Rebels last met as ranked teams in 2016 when the No. 22 Razorbacks topped the No. 12 Rebels 34-30 on homecoming in Fayetteville.